Drawn from the novel of the same name by Philippa Gregory, and part of The Cousins’ War book series, “The White Princess" sees England ostensibly united by the marriage of Elizabeth of York (Lizzie) and King Henry VII, but their personal and political rift runs deep and the war that rages between them threatens to tear the kingdom apart once again. “The White Princess" is a tale of power, family, love and betrayal, which charts one of the most tumultuous times in British history uniquely from the point of view of the women waging the ongoing battle for the English throne. The White Princess, Season 1 Wiki

The White Princess tells the story of one of the most fascinating periods of British history, spanning the winter court of Henry Tudor – uniquely from the women's point of view. The most ruthless players in history will stop at nothing to support their own causes and those of the ones they love.

Kingger - I loved this series.

I found this show to be awesome. You should watch it.

direwolf75 - white queen was much better

The comparison between The White Queen and The White Princess is unavoidable, and the former wins BIG. The performances in White Princess are quite weak and the strory line is a little over the place.

The show was just as great as the book, I can't wait to see what book they do next

Fantastic followup for the White Queen.

Starbück - Based on a novel and good!

This is based on a novel and did a decent job of following it. In terms of historically accurate, of course not, but a great show none the less!

Hope there is another season, or another miniseries the way they teased us with Wolsey at the end! But there was so much missing, and so much more to learn about the Tudors how did they end up marrying into the Stuarts line, and Arthur's death and Lizzie's other children and much more!

The second season of White a great sequel to The White Queen such valuable show you can't miss it. Purchased instantly.

GV23 - To the reviewer above

White as in the color of the rose! If you know anything of history, the Wars of the Roses had red and white roses. If you look at the Tudor rose, it is red and white, to symbolize the joining of the two factions. This has NOTHING to do with race. Good God people need to learn their history!

Willneverreviewagain - Better than the white queen

I thought this production was excellent. I liked the white queen & this is much better. Much better script/sets& acting. I am glad we're leaving the Disney princesses behind and portraying the lives of these woman more realistically.These women were tough, smart and made things happen. Being a real princess was always a tough job with little control and few choices unless you learned to take and use power effectively or die trying.

Victarionk - Outstanding! I enjoyed every minute

Everything about The White Princess was great. The actors delivered amazing performances. I loved and hated Michelle Fairley as Margaret Beaufort. Don’t hesitate to watch TWP if you’re a fan of historical dramas with a good script.

Follows authors book well. Unlike some other historical dramas, this remains fairly faithful, though would have loved to have seen more realistic production value of the hardship of the times (even with wealth) that is so well written and described by the author, translate to the small screen.

I am trying to download this tv series...but there are no episodes...help!!!

Terrible TV series. Cheap looking sets and very badly writtten script. Also, why is Caitlin Stark in it? It is impossble to suspend your disbelief.

Mr Mulley - Where are the remaining 4 episodes?!

I have paid for the full season, but the last 4 episodes have not showed.... where are they?

Where are the rest of the episodes??

A qaulity romance at last!

So, I just started watching The White Princess..and just realized the woman Villanelle smooches with, Pamela the to… 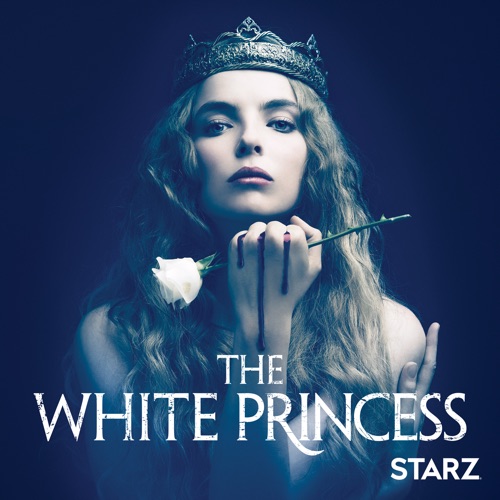