Now that Mike (Patrick J. Adams) is officially recognized as a lawyer and has accepted Harvey’s (Gabriel Macht) offer to return to the firm, Season 7 will see the team back together again at Pearson Specter Litt - each dealing with their own struggles as they adjust to a new world order without Jessica (Gina Torres). Suits, Season 7 Wiki

Now that Mike is officially recognized as a lawyer and has accepted Harvey’s offer to return to the firm, Season 7 will see the team back together again at Pearson Specter Litt - each dealing with their own struggles as they adjust to a new world order without Jessica .

1 - Skin in the Game
Mike returns to Pearson Specter Litt as Harvey takes the reins. Louis manages the new class of associates, while Donna and Rachel find their places in the new world order.
2 - The Statue
Harvey butts heads with his partners over a bold move. Mike pursues a pro bono case with the legal clinic. Donna's actions raise tough questions at the firm.
3 - Mudmare
Louis and Harvey wrangle with new firm dynamics. Mike's latest success brings him unexpected new business. And Rachel's leadership is challenged by an insubordinate associate.
4 - Divide and Conquer
Harvey, Louis and Donna must get on the same page - and fast - when Bratton Gould comes after PSL for poaching an attorney. Mike and Rachel struggle to make time for their wedding plans.
5 - Brooklyn Housing
Mike juggles his work obligations with his promise to help a hurting family. Harvey asks for Louis's discretion in handling a sensitive matter. Donna vets a possible addition to the firm.
6 - Home to Roost
Mike deals with blowback on his prison case. Harvey struggles to tell Donna about his relationship with Paula. Louis’s past poor behavior comes back to haunt him.
7 - Full Disclosure
Harvey learns the scope of Alex’s involvement in the prison case, while Mike races to keep it alive. Lipschitz forces Louis out of his comfort zone. Donna struggles with her work/life balance.
8 - 100
Harvey and Mike seek outside help to overcome an impossible situation. An unexpected encounter derails Louis's search for a new associate. Donna receives a surprising proposition.
9 - Shame
Mike proposes a power move to boost business, but Harvey's past complicates matters. Rachel is surprised when her dad offers a chance to join forces. Louis mentors Brian.
10 - Donna
Mike and Harvey's power move is countered, putting their backs up against the ropes. Rachel fears her father's judgment is clouded by the past. Louis aids Alex when his client comes under fire.
11 - Hard Truths
Harvey and Louis fight to protect the future of the firm from its past. Alex worries Mike's instincts could risk a client relationship. Donna and Harvey delve into the aftermath of their kiss.
12 - Bad Man
Harvey has to call in an old debt for the firm. Mike goes toe-to-toe with an unlikely opponent. Louis comes to term with his new role.
13 - Inevitable
Harvey is forced into a difficult decision when the impossible is asked of him. Mike and Rachel try to make time to discuss their future. Louis struggles with the rules of his relationship.
14 - Pulling the Goalie
Mike's attempt to distract Harvey with a case backfires. Louis tries not to let emotion affect his judgment in a legal duel. Donna finds a way to prove her worth to the firm.
15 - Tiny Violin
Harvey and Louis are blindsided by an attack against Specter Litt. Meanwhile, Mike can't turn his back on the clinic when a class action suit overwhelms Nathan and Oliver.
16 - Good-Bye
It's all hands on deck as Louis, Donna, and Alex defend the firm, while Harvey aids Jessica on a case. Mike and Rachel juggle their commitments to the firm, the clinic, and each other.

the good german - this show is done!

The finale of this season shows that there is no more juice in this show. I watched every episode since the beginning of the show and I never felt more bored by a season then this time and the ending is just another example. It is time to let this show go...

Donna was wonderful as the smart witty secretary- obviously she’s used her connections to try to become the next Jessica, which is RIDICULOUS in the story and the logic. The show has JUMPED THE SHARK TIMES TEN and is like a bad student project now. Way to let the actors run the show into the ground.

Cottboy - Why do I have to buy the season finale when I have already paid in full for the season pass ?!?!

Why do I have to buy the season finale when I have already paid in full for the season pass ?!?!

Been watching from th every beginning. Love the premise - interested to see where the final season goes!

While I am to this day bothered by Mikes consistent stupidity and drive for selfish justice at all costs this show has taken a modern day legal show and given it an undertone of intention to deliver a message of looking at integirty with each episode. They show clearly how each of us justifies our own version of integrity and how some things really are grey and not necessarily black and white.

Worst season by far! I didnt mind the language in the other seasons but dropping f bombs in every episode? F*** that noise!

They can pull back a little bit on the language but the show is good always have been. I’m not sure how they going to deal with the exit of Megan Markel. But maybe her and Mike can retire or go work for some charity organization. Then Harvey Donna and Louis can go to Chicago with Jessica, says they’re going to be doing a spin off anyway

Such a great show and love the characters. There are moments that drive me crazy but most of the time, it’s really great TV. I always look forward to the next season.

I absolutely love this show but... What’s up with the rest of season 7? Is the episode “Donna” the last?

livmcamp - Favorite show of all time!!

LOVE LOVE LOVE this show! Never want it to end:)

I don't know if it's iTunes of if it's the network but my language is being censored and I hate it. Leave it like the writers wrote it and stop babying the viewers please. Loving the show, please don't censor the language!

What the heck happened to this show? Litt needs his lights turned out because he is so effing annoying!!! Even more than he already was. The characters are turning on each other at the drop of a hat. The conflicts seem contrived and manufactured. Dule Hill's character this season would have been well served to be seen early in the series and then return. That whole conflict between him, Harvey and Mike needs a dang flowchart to follow. One day it's Harvey against Mike and the World, the next day the world is against Mike and Dule, with Harvey leading the charge on the side of the world. Then Zane (either one) is selectively against mike, no matter which one he is sleeping with... Sheesh... get the heck together already.

Chaud Blaze - They know how to keep the ball rolling.

But I agree with seanmichealhayes with with the horrible language picking up as well.

This was a good show, but if the over use of "God Dmm" wasn't enough, now they say the EFF word every episode too. ...and Donna made partner/COO? This is worse than the "The Donna" device storyline from previously. C'mon, you have a decent show and decent characters, Donna is a secretary character, stop stretching it to make the actors happy. Focus on the story, and get back to the earlier season's quality.

It's annoying how the f-bomb is censored. The script wrote it. USA approved it so let me hear it please

ive watched all of the their seasons and i have to say i think this is the best one ive seen. It reveals so much more about the characters personalities. can't wait for the nxt episode to come out already:)!!!

I really love this show and i've been watching it from the start. But it really bothers me that it's not really filmed in NYC. Each time they show something shot outdoors I think it's a fraud - like they said Mike was. It's a fraud saying the show is taking place in the best cities of all - NYC - and then it's filmed in Canada. Go and film in New York - be real guys!!!

Taindo - This show keeps getting better and better

I love the direction this show is going and we are seeing a completely different side of all of the characters involved. As all of the new characters are adjusting to their new roles, each is confronting unfamiliar territories at the firm, and all of them are having to make adjustments as they're all out of their elements. All of the actors are doing a great job of portraying their newly uncovered weaknesses that have surfaced with Jessica's departure. Please renew for an 8th season!!

Thank you for starting again. I miss you all!

fey 2 - AWFUL WHY DID THEY SPOIL A GOOD SERIES

ARE THEY KIDDING...they all look weak and tired..the plot now is a joke Donna a partner...Harvy driving around in a hot car looking ridiculous...not to mention the rest.....too bad it was fun while it lasted....some things need to end .....

Cash is King. - Been waiting for iTunes to add S7!

Just watched the 1st episode of Season 7 and as I’d expected, this season would continue to rock as always! And for those who haven’t watched Suits, give a try and I guarantee you that you’d love the show as much as us Suitors do!

Amazing start so far! Hoping it will be the best seasons yet

Gosh, I'm just reminded why I've come so far with this show, absolutely great start to the season, excited to make Suits apart of my regular schedule again!

Donna has lost her rabbit mind in the first episode of Season 7. Ain’t no way on EURFF a Legal Secretary could be a…

Oh snaps, Season 7. Let me get my popcorn. Season 6 might have been the best season yet. But no JP for Season 7. 😢 #Suits

I wish I never started binge watching #Suits it's the same shit every episode 🤭 I'm on season 7 pray for me.

@colors_infinity: Harvey Specter is back to entertain to you! Binge watch on season 9 of @Suits_USA, today from 1 PM to 7 PM EXCLUSIVELY…

Just completed suits season 7 and its finale already saying goodbye to both mike goddamn rose and Jessica.. no way…

@popexpaulsen @swancharmings but we're in season 7 of suits, way before the corona outbreak, it's cool 😎

Here’s your silver lining in the clouds of boredom! Binge watch on Season 9 of @Suits_USA, today from 1 PM to 7 PM… 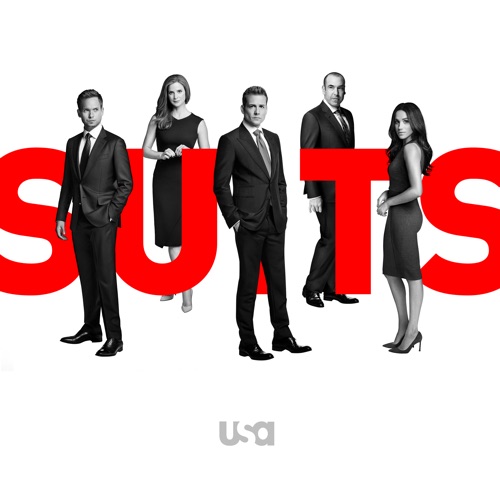