Modern Family stars the Pritchett-Dunphy-Tucker clan, a wonderfully large and blended family. Together these three families give us an honest and often hilarious look into the sometimes warm, sometimes twisted, embrace of the modern family. Modern Family, Season 9 Wiki

Ok im just going to say please bring Andy back. He is by far the best BF Haily has ever had he is the most liked by the fans. Think how it would be if Ross and Rachel never got back together...EPIC FAIL!!!! (no offene to the british guy). The rest of the episode was great.

Danny and Kimmy - Not the best season

I am a huge MF fan! I honestly have to ask, what happened?!? Did they change writers? Seasons 1-8 were good, but I have to say that 8 was a four star, with the rest being 5. Season 9 had a few moments, like Cam at the lake having boat issues (I won't give it away). That is classic Cam. Jay, Phil, Clair and Haley are my favoriets and they still did their ususal great job, but some of the lines for them and the rest of the cast were weak and almost forced. I hope they bring it back to the old type of humor. Where are the funny neighbors? I loved them! Why pass off Clive and Juliana? Let's get another great Halloween episode in season 10. Maybe try a Europe MF episode or make it a 2 episode visit. They can keep this show going another 5-7 years if the writing gets better. Hire me, I have a ton of ideas for the show. Shake it off MF and get back to the basics.

Bodalenko - The show has lost its sparkle.

Something very wrong with the latest series. Julie obviously had work done, Ty's as funny as a car wreck, Sofia's looks bored, Ed looks like just reading words, and the kids are far to prominent and basically boring, especailly Ariel and Nolan. The only ones even remotely funny this season are Jesse and Eric. Even the cameos by A grade celebs has stopped. I loved the first 5 seasons of this show and have purcahsed every season, so I care about it. Sadly unless the last episodes are a huge improvement I won't be purchasing the next.

Writing in this season is terrible and forced. The women in the cast have definitely had work done on their faces so they expressions are not the same and the acting itself is lazy. This used to be a good show, but it’s Time is up.

my family and i watch this show nonstop. its a great feel-good pastime. my only complaint would be lily’s acting, which hasn’t improved over the years.

This season is so, so sad! Can the writers please return to churning out bellyachingly funny episodes instead of these uninspired ones which don't even lift off with the help of big-name cameos. I LOVE THIS SHOW!! Please resurrect it!! And please stop reducing the endearing characters to tired clichés.

Why the Gag reel is not playing? :(

Lili is growing up and I am getting old

This show just jeeps getting better and better every season

Zookeeper67 - Producers mouth ran away with him

Love the show, it’s really unfortunate for the cast and crew that the producer let his mouth run away with him. He should really consider the full impact of his words on the people who depend upon him before he puts them out for public consumption. I am boycotting the producer hence, the show. Will never add it to my digital collection. May only be one loss; consequently, it’s representative of many more.

MODERN FAMILY IS THE BEST SHOW EVER

Entire season is out but only 2 new episodes uploaded per week? What’s the point of getting a season pass then?

Just watched season 9 all episodes to to date, cant wait for next one. Great writing again this season, thank you for my smile face

I hate how this show has been held until it’s shown on Australian TV. Season Pass buyers are left unable to watch it months after it has been released. Great show but terrible service after paying $.

9 years in and this show is still just as great as it always has been!

Tvtv. They I tv Great t

You can get all of the series plus loads of other tv shows on now tv for 5:99 a month just download the app (entertainment pass)

A genius comedy series that has gone from strength to strength. This season is as fantastically funny as the first eight and I can’t wait until the next season. Price on itunes is high - better off buying or streaming elsewhere

Originally this was a funny series, it was always a little bit stupid but now it’s gone from okay to dire! The writing is terrible the plots are ridiculous and the acting is forced. The characters originally were characters, now they are just fake exaggerated stereotypes. It’s just not good anymore, the writers have clearly lost touch with its audiences, so please either kill it or go back to the routes of the show that made it good. 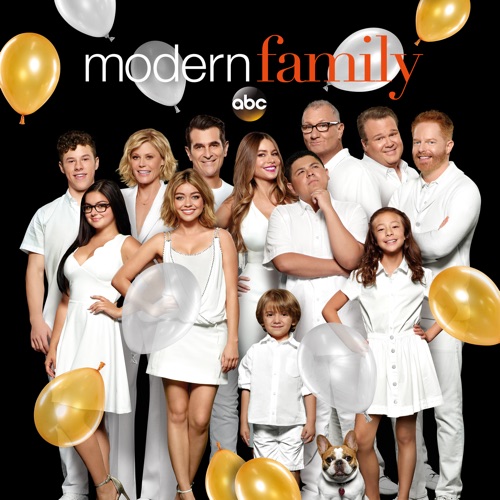