Picking up immediately following the season two cliffhanger, season three explores each character’s motivations and the disintegration between Elliot and Mr. Robot.

1 - eps3.0_power-saver-mode.h
elliot gets woke. realizes his mission. needs help from angela. darlene freaks about them coming out clean. and who tf is this irving guy?
2 - eps3.1_undo.gz
elliot is lit by his goal to ctrl+z five/nine. darlene meets rock + hard place. mr. robot sparks a panic.
3 - eps3.2_legacy.so
hi. im tyrell wellick. former interim CTO of E Corp. ive been gone for a while. its time for an AMA!
4 - eps3.3_metadata.par2
dom has a close call. elliot chases himself with darlene on the lookout. mr. robot doesn't have a need for swede. angela gets savage AF.
5 - eps3.4_runtime-error.r00
E Corp in chaos elliot on the run darlene comes to help cant stop wont stop angela FTW.
6 - eps3.5_kill-process.inc
remember, remember, 29th of september. elliot faces off with mr. robot. dom grows tired of red tape but tries the ribs for escape. tyrell's new plan wont be forgot.
7 - eps3.6_fredrick+tanya.chk
mr. robot wants answers. price < whiterose. fbi closes in. knight time in the desert. angela hits the rewind button. a lot.
8 - eps3.7_dont-delete-me.ko
elliot tries to get ghosted. FWIW it's the day of all days.
9 - eps3.8_stage3.torrent
elliot trolls a former ally. mr. robot leaves cryptic txt. tyrell gets new cmds. tbh darlene's plan is next level risky biz.
10 - shutdown -r
elliot tries to save darlene but sh*t doesn't go as planned. mr. robot needs to step up or step back ffs. angela considers the price.
11 - Confidential: The Story So Far
Potential fsociety recruits: before you view season 3.0, make sure you’re privy to the story so far.
12 - Mr. Robot: S3 Trailer
Get an early look at the new season of MR. ROBOT.

catching up on mr robot season 4😀 too bad i don't know what the fuck is going on. it's been two years since season 3

Mr. Robot has to be probably my absolute favorite series. I have never seen anything this cinematically unique and…

So I started watching Mr. Robot last week and now I’m on season 3 🙃

Here's a short list of series that you should watch. If you've seen all of them, I'd love to have a conversation wi…

God, Episode 8 of Mr Robot's season 3 has to be one of my favorite episodes in any tv show, ever. That was so beautiful

The similar rhythm of these scenes is stuck in my head Blade runner 2049 Mr. Robot season…

This afternoon's treadmill TV — Mr. Robot Season 4, Episode 3. Quite poignant on a number of fronts. 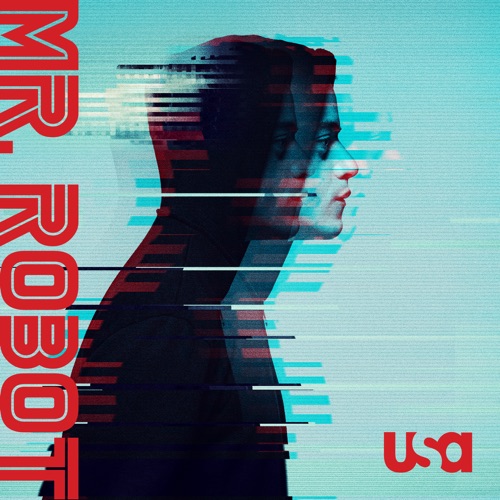