This is a show about love and sex and careers and a time in life when everything is possible ... about the search for commitment and security ... and the fear of commitment and security. Most of all, it's about friendship--for when you're young and single in the city, your friends are your family. Friends: The Complete Series Wiki

Six young (20-something) people from New York City (Manhattan), on their own and struggling to survive in the real world, find the companionship, comfort and support they get from each other to be the perfect antidote to the pressures of life.

This average group of buddies goes through massive mayhem, family trouble, past and future romances, fights, laughs, tears and surprises as they learn what it really means to be a friend.

MY FAV IM SAD THEY TOOK IT OFF NETFLIX

Purchased for $99. Im disappointed that its no longer on netflix i haven't finished the rest of the season so i had to purchase it. Since we are on shelter in place, i am going to binge watch this.

casssss8277 - Favorite show ever but so expensive.

It’s only $55 on Amazon, $100 is too much. Cut the price, Apple! We are in the middle of a pandemic and need home entertainment!

My favorite is Chandler (Matthew Perry)

Even $100 is too high for a series that has been off the air for years. I love this show, and have seen every episode 10+ times. These are the same episodes Netflix used to have, edited down with the missing scenes and lines. If I’m paying $100 for a box set it should be the uncut full episodes. I feel like normal people can’t just drop $100 on a SHOW.

I would buy this in a heart beat but it’s very expensive. 😬Please drop the price.

Please offer a flash sale again. I would love to buy the whole season!!

I wish it was like $30 or so. If it was less than this I would buy it no doubt about it.

Love this show!!! It’s one of my absolute favorites ❤️❤️❤️

neisaysthis - LOVE this show but...

Waiting for the price to drop so I can buy this—$140 is insane for a tv show. Love this show so much.

Come on iTunes! Today they sell 60 dollars for complete show! With 25 anniversary!! You can do better than that! Come on!! Break the price!

WAY OVERPRICED!!! I feel like most normal people don’t have $130 to drop on entertainment. I wish we were still able to buy individual episodes, because that’s more affordable and doable

I have been watching friends ever since I was middle school. I didn’t really understand some of the parts because I was still young but I just loved how they loved and treated each other. Throughout the years I started to understand, whenever I end season 10 would go right back to season 1 and again and again. And the more I watch it, the more it becomes addictive and so much funnier. I just love it. When I’m cooking, cleaning, showering, sleeping, whatever I’m doing I play. So I can just hear it in the background and do whatever I’m doing and just laughing out loud.

Love this show. Hate Netflix for dropping it. PLEASE lower the price!

I love this show. But since this left Netflix, companies are refusing the play ball and are bending folks over for this.This series is an all-timer, but it's been off the air forever. Lower the price!

I love this series! Please bring back the flash sale 🙏🏼

Everyone wants to buy this now but it’s too expensive

:( I never new about the sale!! would of bought it without even thinking it twice... $139.99 is just to much. Series is great though

Friends is the best show ever, however, when it was takes down from Netflix in Jan 1st I thought maybe I would buy it here and just always have it but unfortunately, I can’t. It’s really expensive. But for anyone that can buy it, the show is great! Won’t be wasting any penny.

Everyone wants to buy this right now but not for $139.99 thats too expensive. This show deserves 5 stars!

7xdrvr - Bring back the sale price

139.99? Bring back the sale price for those that didn’t get a chance to buy it back then

It is the best show ever made

I bought this whole series for a great value and unable to find it in the cloud to redownload.

I only had a little problem with Rachel and Ross. Were they on a break or not??

The media companies are greedy, way over priced for this.

The Friends series is okay! It just inappropriate for young viewers. And i don’t get what the talk is about it!

I love the show all I have to say and need to say.

Been watching it since 1995... bought the dvds somewhere in 2004 & never get tired or bored watching this show... This is my fav of all time!

Mr. The Giraffe Is Awesome! - One of my favorite shows of all time.

Friends is...great. It’s one of my favorite shows. I’ve seen it all the way through many, many times. I purchased this at $29.99. Which is like $3 a season, and like 12 cents an episode. With Friends leaving Netflix next year this was the sale I was waiting for. I expected I’d get it at $50, not $30. The only bummer is that they aren’t the extended episodes, they are the regular tv broadcasts, but as I’ve seen it this way on Netflix for years it’s not a problem. This show is incredible, and the characters relatable. Great Deal.

Bought it during a flash sale at the iTunes Store for $29.99 for all 10 seasons. Couldn’t be happier.

Practicality_Fashionatilty?? - This. Show. Is. Amazing!!!🥳🥳

I have watched this show on a loop for the last 2 years (of course with shows in between) there are just so many episodes you forget season 1 by season 3 this show is MUST HAVE MUST WANT item!

Friends is a great TV series.As I am not sure of the original aspect ratio I won’t comment on that.There seems to be lots of confusing information about that.So my comment will be about the HD factor.It is just not very clear for HD.Maybe it was upscaled....just not very well.

It’s just a great series. It really is. It’s true. I wouldn’t lie when it comes to this show. I might on others, but not this show.

Joey is the funniest person on the show

AnahitaR - Friends is my Lobster

I love Friends so much I think I’ve seen it over 25 times now (no pun intended)! This sitcom and group of friends has made such a mark on so many people! I don’t think we will forget about their journey any time soon!

Again the Friends complete series is showing at nearly twice the price as buying the 1-5 & 6-10 sets. I emailed Apple about this in September. I am hoping to get my family to buy this for me for Christmas as “The Complete Series”. But that is not going to happen at over $50 more than the other packages combined and they shouldn’t have to get it separately just because of price discrepancies. Friends is my favourite series and Apple is making things difficult. This wouldn’t happen on Fetch or Amazon. I may have to reconsider my loyalty to Apple. I have iPhone, iPad, Apple TV & Apple Music, maybe it is time to do some shopping around. Some company giants are not very good to loyal, long term customers, very disappointing.

Ok not bad not brilliant

Yes please! Been waiting for this to go a down low since it’s leaving Netflix soon Bye Netflix!

This sitcom really defined and captured the 90s. For anyone who grew up in the 90s, the nostalgic factor alone is worth the purchase price.

I’d rather have HD instead of an extra minute of unnecessary, blurry DVD footage.

Sandra S* - One of the best series ever made!

Totally recommending it! Been watching in for years now.

Great show but the episodes posted on iTunes are the shorter TV versions with many missing scenes per episode.

Goblin don't @ me don't touch me. I watched it on rabbit with my friends and a bunch of strangers and I think my ne…

@StepSetGo: #ContestAlert Win big, just by walking at home! . Follow these simple steps: . 1) Participate in all of the rewarded challen… 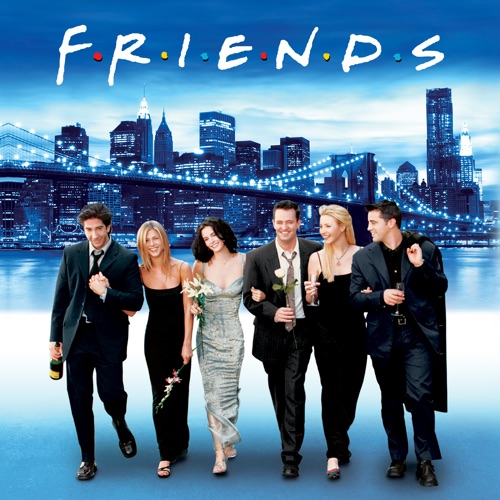