PAW Patrol is a CG action-adventure preschool series starring a pack of six heroic puppies led by a tech-savvy 10-year-old boy named Ryder. With a unique blend of problem-solving skills, cool vehicles and physical humor, PAW Patrol is sure to keep preschoolers engaged as they work together to protect Adventure Bay. PAW Patrol, Vol. 9 Wiki

Pups Save Big Paw/Pups Save a Hum-Mover
When an ancient relic goes missing from Carlos' archeological dig, Ryder assigns Tracker and Skye to track down the mysterious creature that may have taken it. Mayor Humdinger pretends to break his toe in order to win a race!

Sea Patrol: Pups Save the Sunken Sloop/Sea Patrol: Pups Save a Wiggly Whale
Sid the Pirate and his First Mate Arrby have taken the sunken sloop! A wiggling whale has knocked the diving bell upside down. It's stuck in the sand at the bottom of the ocean, with Cap'n Turbot and Francois inside!

Pups Save Luke Stars/Pups Save Chicken Day
Katie is going to perform her contest-winning song with Luke Stars! But Luke Stars gets stuck on a mountain ledge on his way to Adventure Bay. Chickaletta goes missing on Chicken Day! The PAW Patrol have to find her to save the festivites.

Pups Save a High Flying Skye/Pups Go for the Gold
A thunder storm causes a blackout in Adventure Bay. Afraid, Corny runs away from Farmer Al's Farm. Uncle Otis and his Golden Nugget are hurtling down Jake's Mountain in a runaway mine car!

Pups Save an Extreme Lunch/Pups Save a Cat Burglar
Daring Danny X is performing a new stunt! He is harnessed over a canyon eating an Extreme Lunch when the wind blows him upside down! It's Pie Swap Day in Adventure Bay!

Pups Save the Butterflies/Pups Save an Underground Chicken
Chickaletta is stuck on a runaway drone and mysterious butterflies are causing chaos all around Adventure Bay! The statue of Chickaletta has been stolen!

Sea Patrol: Pups Save the Pirated Sea Patroller
The ferris wheel has been stolen by Sid the Pirate and Arrby. The pups set out to bring it back to Adventure Bay! However, Sid comes up with an even more sneaky plan: to steal the Sea Patroller!

Ultimate Rescue: Pups Save the Royal Kitties
The Royal Kitties are kidnapped on their way to Adventure Bay for a special visit. Ryder needs all the pups to help Chase investigate this case in an Ultimate Police Rescue!

Pups Save the PawPaws/Pups Save a Popped Top
Carlos and Tracker make PawPaw juice with the PAW Patrol when they find out Mayor Goodway and Chickaletta are in trouble.

Pups Save the Snowshoeing Goodways/Pups Save a Duck Pond
When Mayor Goodway and the twins are late getting back from a snowshoeing, Jake and Everest call the PAW Patrol to search for them.

Sea Patrol: Pups Save Tilly Turbot/Pups Save an Upset Elephant
The PAW Patrol must rescue Cap'n Turbot and Francois' Grandma Tilly after she rides off on a dolphin.

What do you think PAW Patrol, Vol. 9 tv serie? Can you share your thoughts with other peoples?

Willy Bats - THIS IS WORST SHOW EVER ON EARTH 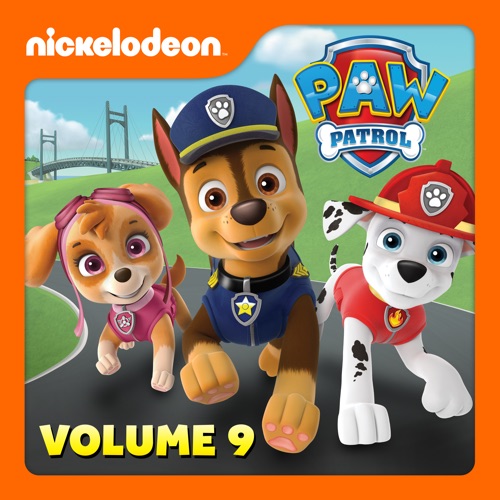