Season 3 of Outlander picks up right after Claire travels through the stones to return to her life in 1948. Now pregnant, she struggles with the fallout of her sudden reappearance and its effect on her marriage to her first husband, Frank. Meanwhile, in the 18th century, Jamie suffers from the aftermath of his doomed last stand at the historic battle of Culloden, as well as the loss of Claire. Separated by continents and centuries, Jamie and Claire must find their way back to each other, each haunted by the memory of their lost love. Finally reunited, the couple faces adversity and adventure on an epic quest across the high seas into the jungles of the West Indies. Outlander, Season 3 Wiki

Book Three picks up right after Claire travels through the stones to return to her life in 1948. Now pregnant with Jamie’s child, she struggles with the fallout of her sudden reappearance and its effect on her marriage to her first husband, Frank. Meanwhile, in the 18th century, Jamie suffers from the aftermath of his doomed last stand at the historic battle of Culloden, as well as the loss of Claire. Separated by continents and centuries, Claire and Jamie must find their way back to each other. As always, adversity, mystery, and adventure await them on the path to reunion. And the question remains: When they find each other, will they be the same people who parted at the standing stones, all those years ago?

1 - The Battle Joined
After living through the Battle of Culloden, Jamie finds himself at the mercy of unforgiving British victors, until a connection from his past provides his only hope of survival. Meanwhile, a pregnant Claire attempts to adjust to life in the modern world of 1940s Boston – and life with Frank.
2 - Surrender
Hiding in an isolated cave, Jamie leads a lonely life until Lallybroch is threatened by redcoats pursuing the elusive Jacobite traitor known as “Red Jamie.” Back in Boston, Claire and Frank struggle to coexist in a marriage haunted by the ghost of Jamie’s love.
3 - All Debts Paid
In prison, Jamie discovers that an old foe has become the warden – and now has the power to make his life a living hell. Over the years, Claire and Frank both put their best foot forward to share a harmonious marriage, but an uninvited guest shatters this illusion, bringing their differences to light.
4 - Of Lost Things
While serving as groomsman at the aristocratic estate of Helwater, Jamie is reluctantly pulled into the intrigue of a noble British family. In 1968 Scotland, Claire, Brianna and Roger struggle to trace Jamie's whereabouts in history, leaving Claire to wonder if they will ever find him again.
5 - Freedom & Whiskey
As Brianna grapples with the life-changing revelations of the past summer, Claire must help her come to terms with the fact that she is truly her father’s daughter – her 18th century Highlander father. To complicate matters further, Roger brings news that forces Claire and Brianna to face an impossible choice.
6 - A. Malcolm
After decades apart, Jamie and Claire finally reunite and rekindle their emotional and physical bonds. But Jamie’s new business dealings jeopardize the couples’ hopes for a simple life together.
7 - Crème De Menthe
In the aftermath of a violent confrontation, Claire follows her conscience as a surgeon, even though it could put her and Jamie’s lives at risk. At the same time, Jamie attempts to evade the reach of the Crown as its representative closes in on his illegal dealings.
8 - First Wife
Claire returns to Lallybroch with Jamie, where she does not receive quite the reception she was expecting. Unbeknownst to her, Jamie's made some choices in their time apart which come back to haunt them with a vengeance.
9 - The Doldrums
Claire and Jamie leave Scotland, sailing to the West Indies on an urgent quest. But when the superstitious crew looks for someone to blame after a string of bad luck, rescue comes from an unlikely source.
10 - Heaven & Earth
Claire races to discover the source of an epidemic aboard a disease-stricken ship before hundreds of sailors die. And as Jamie locks horns with Captain Raines, Fergus finds himself torn between loyalty and love.
11 - Uncharted
After making a leap of faith, Claire washes up on a seemingly deserted island where survival is her only option. Navigating treacherous waters has crippled the Artemis, so Jamie devises a joyful moment for his crew in the midst of devastating setbacks.
12 - The Bakra
The Artemis finally reaches Jamaica bringing Jamie and Claire that much closer to their goal. During a lavish ball on the island, the Frasers encounter old allies, as well as former adversaries who threaten to derail their mission.
13 - Eye of the Storm
Claire is forced to play a game of cat and mouse with an old adversary as she searches for Young Ian. The Frasers race through the jungles of Jamaica to prevent the unthinkable.
14 - Season 1 and 2 Recap
Relive Seasons 1 and 2 of Outlander.
15 - Claire & Jamie: Together Again
This season for the first time ever, Claire and Jamie spend almost half of the season apart. This piece talks about what it was like for Caitriona and Sam to work separately for so long and what it was like reuniting their characters after 20 years had passed.
16 - A Traveling Show Takes Sail
The cast and crew describe what it was like moving the production from Scotland to South Africa this season, as well as some of the challenges of shooting the ship scenes aboard the Artemis.
17 - The Transformation of Geillis Duncan
Geillis Duncan returns once again this season. We hear from Lotte Verbeek as well as the rest of the cast and crew as they describe the evolution of Geillis' character and what it was like working together this season.
18 - Gag Reel
Laugh out loud with over 9 minutes of hilarious gags and flubs from the set of Outlander season 3.
19 - Original Chemistry Test with Caitriona & Sam with Introduction by Ronald D. Moore
Watch the original chemistry test between Caitriona Balfe and Sam Heughan from when they were in the final stages of receiving their roles in the Outlander series.
20 - I Lost a Particular Friend
Lord John Grey describes saying goodbye to someone dear to his heart on the battlefield.
21 - Of Lost Things: Additional Scene with Lord John Grey & Lady Isobel Dunsany
In this exclusive season three additional scene, Lord John Grey discovers his true feelings for Lady Isobel Dunsany in a moment of passion.
22 - I Did Not Love Her
Jamie explains how he came to have a son.
23 - Remember the Last Time
Jamie and Claire reminisce on the last time they were in Edinburgh.
24 - Healing by Means of a Knife
Claire and Jamie catch up on what they missed.
25 - A Taste of Adventure
Jamie and Ian discuss Young Ian's future.
26 - Do You Miss Her?
Sam and Claire talk about their children under the moonlight.
27 - Bring Me That Boy
Geillis realizes she is missing a sapphire.
28 - We're Friends
Geillis and Claire sit down to some tea.

All 3 seasons are great, can't wait for season 4

Outstanding script adaptation, acting, direction, set design, art direction and casting. If you loved the previous seasons this is equally as captivating.

The story in phenomenal and has us constantly engaged with this wonderful cast. Please keep this going

Stars Outlander is the best series on tv. If you love the books. You will love the series. The leading actors are wonderful. I wish I could go through the stones and meet my own Jamie

I love Outlander. Binge watching with my sister because she hasn’t seen season 3 yet there is some missing what looks like a missing episode with 3 and 4.

This show has me hooked, line and sinker. Enjoying every bit so far. Excited for more. Have read all the books.

Great show. I admire the production for taking a big, detailed book and putting it in 13 episodes. However I feel some parts were rushed. The love scenes went on for too long(and too many)whilst other important scenes were hurried through. Jamie of course is wonderful as ever but Claire is just as annoying as she was in the book.Sometimes I don’t know what Jamie sees in her. Even though I love Jamie(and Claire)I feel so sorry for Frank. He wasn’t perfect but I understand why. I hope in season 4 they done rush through good parts only to try to cram in some sex scenes just to please the audience.

Prophet Amos - NOT TO BAD

The first two Seasons were the best. The main plot get a little too silly for Season 3.

FrenchieMama2b - Not as good as the first two seasons!

I don’t know why this season keeps skipping.

Quinn was Columbus just to jack mygtjqoota. Twistyjuivkbz 5. Got to go get wmc now basketball gvywjddyd

Outlander is my most cherished show, maybe ever, and I thought S3 epitomized why it’s such great television. However, this is not a review of the show, but of the digital and Blu-ray editions with Bonus Features. The extras are absolutely worth paying for. Besides the usual Gag Reel (which is lengthier than the previous ones) and deleted scenes, there are mini episodes of behind-the-scenes shots and interviews with cast, producers, and writers that give a strong sense of the thought, resources, and care that go into making Outlander the epic that it is. If you aren’t a fan of the *show*, no problem. Don’t watch - and please don’t review this *product*, as I can't imagine that you would’ve actually purchased it. If you are a fan, by all means go for the versions with the Bonus Features! They are absolutely worth it! Slàinte!

MandaPanda2780 - Absolute let down and breaks my <3 to say it

I absolutely fell in love with this show in the first season but i will not lie just because i’m a fan. This season was a trainwreck compared to 1 and 2. The writing was like that of a children’s book and it showed through to the acting and screen. Many important moments were left out and many unimportant scenes were much longer than needed be. With season 1 especially, I constantly go back and watch it just because its so great. With season 3, i never felt that need to go back and rewatch and that says a lot. Still good in stand alone aspects like acting, custume, ect. But as a whole, I was left wondering wth all the hype was about leading up to its release and that breaks my heart to say. Hope season 4 is slightly better and they somewhat can recover.

mcdeal2005 - Captures your attention from the start

Some of the best period TV being produced today.

@rockinrob7970 @SquatloBob I got Starz for Outlander also. Now starting season 3 of Black Sails on Starz. Took me m…

At some point late last night, on the edge of sleep, I must have signed up for #Starz for 6 months. 🤔 I'm planning…

@DesireMaze: Why didn’t somebody tell me to stop #Vikings after the 3rd Season? Now I’ve to majorly fast forward the rest of the boring…

Why didn’t somebody tell me to stop #Vikings after the 3rd Season? Now I’ve to majorly fast forward the rest of the…

@RonDMoore Hi Ronald, hope you're doing. Just tweeting in to say I absolutely love Outlander, I'm on to season 2 ri…

Because of the unrest and abysmal news we decided to watch Outlander in a marathon session. Season 1,2 & 3 in 4 day… 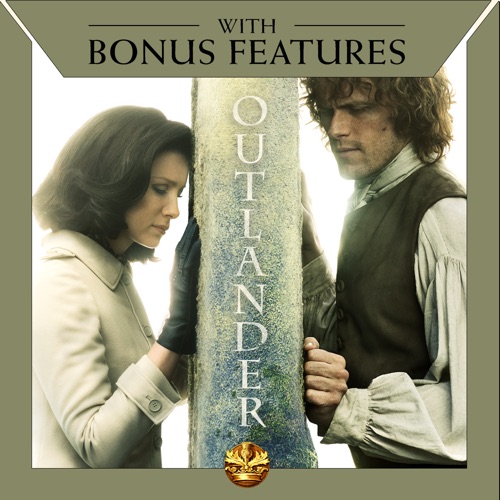