Class 1-A made a name for themselves after facing The League of Villains, but an even greater challenge is about to begin. These young heroes will now fight students from other classes in the world’s biggest Quirk competition—the U.A. sports festival! With dreams at stake and friends turning to adversaries, Deku will give everything he’s got in his grand debut as the world’s next symbol of peace. My Hero Academia, Uncut, Season 2, Pt. 1 Wiki

Hero Notebook
Izuku looks back at the events that brought him to U.A. High School and on his path to becoming a hero.

That's the Idea, Ochaco
As U.A. students and teachers recover from the League of Villains attack on USJ, Izuku learns about why Ochaco wants to become a hero.

Roaring Sports Festival
The U.A. sports festival begins and all eyes are on the first-years as they start their qualifying round - the obstacle course race.

In Their Own Quirky Ways
The first-years try to stand out as they struggle to finish the obstacle course and qualify for a spot in the next round.

Cavalry Battle Finale
Fighting it out in the second half of the cavalry battle, does Team Midoriya have what it takes to stay in the top four?

The Boy Born with Everything
Izuku learns more about Todoroki's past as the first-years head into the final round of the sports festival.

Victory or Defeat
Izuku is up against Shinso in the first match of the finals, but can he overcome Shinso's Quirk to advance to the next round?

Battle On, Challengers!
It's one match after another in the first round of the finals tournament. Who will advance to the second round?

Bakugo vs. Uraraka
Bakugo seems almost villainous when he's up against Uraraka, but she has a plan to keep it from being a one-sided match.

Shoto Todoroki: Origin
Izuku forces Todoroki to face his past in a chilling battle as the two class rivals finally go head to head!

Fight On, Iida
It’s class rep versus child prodigy as Iida and Todoroki square off. Will Iida's Reciproburst be enough to beat the boy of fire and ice?

Todoroki vs. Bakugo
The explosive showdown between Todoroki and Bakugo begins. Only one can take the title of first-year champion!

What do you think My Hero Academia, Uncut, Season 2, Pt. 1 tv serie? Can you share your thoughts with other peoples?

I love hero academia!! But I don’t like the cursing...

So , you translated it wrong , there’s no cursing in the Japanese version , but in the English one , there is !!!! Why 😡😭

There are still more English Dub season out there that others like amazon have. Please add all the seasons and soon.

I thought it was actually good but maybe I should’ve watched the first season instead of starting off at the second..

HeroModeBurst - WHY SPLIT IT IN 2 PARTS?!

The english Dub is Superb, but the price does not justify the amount of episodes it receives!! The sub has every episode for the same amount, but this dub split the episodes in 2. They need to have a season2 entierety. Waited too long to just have them cut it to parts 1 and 2!

Wolf723 - Hero schools back in section

Love this show, just wish Funimation would release the season as a whole instead of of separate parts.

This isn’t a review of the show itself (although I must say it’s fantastic), this is more a message to iTunes. I’ve been waiting for the english version of season 2 to come out for a long time so I could buy it. It’s a great dub and I want to support the series. But splitting it into two parts, and charging double just for the dub? I’m sorry iTunes, but why? I could buy the entire second season in the original japanese right now (26 episodes) for a relatively reasonable price, but if I want the english version, I only get 13 episodes for the exact same price? Not only that, but I guess I have to wait another 4 months for the second part of the season. I don’t normally post things like this, but I’m mildly infuriated and feel the need to vent. It really shouldn’t cost double for the exact same show, just in a different language. Splitting it into two different shows you have to buy is stupid anyway. Why not just have the option to switch between languages, and then raise the price slightly to buy the show in both?? I guess the answer to my question is: Money. This is just ridiculous. I doubt anything will be done about it, but if this could be mended and the entire dubbed season added, that would be fantastic and I would buy it immediately. I want to spend my money on you... I was hoping for common decency, but hey, we’re talking about a rich business that already makes a bunch of money. Why not milk they’re consumers right? Who cares about what makes sense. I apologize to anyone who happens to read this and is annoyed by the rant, but I had to vent. I’m not buying this. I guess I just have to find some other way, or wait for iTunes to find their conscience…if it exists. The 1 star is only for iTunes.

Great show I love it a ton! Can Apple please update the episode numbers for part 2? When u buy both parts it organizes them by number, so 1 from each part is side by side which isn’t chronological for the show. Thanks in advance if you do update the episode titles!

I think this is the king of shonen

Greatest show ever made 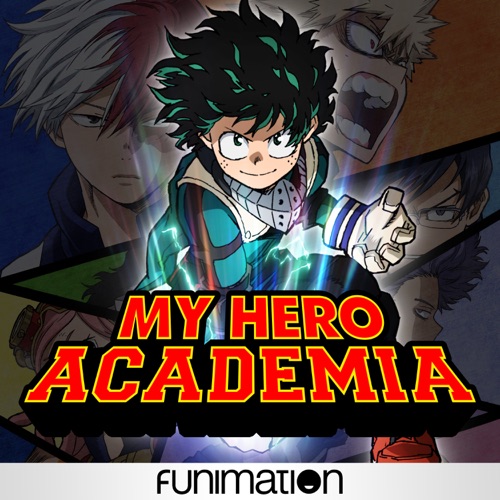