Dance the Pup Pup Boogie into 8 move-and-groove rescues, including 4 double-length adventures. Shake a tail with the PAW Patrol as they get Farmer Al to the Adventure Bay Talent Show on time, save Mayor Goodway and Alex from stormy seas, stop a runaway train, & more! PAW Patrol, Pup Dance Party Wiki

Pup Pup Boogie/Pups in a Fog
The PAW Patrol must work quickly to fix the tracks and remove a train car at the Adventure Bay Train Station, before the next train comes./Ryder and the PAW Patrol battle the clock to fix the lighthouse.

Pups and the Lighthouse Boogie/Pups Save Ryder
Mayor Goodway and Alex take a rowboat out into the bay to get a closer look at a baby whale. A storm is approaching though and the rowboat drifts out of control towards the sea. It's up to the PAW Patrol to rescue them!

Pups Save a Talent Show/Pups Save the Corn Roast
Rubble and Marshall are going to lead the PAW Patrol Band in the Adventure Bay Talent Show! But will the pups be able to rescue Farmer Al first AND get to the show on time?

What do you think PAW Patrol, Pup Dance Party tv serie? Can you share your thoughts with other peoples? 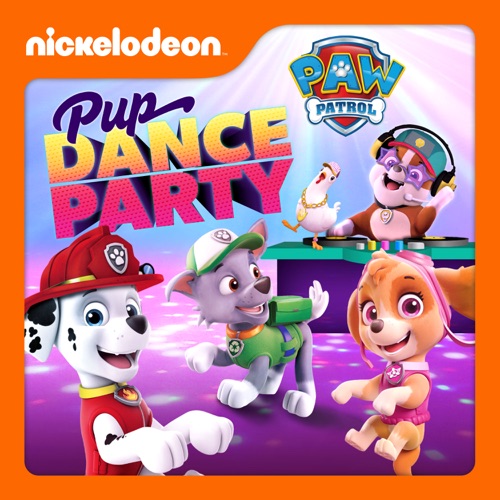