Created by Jonathan Nolan and Lisa Joy, this Emmy®-winning drama series explores a world in which all human appetites, both noble and depraved, can be indulged. Delving into the human psyche through the eyes of lifelike AI “hosts” in a meticulously crafted park known as Westworld, guests are free to become whoever they’ve always wanted – or whoever they never knew they were. In Season One, the hosts don’t understand the nature of their reality. They have no choice. But all that changes with the pull of a trigger. In Season Two, chaos takes control. Dolores Abernathy (Evan Rachel Wood) takes charge, Maeve Millay (Thandie Newton) is on a mission and the mysterious Man in Black (Ed Harris) returns. This dark odyssey about the dawn of artificial consciousness, the birth of a new life form, and the evolution of sin also stars Jeffrey Wright, James Marsden, Tessa Thompson, Luke Hemsworth, Rodrigo Santoro and others. Westworld, Seasons 1-2 Wiki

Westworld is a dark odyssey about the dawn of artificial consciousness and the evolution of sin. Set at the intersection of the near future and the reimagined past, it explores a world in which every human appetite, no matter how noble or depraved, can be indulged.

Didn’t get through the second series. Really dragged out. Might give it another go some other time.

I can’t believe how long it has taken me to watch Westworld. I recently watched Evan and James on Carpool Karaoke (about a week ago), which confused me even more... So today, I decided to watch the trailers and get the gist of what was happening. After hours of humming and harring on it, I purchased and downloaded the double series. Right now I’m at season 1 episode 3 (and I have gone through all sorts of moods and emotions watching the first 2 episodes), and am kicking myself that I hadn’t been interested sooner. The show reminds me of ‘Fantasy Island’, which was one of my favourite shows (growing up). The quality so far, has been excellent - as expected. And I don’t have any complaints.

One of the best series I have seen to-date.

Reasons Why Not to Buy Individual Seasons on iTunes - Wait for the Complete Set if you can - Far Better Deal & Loads More Extras. Here - You buy West World, Season 1 (No Extras At All), then Season 2 gets Some Extras. This Set - Even More Extras & Better Price & it will no doubt get better with more series.

Engaging, compelling, with a twist at every digital crossroad. Westworld brings a depth of sophistication and detail, engagement and suspense that very few television programmes can offer and leaves you wanting more. Great to see that both series and extras are available at a really competitive price. Highly recommended!

The 59 pound price was a mistake, I bought each episode seperately the moment I saw it released on the UK store! It cost under 25 pounds. The reason that it is so late & complicated to buy in the UK might have something to do with HBO or Sky Atlantic rather than iTunes. That aside, I absolutely love the series & hope for more. It is a very ambitious and lovingly told story with a superb pace, the tiny details are amazing & there are even a couple of/few easter eggs to be found! It's worth the money because of it's quality! Please rate the series, not price problems or lack of extras.

Iggof - Where is season 2 on its own

We customers who have bought season 1 are being discriminated by you releasing season 1&2 only with a load of extras. WHERE IS SEASON 2 on its own. Despicable disgraceful & one in the eye for your regular customers. Come on iTunes give us the second season to buy & download.

benmully - Where Season 2 only go?

Season 2 was showing for £59 for a while and people complained about the price. I phoned and reported it and now its vanished. So I can either rebuy 1 & 2 or nothing. Great, thanks Apple!

Fantastic series and highly recommend it but this is very much overpriced. Will wait for a price drop

LOVED #Westworld Season 1, because - despite the mystery of the maze - it was all about characters' journeys. Seaso…

@Dangchick1 Westworld, bingeing to get to season 3, HBO Altered Carbon, Netflix binged seasons 1 and 2 If you have…

@fluffhead67 Re-binged seasons 1 & 2 of Westworld to get ready for the new season.

Me, Seasons 1 and 2 of Westworld: "Holy nuggets this is one of the best live action series I've ever watched, I'm h… 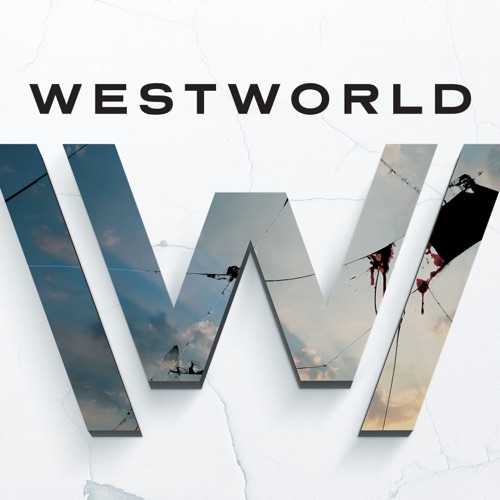