Suits delves into the fast-paced, high-stakes world of a top Manhattan corporate law firm where hotshot associate Harvey Specter makes a risky move by hiring Mike Ross a brilliant but unmotivated college dropout, as his associate. As he becomes enmeshed in this unfamiliar world, Mike relies heavily on the firm's best paralegal Rachel Zane and Harvey's no-nonsense assistant Donna Paulsen to help him serve justice. With a photographic memory and the street smarts of a hustler, Mike proves to be a legal prodigy despite the absence of bonafide legal credentials.

1 - Right-Hand Man
Harvey and Zane grapple over who should lead as the firm works through its transition.
2 - Pecking Order
Harvey and Donna get their first taste of how Samantha operates. Alex tries to impress Zane.
3 - Promises, Promises
Harvey is drawn into a dispute with the firm's landlord. Alex pursues Samantha's former client.
4 - Revenue Per Square Foot
Alex is caught between Harvey and Zane as Louis struggles to overcome a shocking setback.
5 - Good Mudding
Harvey confronts his personal issues to defend his brother. Louis sacrifices for family.
6 - Cats, Ballet, Harvey Specter
Harvey and Louis assess their relationship. Donna doubts Samantha's motives for helping her.
7 - Sour Grapes
Donna's agreement forces Harvey to help David Fox. Alex comes to Zane's aid on a personal venture.
8 - Coral Gables
Harvey helps Samantha settle an old score. Louis faces a hurdle on the path to fatherhood.
9 - Motion to Delay
An old foe backs the firm into a corner. Samantha and Alex try to broker a peace between clients.
10 - Managing Partner
When Harvey and Zane can't stay on the sidelines, Donna does what's best for the firm.
11 - Rocky 8
Harvey laces up for a rematch against an old foe. Louis struggles to hold the reins of the firm.
12 - Whale Hunt
Louis learns the finer points of managing Harvey. Alex is caught between Samantha and his wife.
13 - The Greater Good
Harvey and Donna are caught in the crosshairs when Stu is blackmailed. Samantha revists her past.
14 - Peas in a Pod
Harvey's forced to choose a side when Samantha and Scottie go toe-to-toe. Louis represents Lipschitz.
15 - Stalking Horse
Donna's relationship complicates a deal for Harvey and Alex. Samantha helps Louis get justice.
16 - Harvey
When Hardman comes looking for retribution, the firm rallies to Harvey's defense.
17 - Katherine Heigl Interview
Katherine Heigl joins the cast of Suits with Season 8! Hear all about what’s in store for her in this special bonus piece.
18 - Cast Tell-All Interview
The cast of Suits talks Season 8.

Suits is my favorite TV show special Thanks to anyone worked with this show. Suits have come to the end that’s heartbreaking 💔 but there is the new show Pearson and it’s related to Suits.

This show is fantastic. I love the drama Louis is fabulous and funny as hell. Louis and Samantha make this show terrific. Every season has been great.

Good job all. Much better than the first half of the season. Dump Katherine, she has no chemistry with the rest of the cast.

slow, boring, procedural, no chemistry between the cast

Sawhorse3 - Must be different writers

I like the twist of characters. But the vulgarity is extremely unbecoming. My wife and I used to enjoy watching this together and having are kids play on the floor but that stopped right quick. This show has lost its charm and its to bad. There is not a lot of shows actually worth watching on television anymore.

If I put up with having Heigle ruin my favorite show, why do I have to have the F word and God Dam this and Dam that and Hell this and Hell that. These are things weak minds (or brats on a schoolbus) use to communicate. Stop ruining my show with stupidity!

James Gilmartin - IT'S A DIFFERENT SHOW!

Be prepared for a much different law firm on SUITS. So far, I have seen harsh storylines and heartless attorneys who only care about billable hours, and not their client's welfare. Even though Donna hopes to convince Robert Zane to take-on a few Pro Bono Cases, it may not happen! You will miss the episodes in which Mike worked with the legal clinic to protect a victum's rights. Also, be prepared for your beloved characters using four-letter words, and a never-ending, ridiculous romance between Louis and Sheila. The dialogue between these two charactewrs belongs between the pages of a comic book, rather than on prime time TV. I am ready to give-up on this series! You may agree as you continue to watch.

Counselor2020 - Greatest one liners ever

Suits is one of the best legal dramas ever written and contains the best collection of one liners. Great cast and chemistry a must see

So i was waiting to see how they would close the loops with rachel and michael leaving. And I have to say...Great work guys!!! Bring Harvey back into the playing field of the cut throat world of lawyer business was awesome. We all saw him grow as the managing partner and i'm sure if he was had to stay as managing partner he would have been great but he wouldnt have been happy. He was always better as a soldier rather than a commander! We get to see him in action now more than ever!

I love this show, but the longer it goes, the more crude stuff becomes common, the swearing gets worse, everything becomes G. D. this and G. D. that....even the middle finger and the F word are regulars on the show... this is not a substitute to good writing, and makes a favorite show seem like it was written by highschoolers. C'mon! We're here for good looking people in sharp looking clothes and offices at their best.

The best show returns for an eighth season !!!

It’s going to be a great season!

Omg I have waited this season. Love izzie 💖💖Katherine heigl

Avais Shaikh - I live it! It’s the best!

The best show out there! 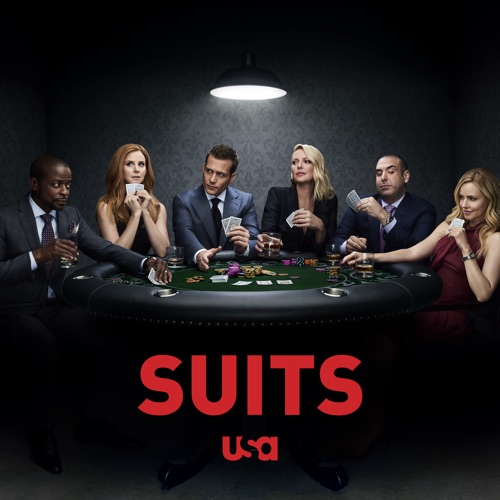