Ryan Murphy, Brad Falchuk and Tim Minear reimagine the procedural drama with “9-1-1”. The series explores the high-pressure experiences of first responders who are thrust into the most frightening, shocking and heart-stopping situations. These emergency responders must try to balance saving those who are at their most vulnerable with solving the problems in their own lives. 9-1-1, Season 2 Wiki

9-1-1 is a fast-paced exploration into the lives and careers of first responders – cops, paramedics, firefighters – the people who put their lives on the line to save others.

Under Pressure
On one of the hottest days of the year, the first responders feel the pressure as harrowing incidents keep happening around the city, including a road rage accident involving a van full of tourists, an emergency at an auto-repair shop and a veteran with a live grenade embedded in his leg. Meanwhile, Buck gets a surprise visit from his sister, Maddie. Also, Athena questions her relationship with Bobby. Then, at the fire station, handsome new hire Eddie jeopardizes Buck’s chances of being chosen for a fireman calendar.

7.1
When a massive earthquake rocks Los Angeles, the first responders rush to rescue victims from a crumbling high-rise hotel both under the rubble and high above the ground. Athena must deal with wreckage from a collapsed freeway overpass and Maddie is thrown into the fire as she faces her first crisis as a 911 dispatcher.

Help Is Not Coming
The first responders continue to deal with the fallout of a massive earthquake and its deadly aftershocks. Athena tries to keep the peace as Bobby and team continue to rescue victims from a collapsing high-rise hotel, both under the rubble and high above the ground. Maddie’s first day on the job involves helping a pregnant couple deliver their baby safely.

Stuck
The first responders race to rescue victims trapped in various tight spots. Meanwhile, Athena contemplates accepting a promotion that will take her out of the field, and Maddie decides to make a move of her own. Then, Buck wonders if he should move on, and Chimney finally deals with the aftermath of his near fatal car crash. Also, Eddie turns to the crew for help with his young son.

Awful People
Wanting to see the faces behind the 9-1-1 calls, Maddie goes on a ride-along with Athena, while dealing with a seemingly “perfect” dispatcher back at the call center. Meanwhile, Hen must figure out how to save her family from permanently falling apart, and the first responders deal with emergencies both at a military funeral and a movie theater.

Dosed
When the first responders race to the rescue of a crashed news copter, they unwittingly become the subject of an eager reporter’s first on-air assignment. Meanwhile, Bobby tries to deal with his daughter’s death, as Athena prepares for May’s homecoming dance. Then, Maddie struggles to let go of her fear of the past. Also, the team responds to emergencies at an eating contest, a bodybuilding competition and a toddler pageant.

Haunted
Halloween finds the first responders racing to the rescue at a cemetery, a haunted hayride and a spooky Hollywood parade; Meanwhile Maddie thinks she has received a “ghost” call from a missing hiker; Hen finds herself facing with a life or death situation with the father who abandoned her; Eddie reconnects with his estranged wife.

Buck, Actually
Buck jumps back into the dating scene but fears he will return to his pre-Abby scoundrel-ous ways, while questioning if Maddie and Chimney are more than just friends. Emergencies involve a woman goes to great extremes on top of a freeway overpass to get the attention of her husband; A couple are involved in a car accident on their wedding day and a first date goes down the toilet.

Hen Begins
Hen relives her evolution into the firefighter she is today as she recalls the first times she met Chimney and Athena.

Merry Ex-Mas
The holidays are naughty and nice for the first responders, who must deal with a stampede at a toy store, a mistletoe stunt gone awry and neighbors competing in a Christmas-light showdown. Meanwhile, Bobby contemplates his future with Athena, Chimney and Buck attempt to lift Maddie’s spirits and Eddie must decide if he wants to give his son what he really wants for Christmas – a visit with his mom.

New Beginnings
Bobby meets Athena’s parents for the first time and Maddie attempts to end her marriage for good, causing Doug to insinuate himself even deeper into Chimney’s life. Meanwhile, a tanker carrying a tiger shark crashes on the freeway and a gas leak in a plastic surgeon’s office happens mid-surgery.

Chimney Begins
Look back at how Chimney joined Station 118 and became the firefighter and paramedic he is today.

Fight or Flight
The First Responders rally together to search for a missing Maddie.

Broken
When Metro LA’s 9-1-1 system is hit with a massive system-wide power outage, the call center must go old school in responding to emergencies. The first responders must deal with explosions in multiple homes and a difficult child birth. Meanwhile, Michael confronts Bobby about parenting his kids.

Ocean's 9-1-1
A going-away party for a bank manager turns into an emergency, and then a mystery, as the first responders are accused of pulling off a daring heist.

Bobby Begins Again
After his devastating family tragedy in Minnesota, Bobby Nash moves to Los Angeles to start over, where he becomes Captain of the 118, and meets Athena Grant for the first time.

Careful What You Wish For
The first responders deal with a calamity at a chocolate factory and a mail bomb explosion. Meanwhile, Eddie receives some surprising news from Shannon, Maddie contemplates her future in the call center and tragedy strikes the 118.

This Life We Choose
The 118 responds to calls from a stunt driver caught in a hairy situation, a teenage social influencer who is bugging out and the city is on high alert after two mail bombs go off. Meanwhile, Eddie’s family comes to town and Buck faces a life or death situation.

Don’t Forget to Breathe
A fast paced look at the craziness of the show - stylized trailer that takes on the speed of the narrative.

What do you think 9-1-1, Season 2 tv serie? Can you share your thoughts with other peoples?

lov333ya - Best thing I have ever seen

This series is very entertaining, it’s heartbreaking but always heartwarming when watching it

I love this show and binged every episode and now begging for the new season!!!

This show is absolutely amazing! The cast make it so real. Gets me with tears in my eyes every time! If you haven’t watched! You need too! Wish there was more than 5 stars

Action packed,heart racing,nail biting, it’s so goood (totally not a robot saying this)

Completely ridiculous stories in this season. An insult to good tv writers.

I don't usually like shows like this but it's great, super cheesy. Boyfriend laughs at me when I watch since I've become so invested now that I can't stop.

I can’t get enough of this show! It makes me appreciate all the law enforcement, dispatchers, firefighters and more. I love that we get to see all kinds of different careers point of views. Please keep making more seasons ❣️

Love this show. But when are Athena and Bobby going to have a REAL kiss?

Amazing ! How the think of the funny and horrific events that could happen. Very creative.

holsteinson - grear series hope that they keep it thrilling

Keeps you hooked scene after scene. I cannot stop watching. I'm now invested in these characters and everything that happens to them!

Another HUGE HIT!! Love this show! Keeps me on the edge of my seat the entire time! Producers know exactly how to please an audience! ⭐️⭐️⭐️⭐️⭐️

I LOVE THIS SHOW

I love this show!! 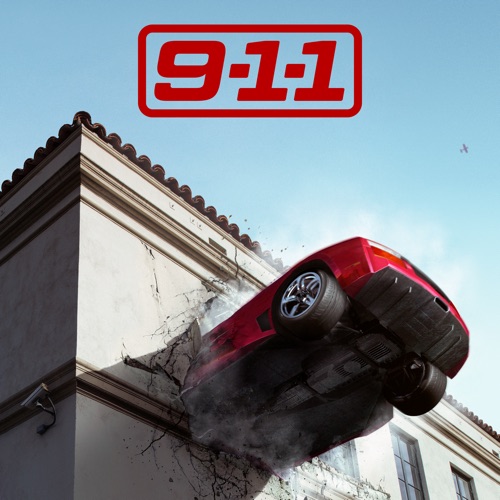