The 16th season of NCIS returns one month after Director Vance (Rocky Carroll) was kidnapped by a terrorist who tortured Special Agent Sloane (Maria Bello) years ago in Afghanistan. As Special Agent Gibbs (Mark Harmon) assumes the role as Acting Director in Vance's absence, the team searches worldwide for their missing leader. NCIS, Season 16 Wiki

NCIS (Naval Criminal Investigative Service) is more than just an action drama. With liberal doses of humor, it's a show that focuses on the sometimes complex and always amusing dynamics of a team forced to work together in high-stress situations. Leroy Jethro Gibbs, a former Marine gunnery sergeant, whose skills as an investigator are unmatched, leads this troupe of colorful personalities. Rounding out the team are Anthony DiNozzo, an ex-homicide detective whose instincts in the field are unparalleled and whose quick wit and humorous take on life make him a team favorite; the youthful and energetic forensic specialist Abby Sciuto, a talented scientist whose sharp mind matches her Goth style and eclectic tastes; Caitlin Todd, an ex-Secret Service Agent; and Timothy McGee, an MIT graduate whose brilliance with computers far overshadows his insecurities in the field; Assisting the team is medical examiner Dr. Donald "Ducky" Mallard, who knows it all because he's seen it all, and he's not afraid to let you know. From murder and espionage to terrorism and stolen submarines, these special agents travel the globe to investigate all crimes with Navy or Marine Corps ties.

1 - Destiny's Child
One month after Director Vance was kidnapped, Gibbs is assigned the role of acting director in his absence while the team searches worldwide for his whereabouts.
2 - Love Thy Neighbor
After a Navy lieutenant is found murdered in his hot tub, the team interviews several families in the victim's peculiar neighborhood. Also, Torres must face the consequences after a volatile night out with Palmer.
3 - Boom
One of the NCIS agents is starstruck after the team investigates an explosion outside the home of Navy Petty Officer First Class Todd Nicholas (Cameron Radice) and his wife, popular reality TV star Sheba Nicholas (Tara Holt). Also, Vance continues physical therapy for the injuries sustained when he was held hostage.
4 - Third Wheel
Gibbs' quiet vacation at his remote cabin is interrupted by a surprise visit from Tobias Fornell (Joe Spano) and Navy Captain Phillip Brooks (Don Lake), as well as a call from NCIS asking for his help locating a robber hiding in the woods near him.
5 - Fragments
After a 50-year-old tape recording left by a murder victim is found, the NCIS team tries to exonerate Ray Jennings (Charlie Robinson), the Marine serving a life sentence for the crime.
6 - Beneath the Surface
After NCIS arrives at a Halloween crime scene, Torres recognizes the victim as a former friend from federal law enforcement training. Also, Jimmy thinks his lab is haunted by ghosts when objects keep mysteriously moving.
7 - A Thousand Words
After a mural by a street artist and activist is stolen, the NCIS investigation leads to a conspiracy regarding a Navy contractor and the safety of ocean mammals. Also, Bishop shares a special connection with the street artist.
8 - Friendly Fire
McGee and Bishop travel to Afghanistan after a murder case in the states is linked to a string of soldiers killed by friendly fire overseas. Also, Kasie leaves the lab and accompanies Torres into the field to process additional forensic evidence.
9 - Tailing Angie
When the lead suspect of an unsolved and high-profile robbery case is released from prison, the NCIS team resumes their investigation with an undercover stakeout.
10 - What Child Is This?
The team's holiday plans are put on hold when the murder investigation of a Navy veteran includes the discovery of a newborn baby who has no identification and no apparent ties to a family.
11 - Toil and Trouble
United States Secretary of Defense Wynn Crawford (Mitch Pileggi) shuts down Gibbs' murder investigation and demands that Special Agents McGee and Torres be arrested for their actions in the case.
12 - The Last Link
An old family friend, Army Corporal John Sydney (Dabney Coleman), beseeches Gibbs to join him on a road trip to search for a missing military I.D. bracelet. Also, a Navy Lieutenant in NCIS protective custody is poisoned by an infamous drug dealer.
13 - She
After a malnourished and confused 9-year-old is found hiding in a storage unit, NCIS reopens an old missing persons case when the girl is believed to be the daughter of a Navy recruit who disappeared 10 years ago. Also, Bishop discovers notes that Special Agent Ziva David kept on the case long after NCIS officially stopped investigating.
14 - Once Upon a Tim
McGee reluctantly visits his high school after the unique computer password he used as a teenager is linked to the murder of a department of defense contractor. The case escalates when an intruder breaks into McGee's home in an attempt to steal his archaic high school computer.
15 - Crossing the Line
The NCIS team investigates a man overboard fatality from a Navy destroyer at sea. Also, Torres is frustrated with Vance's assignment to mentor three high school students.
16 - Bears and Cubs
Jimmy is torn between family and work after his father-in-law, Ed (Larry Miller), asks him to tamper with evidence from NCIS' current murder investigation. Also, Ed's poker buddy, Anthony DiNozzo, Sr. (Robert Wagner), offers to help with the case.
17 - Silent Service
Director Vance is notified by the Pentagon that the nuclear submarine Gibbs and Bishop are aboard to conduct a murder investigation has gone radio silent.
18 - Mona Lisa
Torres relies on his team's investigative skills after he wakes up on a dilapidated fishing boat, covered in blood and unable to remember the last 12 hours.
19 - Perennial
Following an active shooter lockdown at a naval hospital, the NCIS team searches for a suspect who fled the scene. Also, someone from Sloane's past was inside the hospital and is a key witness in the case.
20 - Hail & Farewell
NCIS investigates the murder of a Marine Major believed to have been killed in the 9/11 attack on the Pentagon after human remains are discovered at a construction site. A personal history with the victim drives Gibbs to solve her crime.
21 - Judge, Jury...
After entering cold case DNA into the system, Kasie solves a 30-year-old murder case, but a loophole in the legal system may set the suspect free. Also, McGee visits an elite technology company in Silicon Valley that is offering him a highly paid position.
22 - . . . and Executioner
After NCIS finds a secret government bank account that's funding a nationwide network of vigilante justice, the team must determine who is acting as judge and jury.
23 - Lost Time
The NCIS team investigates the murder of a Marine Sergeant in the States who was hailed as a war hero for his efforts overseas. Also, Gibbs turns to Doctor Grace Confalone (Laura San Giacomo) for advice after he uncharacteristically unravels and abandons his team at a crime scene investigation.
24 - Daughters
Former FBI Agent Tobias Fornell (Joe Spano) pleads with Gibbs to do whatever is necessary to take down drug dealers and suppliers in the area after his daughter, Emily Fornell (Juliette Angelo), is hospitalized from an opiate overdose. Gibbs is haunted by the personal aspects of the case and his history with vigilante justice.
25 - Maria Bello Is Right At Home with Her Fellow NCIS Stars
The latest addition to the NCIS team, Maria Bello, is a great fit - just ask Mark Harmon, Sean Murray, and Brian Dietzen!

Why can’t I purchase the season with $30.97 in my account

Where is the past Tuesday’s episode????

Where’s the 2/26/19 episode? I’ll give it 5 stars when you people finally add this episode.

Special Agent Ziva David has to come back. We all miss her!! But, at the same time, if they do bring Ziva back, they would have to bring Abby Scuito (NCIS’s forensic scientist) and Special Agent Tony DiNozzo back as well because DiNozzo and Abby left knowing that Ziva was dead. But if they do get Abby, DiNozzo, and Ziva back on NCIS for an episode or two {or for the rest of the season :)}, what I would do is have them all reunite (with everyone else too) and then that’s when Ziva would tell the story of how she either escaped or planned it. That would be amazing is if they got everyone back together. Ahhh I would be soooooo happy!!!!

Fletch F. Fletch - 16 years in and it’s still as good as ever

Because it’s seen as not edgy enough or as dangerous pr groundbreaking shows like NCIS are often overlooked during awards season. But there are so many moments big and small in over a decade and a half of shows that it’s easy to argue denying that NCIS is a quality series seems foolish. In past seasons we’ve had heartbreak and justice and humor and suspense and more than a little bit of old fashioned patriotism that even the most jaded could occasionally warm up to. This season has been an exceptional season simply because it remains exceptionally popular and involving even after all the years since the team was first introduced in JAG. Track that episode down sometime because it’s amusing that you end up rooting more for the guest star NCIS team over the JAG characters! This season we’ve seen a new addition to the team, some really fantastic older guest stars from past acclaimed tv series doing Emmy worthy work (Dabney Coleman for example), a budding relationship that has taken a leisure and organic and believable path as it develops and of course Mark Harmon doing his steely eyed thing. The question is, what will this year’s maddening cliffhanger season finale bring?

As a person who has watched every episode from every season, forwards, backwards, and shuffled, NCIS is the only show on TV the deserves.. all attention! Season 15, changed the rules, and Season 16 is a whole new breed of animal.

Hard to belive but after 16 yeasr the show gets better and ep5 wa over the top ! The acting was amazing !! Cannot be beat as an emptional and entertaining epsiode and the actors were simply excellent - I was suprised by how great at act Dryer portrayed !

When will Netflix update with season 16 and 17 of NCIS?

@Joejester191 Ehhh, I liked season 12, episode 16 where i first sww him, but im not a big fan of spin off shows. I prefer regular Ncis

@cbsaahelp When will Season 16 of NCIS be added to Netflix? #NeedMyGibbsFix

@kunaiknife everyone beat me to the first few options lol but I can recommend NCIS! Netflix has seasons 1-15, 16 &… 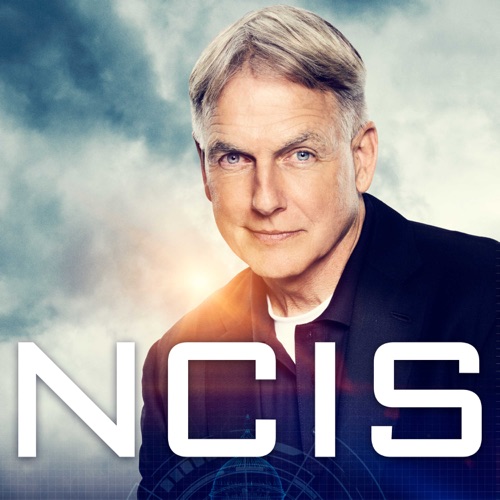