The Pritchett-Dunphy-Tucker clan is a wonderfully large and blended family that gives us a hilarious look into the sometimes warm, sometimes twisted, embrace of the modern family. Modern Family, Season 10 Wiki

What better than to be not as good before the show ends.

Season 10 has regained my love and attention for the sitcom.

Great show, each season is funny In it’s own way

I love modern family but this season has fallen a bit flat. It isn't as funny as it used to be and it doesn't seem like a family anymore with everyone off doing their own thing. It ised to be that you would see the whole cast in all episodes but this season has mostly focused onjust showing a few persons at a time.

You should watch! but the price for the season is very expensive. But its worth it

SpruceMuuce - Still good. But not great.

Seems to be losing the edge it had.

How is ONE season of this average show selling for $20, while a bunch of other CLASSIC shows (like the Office, which is in another league) are selling an ENTIRE SERIES for $30?? Is this not a huge ripoff or what??

Funniest sitcom ever! Amazing that this show is still at the top of their game after a full decade.

They are like my family, i’m obsessed with this show

Ugh so annoying please release the episodes as they air on TV now several episodes behind.

The screen keeps flickering and glitching and going black or flashing to a still shot of a previous scene... all the way through, and then it flashes to some other show after the whole episode is done... Let us know when it is fixed so we can watch it properly.

Like others, have spent months waiting for the second half of the season to be released. Requesting a full refund so I can buy off other platforms

Frequent Freighter - Half of season not available

Where is the rest of the season? Why is it not available? Time to contact the ombudsman??

pixie*** - Why are Episodes not being released?

I love modern family that much I was prepared to pay for the season pass so I could watch episodes as they are released. I think the season is even airing on Australian Television now but i still cant access Episodes ive paid for? Not to mention the only episodes I do have access to (episode 1-8) really are terrible in comparison to other seasons. I havent had an episodes available for months now. I actually googled if the season had been axed.. Really not impressed & disappointed. I want my money back.

cookie_sue - Why are we waiting ??

Why are we not able to get what we paid for ? Where’s the rest of the episodes ??

Bought a season pass but nothing has been made available since 2018. I am requesting a refund and will contact the ACCC.

Qween of cheese - Contacted apple about the season pass

I said well your competitors are up to date. They said that they cant comment on the matter and that I should contact the TV network to figure out why we dont have the episodes. I said I want a refund so I can buy it from their competitors they said to wait 24 to 48 hours for the episodes to be available. Lots of gray area and passive agreesive answers.

I regret purchasing the series as the episodes have taken so long to update. I should have just waited for other platforms

I've been waiting for months for the next episode (episode 9), and no explanation why. I'm considering requesting a refund due to unmet customer experience. As per previous poster, available on all other platforms, but not iTunes. Not great. Will investigate with Australian Competition and Consumer Commission.

Purchased the season in August, episodes have not been released in time, have been waiting for the latest episode since December 13th, it’s currently the 5th of February. the season is currently up to episode 14 on other platforms yet I can only access up to episode 8? I’ve purchased a season pass so where’s the rest of my season? Not happy Apple.

I am completely obbsessed with modern family!! I love every character from Jay to Cam. They are such a funny family bunch. I reccomend this show to everyone 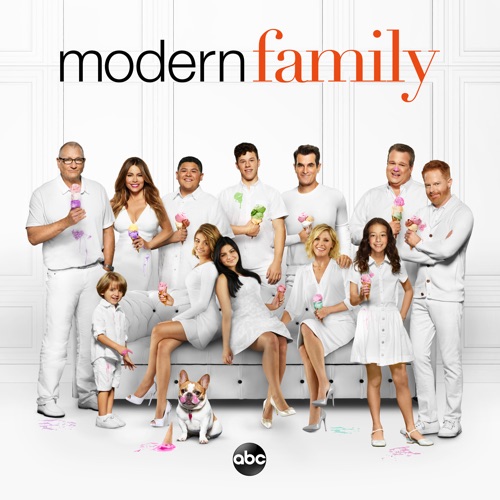