With a paranoid president facing investigation and the country tearing itself apart, Carrie (Claire Danes) and Saul (Mandy Patinkin) must determine who they can trust in the gripping seventh season of HOMELAND. As President Keane finds herself under threat from forces outside the government and within, Carrie embarks on a mission to unravel the truth and bring down a harrowing conspiracy. Homeland, Season 7 Wiki

After the attempted assassination of the president, Carrie Mathison is out of the White House while 200 members of the intelligence community are imprisoned. Now Carrie must prove that not all conspiracies are theories.

1 - Enemy of the State
Carrie and Franny are living with Maggie's family in DC. Saul and the federal employees detained after the attempt on the President-elect's life are in prison. President Keane's administration comes under scrutiny.
2 - Rebel Rebel
Carrie makes a discovery. Wellington protects Keane. O'Keefe continues to broadcast.
3 - Standoff
Carrie has a distressing realization.  Saul negotiates. Keane and Wellington disagree.
4 - Like Bad at Things
Carrie follows a lead. Saul’s situation goes from bad to worse.
5 - Active Measures
Carrie puts a plan in motion. Saul visits a source. Keane makes a desperate plea.
6 - Species Jump
Saul calls an old friend. Wellington has a problem. Carrie enjoys a win.
7 - Andante
Carrie makes a move. Wellington has a reckoning. Saul expands his operation.
8 - Lies, Amplifiers, Fucking Twitter
Carrie and Saul interrogate a suspect. Wellington makes a play.
9 - Useful Idiot
Yevgeny hits the road. Carrie has problems at home. Saul and Wellington work on Paley.
10 - Clarity
Saul and Sandy have an idea. Carrie needs to choose a side. Keane needs an ally.
11 - All In
Saul's mission is a go. The clock ticks on the Keane administration.
12 - Paean to the People
Carrie and Saul’s mission doesn’t go as planned. Elizabeth Keane fights for her presidency.
13 - Homeland Season 7 – Sneak Peek
Watch a sneak peak of the gripping seventh season of HOMELAND, starring Claire Danes and Mandy Patinkin.
14 - Inside Look
Get an extensive, behind-the-scenes look from the cast and executive producers as they discuss the characters’ journeys throughout the thrilling seventh season of HOMELAND.
15 - On Set with the Art Department
Get an inside look from the talented crew on designing the set of the West Wing and outfitting the president for the seventh season of HOMELAND.

U see the long running series @SHO_Homeland? Even though started running years ago its eerily similar to current ev…

after the rollercoaster ride of #homeland season 5 and 6, season 7 is sadly nothing but silly.

Series finale. Been a long time coming Homeland, a long time. Almost a year. Granted season 7 and 8 wasn’t out at the time.

Just started season 7 of Homeland and if anything happens to @MackenzieAstin, I will reach into my TV and kill Dar…

@Acyn It’s a combination of three movie/cable TV series plots that come to mind. They are: Clear and Present Danger…

@naomi_rovnick I only started Homeland at the start of the Lockdown. Just started Season 7 - so very good.

@GenMhayden 7) Of conflict... according to my understanding. Opinions... perspectives... but more than that... whe… 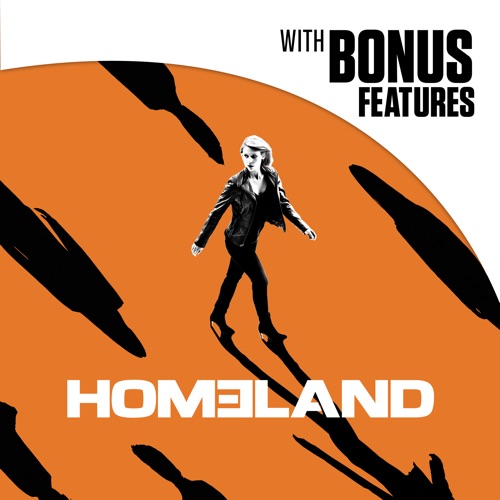