Issei is suddenly attacked in Kyoto by a mysterious fox yokai—whose mother is missing—and it looks like the Chaos Brigade is behind it! Only the Grabbing Dragon and his voluptuous vixens are prepared to face them and get the fox yokai’s mother back. High School DxD HERO, Season 4 Wiki

1 - Holiness Behind the Gym
Hyodo Issei is not your average high schooler. In fact, he is a reincarnated devil who dreams of becoming the Harem King. He usually spends his school days in peace, together with his many friends. However, one day a devil named Diodora appeared.
2 - That’s Right, Let’s Go to Kyoto
Issei prepares for his school trip to Kyoto, but before he leaves, he must go with Rias and the others to the Gremory household so Rias can report the completion of her family. There, they meet Sairaorg, who requests a little hand-to-hand with Issei.
3 - School Trip, An Abrupt Attack
Issei and his classmates arrive in Kyoto. Although Issei is ready to enjoy Kyoto to the fullest, getting stronger is always on his mind. However, it seems training isn't the only thing to worry about in Kyoto. Powerful groups have begun to move.
4 - The Party of Heroes
Issei and the others continue their training, even while they fully enjoy themselves in Kyoto. Issei's group meets the mysterious nine-tailed fox once again and, this time, she begs them to help the Youkai save her mother from the Chaos Brigade.
5 - Showdown! Gremory Family vs. Hero Faction in Kyoto
The Hero Faction has arrived and Cao Cao wants to cross blades with Azazel and the Red Dragon Emperor. In such a dire situation, Issei must respond quickly so all his friends make it out of this alive. Will he ever find his "potential" and release it?
6 - My Potential Released!
Issei and his team meet with Cao Cao at the Nijo Castle and find Kunou's mother there. A showdown between the two factions begins. Pushed into a corner, Issei finally finds it inside himself to unleash his inner potential and call for what is his.
7 - The School Trip Is in Pandemonium
Issei summons his beloved President into the heat of the battle in Kyoto. As she floats before him, Elsha whispers into his ear to poke her boobs. Pressing the switch releases his potential power and Issei challenges Cao Cao once again.
8 - We Are Preparing for the School Festival!
The Chaos Brigade has quieted down since their stunt in Kyoto so Issei and the others must now focus on other issues. After all, there are hero shows to act in, a school festival to prepare for, and the ever-looming Rating Game with Sairaorg.
9 - A Girl's Heart Is Complicated
The Gremory family is now in full training mode for the upcoming Rating Game. However, Issei has a lot of other things on his plate. There's a school festival to prepare for and a press conference to overcome. On top of that Rias is acting strange!
10 - The Deciding Battle of the Strongest Youth, Begins!
The Rating Game is about to start, but Issei has things to figure out. He has formulated a guess as to why Rias is acting the way she is, but does he dare believe it? His girls give him courage. And, finally, their team steps out into the battlefield.
11 - As a Family Member of Rias Gremory
The Game has officially begun and the dices keep rolling. One by one various members of each family fight and slowly retire from the Game. Everyone in the Gremory household is risking their lives and fighting desperately to bring Rias victory.
12 - Man Against Man
Sairaorg has finally risen up to the stage and Kiba, Xenovia, and Rossweisse team up against him. The battle is swift and brutal and Issei is finally reaching his bursting point. Will he be able to channel his feelings? Or will resentment take over?
13 - Lion Heart of the School Festival
Issei purges the curse of his Sacred Gear and stands up once again, in his form as a Queen piece. Sairaorg and Issei duke it out in one final fist fight where winner takes all. After that, the only thing he has to worry about is his confession to Rias.

Yes it is uncensored

If you buy the full season/an individual episode you can enjoy it to its 100% DXD glory. I bought episode 8 of heroes and if that shows the good stuff then there’s no reason anything else should be censored.

Besides the fan service the studio gives us, the series has a really great story plot and interesting characters. Even though it strays from the manga a little, the author of the series was the one that tweaked it, so it’s fine. Looking forward to the two more seasons they promised us

They might as well cover all volumes with the anime adaptation and end the series with a movie since they already went past the 3 season max.

Is s4 censor ? Someone let me know

The fourth season was good, but the anime wasn't so good why they decided to change the anime style after using the same style in the first three season is byond me. Other wise it was worth watching.

I love this season the best keep up the good work.

Another great anime has come and the best of is the harem king and the lovely girls. True this one is different of the other series but still that won’t stop loving of ecchi scenes and of course oppais 😉👍🏼

I understand they changed the studio due to how season three. At least this new studio tried to follow the light novel. 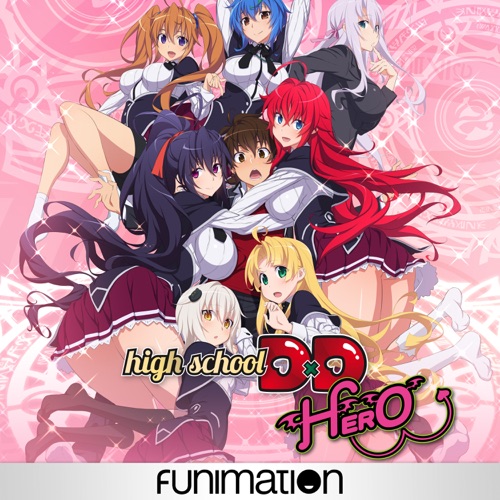