It’s all for one and one for PAW in 7 MORE Ultimate Rescues, including a double-length tale! Soar to the rescue of Daring Danny X in Skye’s Ultimate Copter, solve an ultimate cellphone mystery with Chase and save a special stargazing night in an Ultimate Construction Rescue! PAW Patrol, Ultimate Rescue, Pt. 2 Wiki

Ultimate Rescue: Pups Save a Runaway Stargazer
A comet is coming, and the PAW Patrol get to work building a giant observatory! When the observatory starts rolling out‐of‐control, Rubble and the pups need to get to work re‐building everything it destroyed in this Ultimate Construction Rescue!

Ultimate Rescue: Pups Stop a Meltdown/Ultimate Rescue: Pups and the Mystery of the Missing Cellphones
It's a hot day in Adventure Bay, and things are melting!The pups will need a lot of fire-pup power to cool things down.Cell phones are vanishing all over Adventure Bay! The pups will need a lot of police power to solve this mystery and save the day!

Pups Save a Frozen Camp-Out/Pups Save the Fizzy Pickles
Alex and Mr. Porter are on a tropical Island camping trip when a freak snowstorm hits! Mr. Porter is delivering his famous fizzy pickles to people around town.

What do you think PAW Patrol, Ultimate Rescue, Pt. 2 tv serie? Can you share your thoughts with other peoples? 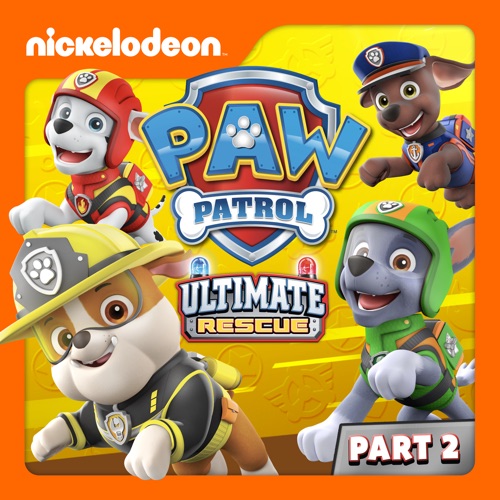