THE HOT ZONE, starring Julianna Margulies as Dr. Nancy Jaax, is inspired by a true story about the origins of Ebola, a highly infectious and deadly virus from the central African rainforest and its arrival on U.S. soil in 1989. When this killer suddenly appeared in monkeys in a scientific research lab in the suburbs of Washington, D.C., there was no known cure. The Hot Zone, Season 1 Wiki

Based on the eponymous international bestseller by Richard Preston, The Hot Zone recounts the terrifying true story of the origins of the Ebola virus, a highly infectious, deadly virus from the central African rain forest and its first arrival on U.S. soil. In 1989, when this killer suddenly appears in chimpanzees in a scientific lab in the suburbs of Washington, D.C. — a stone's throw away from the White House — there is no known cure. A heroic U.S. Army veterinarian, working with a secret military SWAT team, puts herself in mortal peril when she tries to head off the outbreak before it spreads to the human population. The Hot Zone is a dramatic, hair-raising account of a rare and lethal virus and its impact on the human race.

1 - Arrival
Lt. Col. Jaax is a wife and mother of two and has one of the most dangerous jobs in the world. Every day, she dons layers of protective gear and enters the Biosafety Level 4 lab at USAMRIID, where she handles the world’s deadliest viruses. In 1989, she arrives at work and tests a sample, which she fears it may be one of the deadliest viruses known.
2 - Cell H
Lt. Col. Nancy Jaax takes matters into her own hands when she convinces an employee at the research facility to hand over more samples from the infected monkeys. Meanwhile, at USAMRIID Jaax and Jahrling test the new specimens and face the virus through their microscope. Jaax is determined to figure out the source and brings in Ebola expert Dr. Wade Carter.
3 - Charlie Foxtrot
When representatives from varying agencies disagree on how to handle Jaax's discovery, she realizes there are few protocols in place for containing a deadly virus on U.S. soil. An employee at the monkey research facility falls ill, causing Jaax to fear the virus has spread to the human population. Travis Rhodes, from the Center for Disease Control, arrives with a different way of handling matters.
4 - Expendable
Nancy Jaax begins to lead a team from USAMRIID to prepare for the most dangerous mission any of them have ever faced. With full access to the research facility, the life-threatening stakes cause great concern in the Jaax family home. Her husband, Jerry, searches for a way to protect his wife. Meanwhile, Jaax believes her mentor, Dr. Wade Carter, may have a different agenda.
5 - Quarantine
Inside the primate research facility, unforeseen dangers arise. Lt. Col. Jaax works tirelessly in Biosafety Level 4 to find out why the virus is behaving differently in human victims than expected. With the daunting task of euthanizing monkeys, unforeseen dangers arise, and even the strongest of the team are pushed to the brink.
6 - Hidden
An already volatile situation inside the infected research facility boils to a head. With Nancy Jaax stepping up while those around her fall, exhaustion threatens the precision needed to sterilize the threat. Their efforts to contain panic are threatened when the press arrive and neighbors become aware of the danger next door.
7 - The Hot Zone - Behind the Scenes
THE HOT ZONE, starring Julianna Margulies, is inspired by a true story about the arrival of Ebola – a deadly and highly infectious virus – on U.S. soil in 1989, and the desperate efforts to contain it without alarming the public.  This behind-the-scenes video features interviews with the cast, producers, and director, along with clips of the series.

MYangster - Excellent drama and too bad only has 1 season

Wish this have more than 1 season. I learned something from it. It's worth to buy it and learn what to do in a similar situation.

Don’t waste your money or time.

Eye opening mini series. Ebola scares the heck out of me .

One of the best shows I watchd the past months, exciting, great actors and plot, surprising and great until the end! Loved and binge watched it!

F4b14nc1t0 - Margulies being bossy and reckless

Not to my taste. Natgeo seems to be on a downward path. After seeing the first episode, all I could think of was how much better the deadly virus threat was expressed in Steven Soderbergh's movie Contagion. And Margulies being bossy (with the subordinate who accompanies her to the hot zone, and later with a guy who helps her get a monkey sample) while being reckless at the same time (she commits a transgression when she goes into the hot zone with a wound in the palm of her hand, and then when she considers the situation so urgent she has to get a monkey sample without following due process) she really busts my chops.

This is something we all need to know about. A virus could easily devastate this planet. We need to stay informed and always Lear new things.

Loved this show! The acting was so good, and I was on the edge of my seat! This would be a great one to binge watch on a rainy day. After watching it, I have washed my hands seventeen times a day. Fully recommend!

This is such a good show.

Tv has been a slew of ridiculous and over the top “reality shows”. The Hot Zone was well acted, written, and shot. No need for over the top gore and it grabbed my attention and now I want to learn more.

How do you turn such a gripping and fascinating book into such a boring TV show? NatGeo really needs to up its scripted drama game. This was Mars all over again.

All the actors are amazing and play the role very well this show keeps me at the edge of my seat every time highly recommend to anyone who is looking for a good show to watch “it’s the closest you can get to a real life horror show”!

In the Trump administration, responses like these could be believable as few contingencies and plans do exist policy wise.

Unfortunately the show doesn't achieve what it sets out to and so descends into cliched and contrived conclusions. I bought it because it was cheap and it had the National Geographic brand associated with it - they have a lot of work to do before their drama catches up to their documentaries.

I get it was based on a true story But the end was not well done and very anti climatic There was no clear explaination and it seemed to just end In the last episode there was a number of holes and unanswered questions, it’s like they cut out half to have it fit in the time slot I was just really let down by it all

I read the book by Richard Preston a few years ago, and the other books he wrote, this is a pretty good adaptation of the book and highlights the risk of failing to plan for an eventuality that will come. Bit like the US President Donald Trump cutting back on CDC and USAMRIId funding and teams that prepare to fight an epidemic or pandemic, just before the Coronavirus started. PPPPP

Nati175 - Why are there only two episodes?

Is that it? So confused. Internet says there are 6, but there are only two here and it’s been out for months.

Enjoyable but a little rushed. This show could have gone on longer and created a better story. 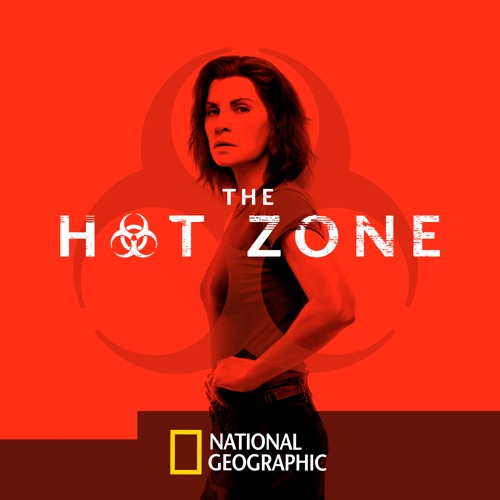