As a series of monstrous killings becomes more audacious, Luther and new recruit DS Catherine Halliday are confounded by a tangle of misdirection that seems to protect an unspeakable horror. As the case brings him closer than ever to the nature of true evil, Luther must also face the ghosts of his own past. Luther, Season 5 Wiki

Luther, Season 5 - Episode 1 Synopsis
A new spate of nightmarish murders brings DCI John Luther to once again face the depths of human depravity on the streets of London. As the body count rises, and gangster George Cornelius applies his own pressure, can Luther catch the killer and save his own neck?
Luther, Season 5 - Episode 2 Synopsis
Luther must confront a demon from his past, as both the police and Cornelius converge on his home. With Halliday convinced that the body in the morgue isn't their killer, can Luther put his own troubles to one side and find the true murderer before he strikes again?
Luther, Season 5 - Episode 3 Synopsis
With his friend in peril and a young woman kidnapped by the relentless serial killer, can Luther protect the innocent while preventing Cornelius's violent revenge from consuming him? Who is Luther willing to save, and who can't he bear to lose?
Luther, Season 5 - Episode 4 Synopsis
Reeling from the death of his friend, Luther races to save the others from Cornelius's terrible retribution. With Luther's increasing absence from the case, Halliday heads the hunt for a killer on the loose - a killer determined to complete his final macabre masterpiece.

A dark psychological crime drama starring Idris Elba as Luther, a man struggling with his own terrible demons, who might be as dangerous as the depraved murderers he hunts.

1 - Episode 1
While the monstrous and seemingly indiscriminate killings become ever more audacious and public, Luther and new recruit D.S. Catherine Halliday are confounded by a complex tangle of leads and misdirection that seems designed to protect an untouchable corruption.
2 - Episode 2
The police and Cornelius converge on Luther's home. With Halliday convinced that the body in the morgue isn't their killer, can Luther put his own troubles to one side and find the true murderer before they strike again?
3 - Episode 3
With his friend in peril and a young woman kidnapped by the relentless serial killer, can Luther protect the innocent while preventing Cornelius' violent revenge from consuming him? Who is Luther willing to save, and who can't he bear to lose?
4 - Episode 4
With Luther's increasing absence from the case, Halliday leads the hunt for a monster on the loose - a killer determined to complete his final macabre masterpiece...
5 - Trailer
Idris Elba returns as the maverick DCI John Luther, a near-genius murder detective whose brilliant mind can't always save him from the dangerous violence of his passions.
6 - Lust for Luther
A look at the worldwide phenomena of Luther.
7 - Luther Land
A look at the creation of the Luther universe.

We loved watching all of the seasons of Luther, or should I say Alice and Luther!! Alice's character was amazing!!

Okay, mostly because I liked the other old volvo with all the engine warning lights always on. As for the show, it was a little odd, a serial killer you didn’t care - like a boring side story. But Alice slowly cracking up? Priceless. A bad Luther is still superior to whatever else is on TV

worst season of luther yet. i wish they had just left it at 4. the pacing of this season is like watching a show in fast forward. it's rapid fire, one thing after another, and I found myself not caring about any of it. The actors are doing their best to play these cardboard cutouts that do and say things that make little to no sense.

With Idris Elba and Ruth Wilson how can you miss. A great drama and very thrilling. Luther is going out with a bang! 👏

i know they make season 5 because people wanted more Luther- but he just looks so tired and doesn't care anymore and only has this one dimensional story to tell - grant it , it's only 2 episodes so far, but it's been disappointing. hope it gets better ?

Synposis: One dimensional characters get threatened and beat up a lot. These may be good actors but the roles they are given are awful.

This show is sooo good. Glad it’s back!

How this show isn’t bigger I don’t know. John Luther is a legend.

So thrilled Luther is back for another season. Great show as always, exciting and thrilling. Hope to continue seeing more in the future

Zim is now a live 'Wrong Turn' film Season 5. Since Nov 2017 it's like a horror movie. Crocodile, young crocodiles…

@NetflixUK any idea if Luther Season 5 will be on netflix soon?

Luther: “You wore it the night you kicked that Somali rent boy half to death” season 5 ep2

how have i only just found out there’s a season 5 of luther and i haven’t watched it ? netflix , what you doing

@leticia_creates: "[The white moderate] who paternalistically believes he can set the timetable for another man's freedom; who lives by…

"[The white moderate] who paternalistically believes he can set the timetable for another man's freedom; who lives…

Ultimately season 5 details Liv’s PTSD from the kidnapping. It changes her into a beast that will stop at nothing t…

Dear BBC; please can we have a full 5 season spin off of Luther just called ‘Alice’? She is an absolute badass and I’m here for it.

How I didn't know there was a whole season 5 of Luther? Man, lemme get this cracking...love a good British crime drama.

@scstormfootball: After moving over to Linebacker from Fullback in 2017, Connor produced a breakout season with 83 Tackles, IIAC Player…

@mjgolla22 Idris Elba was like, enough of this, I've got Luther season 5 coming up. 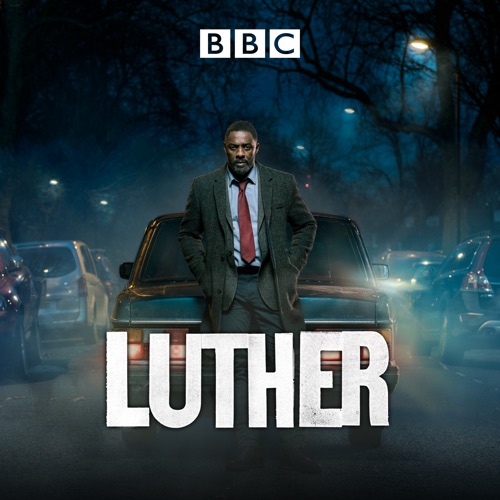