The third season of the Emmy Award®-winning "The Handmaid's Tale" is driven by titular handmaid June’s (Elisabeth Moss) resistance to the dystopian regime of Gilead, in which she finds herself once again after opting not to flee to Canada with her baby at the end of the second season. Now, she will struggle to strike back against the regime against overwhelming odds. There will be startling reunions, betrayals and a journey to the terrifying heart of Gilead. The Handmaid's Tale, Season 3 Wiki

Season three is driven by June's resistance to the dystopian regime of Gilead and her struggle to strike back against overwhelming odds. Startling reunions, betrayals, and a journey to the terrifying heart of Gilead force all characters to take a stand, guided by one defiant prayer: "Blessed be the fight."

1 - Night
June embarks on a bold mission with unexpected consequences. Emily and Nichole make a harrowing journey. The Waterfords reckon with Serena Joy’s choice to send Nichole away.
2 - Mary and Martha
June helps Marthas with a dangerous task while navigating a relationship with her pious and untrustworthy new walking partner. Emily and Luke struggle with their altered circumstances.
3 - Useful (aka Watch Out)
June navigates a meeting where she must face both Commander Waterford and Nick. Serena Joy attempts to recuperate at her mother’s home. Lawrence teaches June a hard lesson about the difficult decisions he makes as a Commander.
4 - God Bless the Child
June negotiates a truce in the Waterfords’ fractured relationship. Janine oversteps with the Putnam family, and a still-healing Aunt Lydia offers a brutal public punishment.
5 - Unknown Caller
June and Serena grapple with the revelation that Luke is caring for Nichole in Canada, leading to an incident that will have far-reaching ramifications.
6 - Household
June accompanies the Waterfords to Washington D.C., where a powerful family offers a glimpse of the future of Gilead. June makes an important connection as she attempts to protect Nichole.
7 - Under His Eye
June escalates her risky efforts to find Hannah. Emily must face her past crimes as the ongoing international diplomatic crisis becomes more complicated. Serena and Fred contemplate their future in Washington.
8 - Unfit
June and the rest of the Handmaids shun Ofmatthew, and both are pushed to their limit at the hands of Aunt Lydia. Aunt Lydia reflects on her life and relationships before the rise of Gilead.
9 - Heroic
Confined in a hospital, June’s sanity begins to fray. An encounter with Serena Joy forces June to reassess her recent actions.
10 - Bear Witness
Ready to strike back at her oppressors, June starts making arrangements for an ambitious plan, but a devious ploy on the part of Commander Waterford threatens to derail her. In Canada, hope turns to tragedy for Moira, Luke, and Emily.
11 - Liars
June must rely on an unpredictable Commander Lawrence to execute her plan, but a terrifying return to a place from June’s past puts everything in jeopardy. Serena Joy and Commander Waterford take a clandestine trip.
12 - Sacrifice
Gilead leadership is rocked by losses among their own. Luke and Moira adjust to new arrivals in Canada. June worries about disruptions to her plan, only to have tragedy strike the entire household.
13 - Mayday
With her plan in place, June reaches the point of no return on her bold strike against Gilead and must decide how far she's willing to go. Serena Joy and Commander Waterford attempt to find their way forward in their new lives.
14 - The Handmaid's Tale Season 3 Official Trailer
See what's ahead on this season of The Handmaid's Tale.
15 - The Handmaid's Tale Season 3 Teaser
Get a sneak peek of what's to come on this season of The Handmaid's Tale.

Best Show ever !!! Have you ever think about how far are we really are from this Dystopia being real !? I am horrified and that is why I love this show !!!

Simply the best show ever.... but of course it would be with the incredible acting talent of Elisabeth Moss as June/Offred!

I just don’t understand how the entire season has been finished for a few months from Hulu and it is JUST NOW being real eased for purchase anywhere. Someone please explain this to me.

The writing and acting continues to be top notch. I keep expecting this series to run out of steam or ideas, but I always find myself gripping the couch and shouting at the screen. (High praise in my quiet household) I haven’t read the books, but I’m excited to read the latest, knowing that there’s further integration with the show. Can’t wait for the next season!

The beginning kinda jumps back and forth and there are some scenes initially hard to watch, however, this is a great series. Totally addicted to the storyline of June and the others in Giliad. I feel for Nick and Luke and finally, the commander and Serena will get what they deserve. Hoping season four is as great as the others. Absolutely love all of the actors chosen for the series. On another note, it is kinda frightening with where this show is, matter of year and climate etc with a lot of environmental issues, are we heading in that direction ourselves? I hope not, but it’s not far fetched.

mylyfemyrulz - This was the worst season EVER

Im sorry but of all seasons this was by far the WORST. most the episodes were close ups of junes face with her looking crazy as all hell. Nothing really interesting happened. Nick was not even in the majority of the season! I watch this show for max minghella! Where was he?! Junes character is really starting to get on my nerves. This definitely is not worth 35$.

raffols - Too expensive! Will buy in VUDU.

Sales should be declining and the CMO will be laid off!!! Go back to the $19.99’s and 24.99’s or else you will keep losing customers!!!Outrageous price!!! Itunes is helping us to move to VUDU. These prices are ridiculous. TV seasons up to $45???!!

One of the best T.V. shows on tv today Anyone else happy how Season 3 ended??? I Loved it

Low rating due to frustration of not having access to the final episode 13. Why is this not available?

kesenw - What is going on

I love HMT especially the first two seasons but seriously what is going on in Season Three? It’s moving at this repetitive, slow pace and literally nothing has been going on for the first nine episodes it’s like they ran out of ideas.

Could not be more in love with this show

Start with the first season. You won’t be disappointed.

Love love love. Nothing but love.

Series 3 had such potential after 2 superb seasons. Season 3 is slow to the point of boring.. in fact I am now 3 episodes behind and can’t be bothered. Such a shame.

Baldydafydd - Too many pricing games iTunes

Having seen all 3 seasons, it’s more gripping than ever, really looking forward to season 4. This is a slow burner, which I like; and you really get a chance to explore more character back-story in this season.

By season 3 this is a monotonous slog - a punishing extension of the original idea. I guess a bit like the handmaid predicament. With no discernible plot development or intrigue, it’s hard to fathom what it’s purpose is other than to perpetuate the lucrative series franchise. It seems like every episode concludes with some meaningful stare to camera with resolve, only to be reset in the following episode to another trudge through hopeless misery. Series 3 will be my personal farewell to this narrative frustration.

PeterGramme - What happened to this series?

Season 3 is slow-moving, self-indulgent rubbish. Waste of money buying this

Season 3 of the Handmaid’s Tale has jumped the shark

No está The Handmaid's Tale season 3 en Prime. Genial. Me voy a matar.

I said this as soon as I started seeing the over the top reaction by the police to the peaceful protesters. Eerily…

Is this really a good time to begin watching Season 3 of “The Handmaid’s Tale”...? #DystopiaNow

@MargaretAtwood I am taking this as a sign I better get caught up on Season 3 of The Handmaid's Tale. May I hope f…

@RomiDesigns @StephenKing All these images keep reminding me I haven't watched Season 3 of The Handmaid's Tale.... 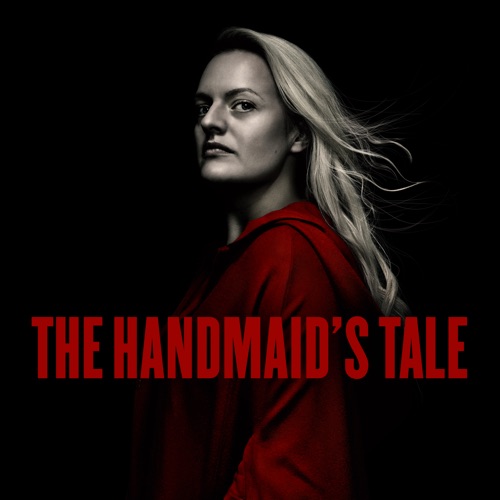