Country Music chronicles the history of a uniquely American art form, rising from the experiences of remarkable people in distinctive regions of our nation. From southern Appalachia's songs of struggle, heartbreak and faith to the rollicking western swing of Texas, from California honky tonks to Nashville's Grand Ole Opry, the series follows the evolution of country music over the course of the twentieth century, as it eventually emerged to become America's music.

1 - The Rub (Beginnings –1933)
After centuries of percolating in America’s immigrant and racial mix, particularly in the American South, what was first called “hillbilly music” begins reaching more people through the new technologies of phonographs and radio.
2 - Hard Times (1933 –1945)
During the Great Depression and World War II, country music thrives and reaches bigger audiences. Gene Autry sets off a craze for singing cowboys, Bob Wills adapts jazz’s Big Band sound to create Texas Swing, and Roy Acuff becomes a star.
3 - The Hillbilly Shakespeare (1945 –1953)
Country music adapts to the cultural changes of post-war society. Bill Monroe and Earl Scruggs transform string band music into Bluegrass. Out of the bars comes a new sound and songs about drinking, cheating, and heartbreak: Honky Tonk.
4 - I Can’t Stop Loving You (1953 –1963)
In Memphis, the confluence of blues and hillbilly music at Sun Studios gives birth to “rockabilly,” the precursor of rock and roll. Elvis Presley and Johnny Cash are at the forefront. Nashville has become Music City USA.
5 - The Sons and Daughters Of America (1964 –1968)
During a time of upheaval, country music reflects the changes in American society. Loretta Lynn performs songs that speak on behalf of women. Charley Pride becomes a country star. Merle Haggard becomes the “Poet of the Common Man.”
6 - Will the Circle Be Unbroken (1968-1972)
With the Vietnam War intensifying, America is more divided than ever. Country music is not immune to the divisions. Kris Kristofferson abandons his military career, becomes a writer whose lyricism sets a new standard for country songs.
7 - Are You Sure Hank Done It This Way? (1973-1983)
Defining country music is debated as never before, and the argument sparks a vibrant era. Dolly Parton crosses over to mainstream success. Willie Nelson finds creative freedom in Texas. Emmylou Harris influences a new generation of artists.
8 - Don’t Get Above Your Raisin’ (1984 –1996)
As country music’s popularity skyrockets, the genre confronts the question of whether it can also stay true to its roots. The success of the “New Traditionalists”—Reba McEntire, Randy Travis, the Judds, and Dwight Yoakam—suggests it can.
9 - Ken Burns: Country Music Extended Trailer
Get a sneak peek at the upcoming epic series, Country Music, from director Ken Burns. It chronicles the history of a uniquely American art form, focusing on the biographies of the fascinating characters who created it.
10 - Bonus: Charlie Daniels: The Devil and the Fiddle
Charlie Daniels talks about “The Devil Went Down to Georgia.”
11 - Bonus: The Oak Ridge Boys: “Farther Along”
Oak Ridge Boys do “Farther Along.”
12 - Bonus: Dolly Parton: “Pretty Fair Maid”
Dolly Parton sings “Pretty Fair Maid.”
13 - Bonus: “Will the Circle Be Unbroken:” Country Music’s National Anthem
More discussion of “Will the Circle Be Unbroken.”
14 - Bonus: Hank Williams: The Songwriter and Performer
More on Hank Williams.
15 - Bonus: Elvis: The Hillbilly Cat
More on Elvis and rockabilly.
16 - Bonus: Patsy Cline: Tough Edges, Big Heart
More on Patsy Cline.
17 - Bonus: Johnny Cash: Poet and Performer
More on Johnny Cash.
18 - Bonus: Loretta Lynn on Songwriting
More on Loretta Lynn.
19 - Bonus: The Artistry of Merle Haggard
More on Merle Haggard.
20 - Bonus: Dolly Parton: The Songwriter and Celebrity
More on Dolly Parton.
21 - Bonus: Hank Williams, Jr.: On His Own
More on Hank Williams, Jr.
22 - Bonus: Johnny Cash: His Legacy
More on Johnny Cash: his sense of humor and American Recordings.
23 - Country Music Behind the Scenes
Behind the Scenes at Florentine Films.

The best documentary I have ever watched! Love the story behind the musicians, songs, and evolution of music.

I’ve never been a fan of country music, but maybe that will change now. For me, this has been a most interesting documentary series. One of the best I’ve seen. It’s like a story of America through music, with classic images and sounds. Have learned a lot of information where previously I knew nothing. For example, it details the important role of minorities, most notably African-Americans, in the development of the genre. If you do know country music, there’s probably plenty for you here too. It shows where the great artists came from, how they got their start, and why their music has touched so many Americans.

This is a show you. Can watch over and over again. Going in I thought this might be Burns best work since the Civil War. I was wrong. It’s better.

I have been a Ken Burns fan since he first did the Civil War. I have seen everyone of his documentaries multiple times and I own most of them. I am also a huge fan of “American Experience.” Up until “Country Music” I didn’t think he could ever top “Jazz,” but “Country Music,” in my opinion, is his finest work to date. I really enjoyed Marty Stuart’s commentaries. I have seen him in concerts several times and enjoy his music, but I was amazed by the depth of his knowledge about the history and evolution of country music. If you ever get to Nashville you should take a tour of Roy Acuff’s home next to the new Grand Ole Opry. They show several short movies and Marty Stuart is featured prominently in one of them. I couldn’t wait for my local PBS station to play the episodes one by one so I bought it on Apple TV so I could binge it all at once. This documentary is fantastic. I highly recommend it.

Turn it up: @TheFilmAvenger tunes his steel guitar and serenades us with long, slow pans across black-and-white pho…

Turn it up: @TheFilmAvenger tunes his steel guitar and serenades us with long, slow pans across black-and-white pho…

@Anthony13396399 You’re welcome. The Carter family helped start it all. If you haven’t seen the Ken Burns documenta…

if you’re upset about the Ryman, you clearly missed something when you watched Ken Burns documentary.

Not sure why #PBS is throwing in copies of Ken Burns' Country Music as a thank you gift during this #IconicWomenofCountry special...

COUNTRY MUSIC: LIVE AT THE RYMAN is airing on #KMOSTV tonight at 5 PM! Musicians celebrate the "Country Music" docu…

@MyTwoYen: Just finished Ken Burns’ “Country Music”. It was so good. I must have teared up a half-dozen times. My favorite quote was “Co…

Just finished Ken Burns’ “Country Music”. It was so good. I must have teared up a half-dozen times. My favorite quo…

‘Country Music’ Review: Ken Burns’ Latest Portrait of America Focuses on Who Gets to Be Included in Its History

The Ken Burns Country Music series (some episodes on i-Player) is, as you might expect, extraordinary. A brilliant…

Some podcast preps are more enjoyable than others! 🎶 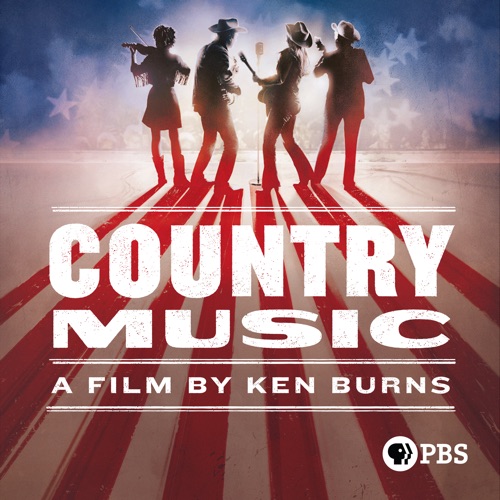