Teen Mom 2 is a spin-off of the MTV documentary series 16 & Pregnant. We are following the stories of four girls from the first season of 16 & Pregnant who are facing the challenges of their first years of motherhood. Each episode interweaves stories of four teenage girls who are navigating the bumpy terrain of adolescence, growing pains, and coming of age - all while facing the responsibility of being a young mother.

Each story offers a unique look into the wide variety of challenges young mothers can face: marriage, relationships, family support, or lack thereof, adoption, finances, rumors among the community, graduating high school, starting college, getting (or losing) a job and the daunting and exciting step of moving out of the nest to create their own families.

1 - Hey Girl Hey
Jade joins the cast of Teen Mom 2 but trust issues threaten an important anniversary with Sean. When Briana allows Devoin to take Nova for the weekend, he disappoints her in a big way. Leah and Jeremy get flirty in New York.
2 - Welcome to the Jungle
Briana confronts Devoin in New York. Jade tries to smooth things over with Sean before moving into their new house. Leah and Kailyn vacation together in Costa Rica. Chelsea and Cole consider a new opportunity.
3 - Direct Message
Leah faces another health scare with Addie. Jade and Sean reach a boiling point, forcing her to move out. Briana is torn when she gets a suspicious DM about John. Adam surprises Aubree. Lux's father puts Kailyn in a difficult situation.
4 - Truth Hurts
Sean refuses to let Jade get her things from their house, so she goes to the police. Leah gets some shocking news about her sister. Javi and Lauren are rocked by an on-camera revelation from Kailyn. Briana and John visit the Dominican Republic.
5 - Walking the Walk
When Nova misses her dad, Briana puts her anger with DeVoin aside. Jade tries to distance herself from Sean but worries how it will affect Kloie. Leah's kids become suspicious of her possible romance with Jeremy. Kailyn reconsiders a move.
6 - Make It or Break It
Sean pleads with Jade to let him see Kloie. Jo throws a wrench into Kailyn's vacation plans while Leah considers what this Hawaii trip could mean for her and Jeremy. Briana wants to take her relationship with John to the next level.
7 - Getting Lei'd
Gracie reveals some deep feelings about Jeremy to Leah while on vacation in Hawaii. Briana celebrates Stella's second birthday, but leaves someone off the guest list. Jade worries her mom is slipping back into old habits.
8 - Normal Parents
Jade's relationship with her mom deteriorates. Things for Briana and John crumble when she visits him in NY. Ali gains independence at a camp for children with muscular dystrophy. Kail celebrates Lux's birthday.
9 - Bailout
When Jade's parents are arrested, she's forced to pick up the pieces. Devoin tries to prove to Briana that he can be around for Nova. Leah welcomes Ali home from camp. Chelsea celebrates her shared birthday with Layne. Kailyn makes a big investment.
10 - Sugar-coated Mood
Briana makes a major decision, leaving John sidelined. With her parents still in jail, Jade reaches to Sean for support. Chelsea's anxiety rises with the launch of her clothing design. Kailyn has a big surprise for the boys. Leah's girls start school
11 - Don't Miss the Sunset
Luis reappears with a major ask for Briana. Sean's rent is late, forcing Jade to make a difficult choice. Kailyn gets upsetting news about a family pet. Jeremy finally makes dinner plans, but Leah's feelings for him aren't as strong.
12 - Bear
Kailyn and her boys say goodbye to the family dog. Jade takes Sean in with surprising results. Briana confronts John about their deteriorating relationship. Chelsea gets a shocking request from Adam's mom. Leah is reminded of her past with Jeremy.
13 - Reunion Part 1
Chelsea and Leah meet Jade and discuss their similarities. Kail defends her decisions and Briana reveals where things went wrong with John. Leah is joined by Jeremy on stage and discuss their relationship status and his feelings about the twins' dad.
14 - Reunion Part 2
Kail and Leah reveal what happened behind the scenes in Hawaii and Briana has an emotional heart to heart with John. Later, Jade triggers her mom when she is confronted about her arrest and Chelsea discusses her battles with anxiety and panic attacks.
15 - Reunion Part 3
Chelsea and Cole take center stage to talk marriage highs and lows, with guests Cate and Ty from Teen Mom OG. Kail reveals how she felt about Jade joining the TM2 cast and Briana's mom, Roxanne, keeps it real via Skype.
16 - Unseen Moments
The cast of "Teen Mom 2" watch and react to never-before-seen clips from the past season.

Save your money and buy this season on Vudu or some other platform. This is the first season I’ve had issues with the episodes not being available the next day. I even had one week where the episode became available but the previous episode STILL wasn’t! They wouldn’t be available for several day’s and Apple just blames it on MTV and says they can’t do anything about it. I finally ended up asking for a refund which they gave me but it also took away the subscription for the season. I mean whatever I guess I get it but really apple? You couldn’t just let me have the crap season for free? Whatever. I saved money by buying it elsewhere. And will never buy from y’all again!! 👎🏻✌🏻

Anyone else missing an episode? It didnt give me a new episode for 2 weeks and then just uploaded one from last week but not the one from the week before. Not sure how to fix this.

I purchased the entire season and am now thinking of buying the episodes through amazon because they’re never uploaded here, ugh!!!

Every week this season has been super late. Today it’s Sunday and it aired last Tuesday and still nothing. I’ll be going somewhere else to purchase these episodes.

Be nice if the new episodes became available when they are suppose to.

Stellaffffff - One Star! MTV get it together.

I have watched TM2 since it first aired. I loved it and watching the kids grow. Now it’s just a vacation after vacation on MTVs dime and is not relatable. Plus episodes come out on Tuesday and aren’t being uploaded til 3/4 days after that.

Episodes take forever to be uploaded.

Just a heads up you may want to change the description as Janelle is no longer on and Jade is. 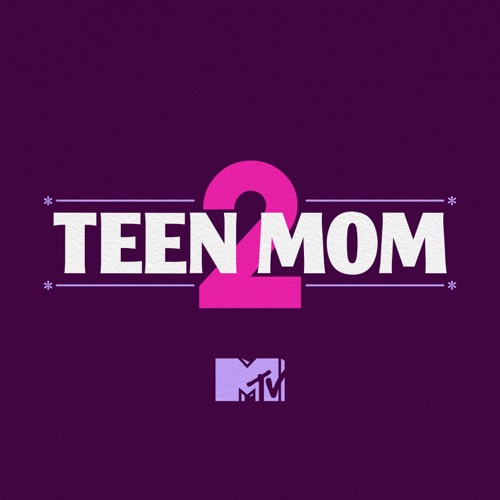