From the world of Jason Bourne, Treadstone is an action-packed thriller set amidst the CIA black ops program Operation Treadstone. Exploring both the origin of the infamous covert program, as well as connecting to present-day special ops, Treadstone follows the action across the globe -- from D.C. to Berlin to Paris and beyond. Treadstone turns its recruits around the world into nearly-superhuman assassins using a secret behavior-modification protocol, creating sleeper agents who are mysteriously “awakening” to resume their dangerous missions. Treadstone, Season 1 Wiki

The first season follows sleeper agents across the globe as they’re mysteriously “awakened” to resume their deadly missions.

1 - The Cicada Protocol
From the world of Jason Bourne, agents across the globe are "awakening" to resume deadly missions.
2 - The Kwon Conspiracy
Bentley returns to CIA. Tara travels abroad. Edwards digs deeper. Doug has nightmares.
3 - The Berlin Proposal
Bentley searches for answers. Edwards meets an asset. Doug gets a visitor. Soyun gets a mission.
4 - The Kentucky Contract
Doug solves a problem. Edwards has a breakthrough. Soyun embarks on a dangerous journey.
5 - The Bentley Lament
Bentley discovers the truth. Doug goes on a dangerous mission. Tara confronts her past.
6 - The Hades Awakening
Soyun has a setback. Bentley takes a trip. Edwards tries to keep Haynes under control.
7 - The Paradox Andropov
Doug gets intel. Petra visits a comrade. Tara hits rock bottom. Bentley makes a choice.
8 - The McKenna Erasure
Doug tries to save a target. Edwards and Haynes are hunted. Soyun goes undercover.
9 - The Seoul Asylum
Tara gets answers. Soyun has a plan. Doug preps for a mission. Bentley is a prisoner again.
10 - The Cicada Covenant
Bentley makes a choice. Tara takes action. Edwards runs into complications. Soyun cuts a deal.
11 - A Closer Look at Treadstone
Get an inside look at Treadstone, and get excited for this action-packed series set amidst the CIA black ops program Operation: Treadstone.

This is the best show on television right now. Intricate storyline with compelling characters. The actions of the politicians are realistic. This show is wonderful. Of course this means that it will probably get cancelled because it’s a show not made for tweens. Please bring this show back!

Complete garbage, 100 lb women kicking the crap out of men twice their size like they are John Wick. It’s ridiculous Uber-feminist stuff like this that gets real women hurt in the real world. Women are amazing in their own ways, and better than men in many, but they can’t take on a full-grown, trained man in combat, sorry #hatefacts.

Amazing beginning, you will love every minute of it. I can’t wait till the next episodes.

king_arthur513 - This is such a good show

I entitled this “For Ludlum fans” because that’s who the writers, so far, are appealing too. I initially read the books long before the Movie series. This TV series is equivalent to The Bourne Legacy. Upfront: For Book fans, Movie fans, or both: I’m definitely recommending you give this a watch. I only bought single episodes (first 3), then I took the plunge & decided to commit to the season pass. So far I’m giving the Acting in this TV series a 3.5, but the extending of the story into new arcs raises the score over all to a 4. There’s so much more that could be done, from a writers story perspective, that I’m waiting to see. Don’t let me down. “You’re on your own now”- (From the book, quote by Jason Bourne)

Chan#1 - The series has possibilities

I watched the first episode, which was done well, but I still didn’t connect to either one of the four leads. So I watched the second episode and found that I was able to guess about a lot of the stuff that was going to happen. Also, the action was much less dynamic, and was definitely downgraded from the first episode. I do not care about any of the characters on the show. Maybe it will get better. The show needs heart, which is sorely lacking.

I'm a big fan of the first 3 Bourne films, so I was intrigued to find out how this series related & whether it would pass muster. It certainly did! The production values were top notch--cinematic---telling me that the creators were taking this seriously. Despite their being an overabunfance of action-fighting scenes, which I do admit I enjoyed--the set-up story was relatively simple to understand--lethal sleeper agents being awakened (like cicadas) for some purpose & apparently unaware of their special skills. Casting included some recognizable actors (like Michelle Forbes) who give the series some gravitas. I truly hope this pilot is carried through. I recommend you take a look.

Simply amazing. Han Hyo Joo rocks! This will be a great series from start to finish.

A Very creative an interesting Spin on the Bourne Felix. It looks to be a very enjoyable Series.

turheda - This Movie Is Great

Treadstone was pretty crazy too...they was tellin TOO much tho so they canceled it after the first season!…

Just finished #Treadstone season 1 only to find season 2 has been cancelled. Too much yet to be resolved..... One… 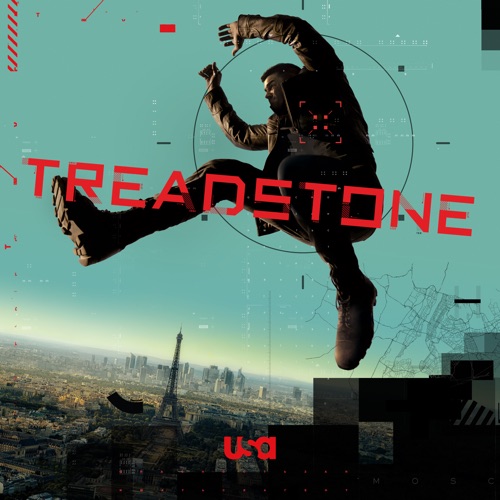