In the aftermath of horrific events, Noah and Helen try to come to terms with the consequences of their choices. Just when things seem to have stabilized, a chance encounter with someone from the distant past sets in motion a sequence of events that brings them both to their knees. They realize they must face their past in order to truly move on. And some years in the future, Alison and Cole's now adult daughter Joanie attempts to piece together the truth about what happened to her mother, bringing the whole story full circle. The Affair, Season 5 Wiki

The fifth and final season chronicles the aftermath of last season’s horrific events and finds the characters coming to terms with the consequences of their choices – as they make the realization that if they really want to change their futures, they must first face the past. Helen begins the season involved in an intoxicating new affair. Noah meanwhile has to swallow his pride and his jealousy and step in to take care of his family in her absence. But just when things seem to have stabilized, a chance encounter with someone from the distant past sets in a motion a sequence of events that brings them both to their knees.

1 - Episode 1
Noah embarks on his journey with the Descent movie by getting acquainted with his star, Sasha Mann. Helen mourns a tragic event. Sierra welcomes a new arrival. Joanie struggles with an upcoming birthday. Season premiere
2 - Episode 2
Janelle struggles with her relationship and work, so turns to Carl for support. Production for Descent commences, and Sasha takes an interest in Helen. Helen takes her first steps towards acceptance.
3 - Episode 3
Sasha proposes adjustments to Noah's script. Sasha's relationship with Helen blossoms, and Noah takes notice. Bruce's condition worsens. Joanie's business trip leads to violent encounters.
4 - Episode 4
Noah, Margaret and Stacey bond over their mutual distaste for Sasha. Noah attempts to sabotage Helen and Sasha's relationship. Whitney and Colin face the hardships of their relationship. Joanie visits the graveyard.
5 - Episode 5
Sierra struggles to balance motherhood with her burgeoning acting career. Sierra’s mother visits uninvited. Helen works her first design gig and begins to focus on herself.
6 - Episode 6
In Montauk for work, Joanie becomes acquainted with EJ. Together, they explore Joanie’s family history, leading her to question the cause of her mother's death. Rattled, she starts to make some self-destructive decisions.
7 - Episode 7
Noah and Whitney travel to Montauk to begin planning the wedding. Noah gets a concerning call. Armed with new information about her mother's death, Joanie confronts a stranger.
8 - Episode 8
Allegations against Noah surface and he seeks guidance on how to handle the situation. Helen celebrates a birthday and protects Sierra during an extremely trying time.
9 - Episode 9
As controversy swirls around Noah, Helen and Whitney must decide where their allegiances lie.
10 - Episode 10
As wildfires threaten Los Angeles, Helen and Noah are forced to run for their lives and confront old wounds along the way.
11 - Episode 11
It’s Whitney’s wedding day and everything comes full circle. Series finale.
12 - About The Affair, Final Season
Sarah Treem, Dominic West, Maura Tierney and Julia Goldani Telles discuss the upcoming season of The Affair.

The best season ever I think! Loved the acting! Totally Brilliant!

Will miss you!!! What a cast of characters and first rate actors...My favorite scene was the final bedroom scene between Noah and Helen in the motel. They were fabulous and their love and passion sizzled!!

How were they all

It takes a while to get into the series,I hadn’t seen the previous series either but you can easily catch up with what has been happening as there are flashback scenes It has such a lovely ending, very meaningful and great to watch, highly recommend

Stellar performances by all especially Helen and Noah Solloway. The last episode was very emotional and beautifully done. The build up of characters and stories leads to the perfect crescendo. I can hardly wait for the next season.

Depth, continuity, truth. No longer are we left with ‘a happy ever after...’ this series gives us the whole story. The whole of the moon. Spectacular watching.

Most of The Affiar was excellent, but Season 5 was amazing - and I don't say that lightly. The acting as usual was great, but the story, the depth of the narrative, the creativeness, the willingness to explore complex social and human issues, was so deep and well-done I was genuinely moved by the whole thing. If you have not watched The Affair I strongly recommend going back to Season 1 and watching the whole thing from the start. One day poeple will look back and say this was the best thing produced for TV in years and years.

I finally started watching season 5 of The Affair! I haven't seen the other seasons but I'm really enjoying it so f…

god i want season 4 of anne so bad... this girl needs to have an emotional lesbian affair that reflects her like 5…

@NammaBESCOM 5 minutes of rain and wind, and power goes off for 4 hrs and still counting.. This is not a one day af…

As sparks fly between the duo, Bobby makes an awkward statement - 'This is so much better... with Chuck out of the…

Watching ‘The Affair’ Season 5 with my husband is no picnic. He keeps saying ‘Who’s Joanie? Oh, future woman. Why i…

I was thinking that I did end up liking season 5 of The Affair, until the end got too very twee.

Secret affair was the reason for season 5 being the best. 😆

There’s a season 5 of The Affair? Mad. 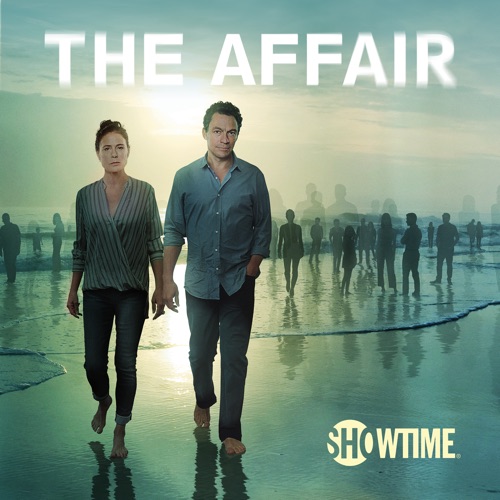