Is three months enough time to decide your future? With a fiancé visa, the sponsor and his or her fiancé must wed within 90 days of their arrival in the U.S. The international fiancés will have to get to know their potential spouses and American culture fast, and then decide whether or not to get married. 90 Day Fiancé, Season 7 Wiki

90 Day Fiancé offers a unique look into the world of international dating and matrimony. Using a unique 90-day fiance visa, the K-1 visa, four women and two men will travel to the U.S. to live with their overseas partners for the first time. The couples must marry before their visas expire in 90 days, or the visiting partner will have to return home. They'll have to overcome language barriers, culture shock and skeptical friends and family -- all with a clock that starts ticking the moment they step foot on U.S. soil. The stakes are incredibly high as these couples are forced to make a life-altering decision: get married or send their international mate home.

I buy the season passes because watching it on the TLCGo app is irritating with how many ads they play. iTunes sent me the alerts that the latest episode is available to download but I can’t watch it??? What is this mess? It’s ridiculous that I paid for this and I can’t watch the content. I’m stuck in a look of the episode being available but not being able to watch it. It just goes from window to window. There are 13 episodes I can watch but there are 15 episodes available? Fix this crap.

Adding my voice to the chorus: there is absolutely NO point to buying a season pass on iTunes. It often takes 48+ hours for them to upload the episode. What a ripoff.

Erica0987 - Upload the episodes on a timely and regular basis

Eatmyshorts,,, - Why must we wait for what we payed for!

SpaceIsOnly - Get your act together TLC and update!

If only TLC knew how to upload episodes I would actually buy a season pass...

Why by A season pass if you don’t Update ?

TexWiller - 5 for the show zero for itunes

Now its 2 episodes missing! 8 days late on loading. Not fair for subscribers

Only giving one star because is taking apple forever to update episodes. Please update episode since most of us have paid for the season’s pass.

I’m so sick and tired of Apple taking 5 days to air a new episode !!! If I could figure out what to do with their website to complain, I would cancel it !!! Total BS !!!!!

UPDATE EPISODES. How many bad reviews will it take for APPLE to actually fix this ongoing problem? I want my money back Seriously... how do I get my money back?

Bunnyluv - Why must I wait so long for an episode?

It is the third night since a new episode aired and still cannot watch. Giving it one more day and then requesting a refund.

Gabe Miller - Where is the most recent episode?

Episode 7 premiered like 48 hours ago. I bought the season pass. I don’t understand why it isn’t out yet.

megan_ash - Love the show but why do I have to wait to watch?

This is my favorite trash tv and I look forward to it. I pay for the season pass on iTunes since I don’t have cable. I don’t understand why I can’t download it the time it airs on Sunday evenings. Instead.... I typically have to wait until Tuesday until my PURCHASED episode is available for me to watch. This should be fixed. It’s really disappointing. I would put up with this if it was free but I’m paying for the episode and I don’t think it’s right.

Love this show but I tunes is always very behind in uploading the episodes! Same goes for any TLC shows : (

It’s always available like 3 days after it airs. Watch the show but not here.

Good season but iTunes is way too late at uploading new episodes. Buy from YouTube instead

They are usually late with uploading episodes.

Episodes are always super late. I already know what happened by the time they release days later. Don’t waste your money

Sausagewallet66 - The show is amazing BUT

The episodes are alwaaaaays late. Which is extremely annoying!

Love the show though

So much fun to watch plus learn a lot about other cultures.

@Vahn_gogh Lmao my fav! So Before the 90 days is more entertaining. But I started the regular 90 day fiance and its…

@omaima_es so I'm currently watching season 7 of 90-day fiance. Is this season 8?

I’m watching 90 day fiancé season 7 and I’m SO INFURIATED by Mursel and Anna. Wtf is this relationship? Whose getti…

My mom & I have been watching 90 day fiancé this season... I know most ppl just make fun of David for sending ole g…

@meawwofficial: 'David is president of the Creep Squad. All that jazz and nary a peck' #90dayfiancebeforethe90days #90DaysFiance https:…

'David is president of the Creep Squad. All that jazz and nary a peck' #90dayfiancebeforethe90days #90DaysFiance

@StephintheUS @kelseymalisse1 Season 8 hasn’t aired yet. If you made it through season 7 you are all caught up on 9… 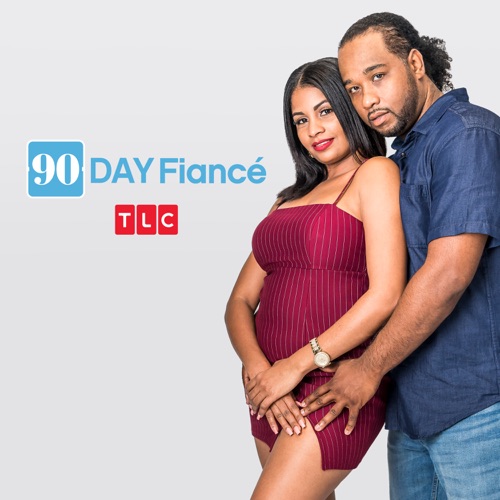