Vikings follows the adventures of Ragnar Lothbrok the greatest hero of his age. The series tells the sages of Ragnar's band of Viking brothers and his family, as he rises to become King of the Viking tribes. As well as being a fearless warrior, Ragnar embodies the Norse traditions of devotion to the gods, legend has it that he was a direct descendent of Odin, the god of war and warriors. Vikings, Season 6 Wiki

Vikings, Season 6 - Episode 1 Synopsis
It’s six months after the battle of Kattegat and Bjorn is now King. As he struggles with the responsibilities of kingship, he finds he can’t rely on his mother. Ivar falls into the hands of the Kievan Rus, and in their ruthless and unpredictable ruler, Prince Oleg, he may finally have met his match.
Vikings, Season 6 - Episode 2 Synopsis
Messengers arrive in Kattegat with news that presents Bjorn with a dilemma. Prince Oleg of Kiev seems untroubled by his conscience. Lagertha has settled into her new, peaceful life, but danger lurks nearby.
Vikings, Season 6 - Episode 3 Synopsis
Lagertha is forced to take action. In Kiev, although Oleg continues to be friendly, Ivar is aware of the threat which Oleg poses to the vulnerable young heir to the throne. Bjorn has answered the call and come to the aid of an old enemy.
Vikings, Season 6 - Episode 4 Synopsis
Lagertha leads her village's response to the recent attacks, but despite her best efforts, the consequences are tragic. Olaf has a bold new plan for the future of Norway. Ivar discusses Oleg's ambitions for Scandinavia.
Vikings, Season 6 - Episode 5 Synopsis
As Norway’s Kings and Jarls arrive at Harald’s territory for the election of the King of all Norway, Olaf is certain of the result, however, it may not go as smoothly as he believes. Lagertha’s village is anxious in anticipation of another attack and she is relieved when Gunnhild arrives with re-enforcements. In Kiev, Igor and Ivar engage in subterfuge and Ivar is stunned when he encounters a ghost from his past.
Vikings, Season 6 - Episode 6 Synopsis
Bjorn is forced to act quickly in the aftermath of the election for the king of all Norway. The Bandits attack Lagertha’s village again confident of an easy victory. However, when the defense boils down to single combat with Lagertha, victory seems less likely. In Kattegat, haunted and paranoid, Hvitserk continues to unravel.
Vikings, Season 6 - Episode 7 Synopsis
Bjorn returns to Kattegat. Harald gains a measure of revenge on Olaf. In Kiev, interesting news reaches Ivar and Igor about Prince Dir.
Vikings, Season 6 - Episode 8 Synopsis
Bjorn faces a difficult decision; Ubbe and Torvi leave Kattegat in search of new lands and perhaps old friends; Oleg's plans for the invasion of Scandinavia take shape; King Harald is baffled by the origin of a mysterious raiding party.
Vikings, Season 6 - Episode 9 Synopsis
In Iceland, Ubbe and Torvi finally meet a mysterious wanderer. Bjorn is forced to re-think who his enemies are when Erik returns from a scouting mission with worrying information. Bjorn will need allies, but he may not be able to convince his old foe, King Harald, to join forces in the face of the new threat. Ivar is reunited with someone close to him.
Vikings, Season 6 - Episode 10 Synopsis
Ivar and Igor may be plotting against Oleg, but they're still part of the force that departs Kiev to invade Scandinavia. King Harald and King Bjorn begin furious preparations for the invasion.

Vikings transports us to the brutal and mysterious world of Ragnar Lothbrok, a Viking warrior and farmer who yearns to explore - and raid - the distant shores across the ocean.

1 - New Beginnings
It’s six months after the battle of Kattegat and Bjorn is King. But as he struggles with kingly responsibilities he finds he can’t rely on his mother who has other plans. Ivar falls into the hands of the Kievan Rus and may have met his match.
2 - The Prophet
As Bjorn attempts to do the right thing as ruler of Kattegat Prince Oleg of Kiev seems untroubled by his conscience. Even Ivar is shocked by Oleg’s vicious character as he wrestles for control over the young heir to the throne of the Rus Empire.
3 - Ghosts, Gods and Running Dogs
Lagertha's newfound community is shattered by shocking events and she is forced to take action. In Kiev Ivar is well aware of the threat Oleg poses. Meanwhile Bjorn comes to the aid of an old enemy but disaster looms for his forces.
4 - All the Prisoners
Lagertha leads her village’s response to the recent attacks. Olaf has a bold plan for the future of Norway. Although Ivar discusses Oleg’s ambitions for Scandinavia he’s actually more interested in the plight of Igor the heir Oleg controls.
5 - The Key
As Norway’s Kings and Jarls arrive at Harald’s territory for the election of the King of all Norway King Olaf is confident of the result. Lagertha’s village prepares for more attacks by bandits. In Kiev Ivar and Igor engage in risky subterfuge.
6 - Death and the Serpent
Bjorn is forced to act quickly after the election for the King of all Norway. The bandits attack Lagertha’s village again confident of a victory which may not be all that certain. In Kattegat haunted and paranoid Hvitserk continues to unravel.
7 - The Ice Maiden
Bjorn (Alexander Ludwig) has a vision and returns to Kattegat. Harald (Peter Franzén) gains a measure of revenge on Olaf (Steven Berkoff). In Kiev, interesting news reaches Ivar (Alex Høgh Andersen) & Igor about Prince Dir (Lenn Kudrjawizki).
8 - Valhalla Can Wait
Bjorn faces a difficult decision. Ubbe and Torvi leave Kattegat in search of new lands and perhaps old friends. Oleg’s plans for the invasion of Scandinavia are taking shape and King Harald is baffled by the origin of a mysterious raiding party.
9 - Resurrection
In Iceland Ubbe and Torvi meet a mysterious wanderer. Bjorn re-thinks who his enemies are when Erik returns with worrying information. Bjorn needs allies but can he convince his old foe King Harald to join forces in the face of the new threat?
10 - The Best Laid Plans
Ivar and Igor may be plotting against Oleg but they’re still part of the force that departs Kiev to invade Scandinavia. King Harald and King Bjorn begin furious preparations for the invasion. But can enough be done to resist the Rus force?
11 - Vikings Season 6 Trailer
See what's in store this season!

$40 bucks... I guess I’ll watch on YouTube, that pricing is ridiculous.

Reviewmasta1 - My opinion after watching 10 episodes.

Beauty of Vikings is how few of the most prominent vikings in history were united into a group of people who are family and closest friends. Therefore adding personal relationships into history-changing decisions. Rollo and Ragnar, Ragnar and Bjorn, Rollo and Bjorn, Ragnar and Floki. Ivar and Bjorn, so many intense relationships in historically rich time of Dark Ages, unification of England, founding of Iceland, formation of Normandy, Christianization of Scandinavia. Why did they need to add Kievan Rus in the mix?! During times of Oleg the Prophet (end of 9th century) Rus was spreading towards massive fertile lands in the East and South. Norway was more than thousand miles to the North... Why would they need to send an army there. To win what? Poor lands too far away to hold and too wild and infertile to colonize? I realize that Russians are ultimate enemy in Holywood, but that's just lazy writting. Second grief with the start of the season is total loss of it's roots. Whats going on in England with the whole Viking settlement in South and massive invading force in the North of the country? What about Frankia? Franks just lost a huge deal they had with Ivar and they do not try to make a new one with new and exausted regime for what reason? What about Iceland or persuit of new lands? Last but not least is the grief about characters. Lagatha retirement and death was as useless as her life - she won no fame, left no legacy. Bjorn lost everything - election for the king, all children, wife and eventually life itself. It was brutal way to kill of two main characters. Hollow words about how much Lagatha did for women of Scandinavia (wow, Dark Age Political Correctness...) or how much people love king Bjorn do not help.

The pricing for the season seems to be a bit extreme. It should be out on Prime soon along with the other seasons. I will wait patiently until then. $40 for 10 episodes?!

Every minute of this show is glorious & I haven’t been dissatisfied yet. Worth the purchase and very exciting

I do love this show, actors are good and love the history too. This is just my personal opinion.

Only seen two episodes but I’ve enjoyed it so far.

Abou nasser - Best of the best

The best series ever 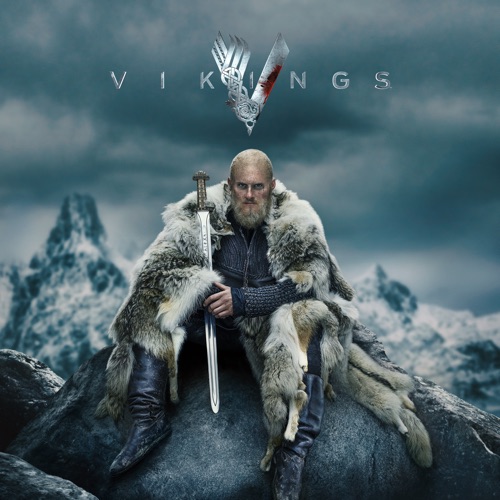