A Christmas Carol is an original take on Charles Dickens’ iconic ghost story by Steven Knight. The FX Original Movie is a spine-tingling immersion into Ebenezer Scrooge’s dark night of the soul. The dark reimagining of the classic tale is produced by FX Productions in association with the BBC, Scott Free and Tom Hardy’s Hardy Son & Baker. FX's A Christmas Carol Wiki

A Christmas Carol is a unique and original take on the Charles Dickens' iconic ghost story and a haunting, hallucinatory, spine-tingling immersion into Scrooge's dark night of the soul.

stopaskingmetopickauniquename - Not Your Father’s Christmas Carol.....

Yes, it’s dark. They largely leave out Scrooge’s nephew, and Fizzywig is nowhere to be found. But it’s a good story, and is shot well. Still a good moral, still a Christmas story, just a different telling of a classic.

calibrettokid - How do you ruin A Christmas Carol?

This. Why would anyone make a version like this?

Whoever thought of this and whoever authorized this adaption should never work in the TV/Movie industry again. Nothing about this adaption resembles a Christmas carol other than names. When you need to include profanities and nudity to sell your adaption, you have failed. Charles Dickens is turning over in his grave at this blasphemous adaption.

I love this story and they did an amazing modern version of it. Darker than normal versions! Delicious!

Fuzybny - I had to watch it twice

I had to watch it twice to appreciate some of the aspects I hated. Overall I’m not sure Mr. Dickens would approve of the language & the frequency of said language. It’s a shame that FX feels it’s needed, along with the nudity, to grab the interest of this generation. I don’t understand why they chose to make Mrs Cratchett a black woman and a sorceress to boot. I really didn’t care for her character at all & I dislike the fact they made her pivotal. And that little pontification at the end? Give me a break. Bob was surely not the sweet forgiving man we see in the book, this Bob is nasty & angry. In my re-watch I fast-forwarded through most of Bob & Mary. But I came away with hope for Scrooge, I disliked the take about forgiveness but I was able to appreciate it after I was over the disappointment of other aspects of the production. Pierce’s performance was outstanding, as were some others. I feel sad that it may not be appreciated by those who are unable to see past the things they may not like. I loved his honesty & how he knew, like he told Marley, that piss poor grave was all he deserved. And yet he found redemption. And isn’t it important to move forward in order to be the best you can be?

Best adaptation yet. I would have paid to see in the theater.

I loved this from beginning to end, it was not boring and didn’t even feel like 3 hours. Unlike other long stories the added story about Jacob was great, it gave his character moire depth. Great movie!

The Real John Wayne - Not for kids, not for Christmas

The word F*** and nudity do not belong in a Christmas movie. Production quality is great but the writing is terrible. Whoever authorized the production of this terrible version needs to be fired.

This was too much of twist on a classic, Bob Cratchit’s wife A woman of color...now why does she have to sell her body Send this this to the Island of misfit movies

super care love bread - Could have been better but

I had such high hopes for this, but it was not worth the cost in dollars and time.

Personally I don’t write reviews but this film needs one .i think in my opinion this movies worth buying takes you deeper in the story I don’t really recommend for children because some screens of movie Is inappropriate for children but for adults the screens will make you think why Scrooge turned out the way he was...

Guy Pierce was amazing as Scrooge. Stellar. Andy Serkis was amazing as usual. The script however left a lot to be desired. They twisted the story too much in my opinion and were really reaching. Twisted so much that almost the entire movie focused on Christmas past, and the past was pretty awful in more ways than one. I wouldn't pay to watch this again. Definitely not for kids to watch with you.

If the sound of “An SJW Christmas Carol” sounds good to you, you’ll probably like this.

A brilliantly dark take on a classic story that leaves you spellbound and wanting more!

...but didn’t. I appreciate the different take on this classic but it REALLY needs to be edited better. There wasn’t much to the story until 50 mins in and even then the story dragged on and on. The acting was great. The cinematography was too dark (like so many films/shows today...GOT, “The Long Night,” for example). Really, this is prob my fav story of all time and the twist here was welcomed but, unfortunately, the entire production is too long to be enjoyable. Submitted sadly 😔

It’s okay because that idiot learns a lesson

Watched it on FX channel and was intrigued in how they added more story into this. Great movie!

Just got done watching the broadcast on FX and i absolutely loved this adaptation of Dickens' classic, if you are tired of the overly sappy sweet christmas movies you definitely need to watch this. 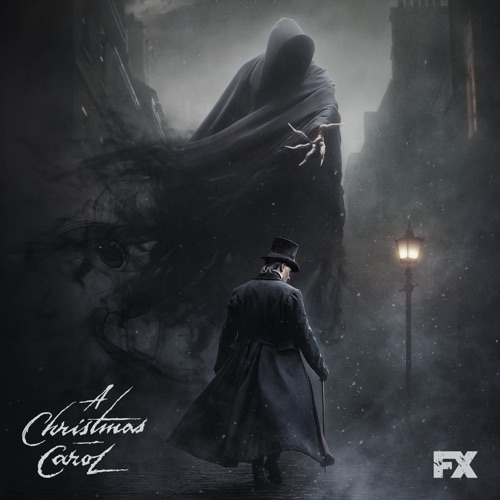