Following a group of heroic Seattle firefighters as they put their lives and hearts on the line. Taking us inside the tough, tight-knit and sometimes heartbreaking world of the city’s bravest first responders. Station 19, Season 3 Wiki

I Know This Bar
After a car crashes into Joe's Bar, Andy and Sullivan lead the team of firefighters as they work to rescue people before the building comes crumbling down.

Indoor Fireworks
The new Seattle fire chief is introduced to Station 19 and leaves the crew skeptical; a department store fire caused by exploding fireworks triggers painful memories from Ben's past and inspires him to pursue a new endeavor.

Eulogy
While Pruitt grieves a monumental loss, Andy refuses to do the same and, instead, throws herself into work; the crew responds to a widespread carbon monoxide leak; Sullivan makes a controversial choice for captain.

House Where Nobody Lives
Ben and Jack must appease a group of homeless foster and biological siblings so they can help save a life; Maya pushes the team too hard and struggles to bring them together; Pruitt threatens to take drastic action when refused a request.

Into the Woods
In an effort to increase morale, Maya takes the crew on a team-building camping trip that doesn't exactly go according to plan; the crew works to save first-time campers after a bear attack; Pruitt takes steps to repair his relationship with Andy.

Ice Ice Baby
When a blizzard hits Seattle, Travis must take a difficult call; Ben has rising suspicions about a colleague.

Satellite of Love
As Ben readies the new Physician Response Team truck for the field, his suspicions about Sullivan and the missing Fentanyl continue to grow; Jack and Rigo try to look past their differences when they are forced to work together.

Poor Wandering One
When an Army veteran threatens to blow up a pawn shop, Sullivan reflects on his time as a Marine to deescalate the situation; Vic and Dean try to reason with a man battling Alzheimer's disease; Pruitt takes a stand to honor fallen firefighters.

Something About What Happens When We Talk
After some tense and traumatic experiences, the firefighters get a visit from a psychologist.

No Days Off
While at a lunch seeking Pruitt's blessing for their relationship, Andy and Sullivan jump into action when immigration officials raid the restaurant; Travis gets roped into an awkward lunch with Chief Dixon, Emmett and Emmett's girlfriend.

I'll Be Seeing You
The crew battles a storage facility fire with growing complications; Dr. Jackson Avery pops over from Grey Sloan and ends up collaborating with old pal Ben Warren.

Dream a Little Dream of Me
Vic rallies the crew to pose for a calendar photo shoot that will support a good cause; Emmett comes clean to Ben and Sullivan and shows Andy a softer side.

The Ghosts That Haunt Me
Andy and Jack fight to save people who are trapped in a collapsing bowling alley; Ben confronts Sullivan about his drug problem; Maya's mother pays her a visit.

Bad Guy
Ben, Jackson and Emmett are put in a precarious and dangerous position with a potential victim; Andy's search for more background on her family opens her eyes; Vic and Travis are caught in the middle of a corruption scheme.

Louder Than A Bomb
Andy becomes suspicious of the circumstances surrounding her mother's death; the crew works to evacuate a doctor from Pac-North hospital and find themselves in a life-threatening situation; Sullivan undergoes surgery for his chronic leg pain.

What do you think Station 19, Season 3 tv serie? Can you share your thoughts with other peoples?

why is season 3 episode 6 not out yet on itunes?

It is a very interesting.

@jholdencook Hi @jholdencook, we will be getting Station 19 Season 3 but we don't have a confirmed release date for…

@cadlymack You should watch Station 19. Same character. She was a recurring actor for season 3 turned regular for season 4

i got sucked into the grey’s anatomy whole 😭 but only cause my ass stumbled across Station 19. once you get to the… 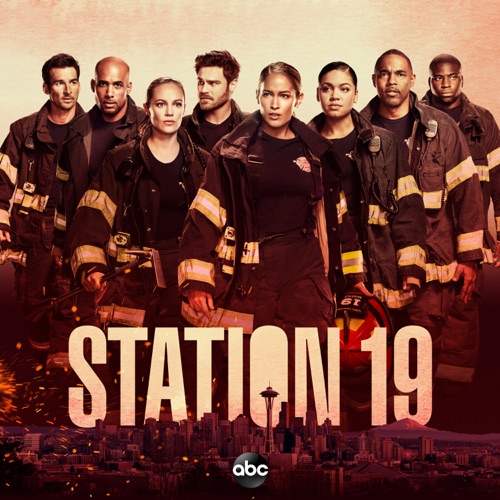