"Brooklyn Nine-Nine" follows the exploits of hilarious Det. Jake Peralta (Andy Samberg) and his diverse, lovable colleagues as they police the NYPD's 99th Precinct. After Capt. Raymond Holt's (Andre Braugher) demotion to patrolman at the end of season six, the squad's world is turned upside down. Rounding out the ensemble is the newly promoted Lt. Terry Jeffords (Terry Crews), a muscle-bound human mountain who loves nothing more than his three little daughters, except for a fresh carton of full-fat yogurt. The man loves yogurt. Reporting to him is Sgt. Amy Santiago (Melissa Fumero), a consummate rule follower with a weak spot for dork dancing and her husband, Jake. The other detectives in the squad include Jake's best friend and human puppy dog, Det. Charles Boyle (Joe Lo Truglio), and the incredibly secretive, tough-as-nails Det. Rosa Diaz (Stephanie Beatriz). Also part of the Nine-Nine are veteran officers Det. Scully (Joel McKinnon Miller) and Det. Hitchcock (Dirk Blocker), whose only skill as police officers are their ability to make a passable pot of coffee. Brooklyn Nine-Nine, Season 7 Wiki

1 - Manhunter
Jake leads a manhunt after an assassination attempt on a city councilor. Holt adjusts to his new position as a uniformed officer.
2 - Captain Kim
A new captain at the Nine-Nine attempts to ingratiate herself with Jake and the squad by inviting them over to her house for a dinner party.
3 - Pimemento
Adrian Pimento shows up unexpectedly to seek Jake and Charles' help after claiming someone is trying to kill him. The rest of the squad endures a Workplace Conflict seminar
4 - The Jimmy Jab Games II
Competitive juices are flowing as Jake and the squad compete in the second Jimmy Jab Games.
5 - Debbie
When cocaine and weapons are stolen from the evidence lock-up, the squad must investigate the Nine-Nine itself.
6 - Trying
Jake and Amy work an uncrackable case while Holt adjusts to a new beat. Hitchcock looks for the love of his life.
7 - Ding Dong
Captain Holt deals with a personal loss. Jake must decide whether to take Terry or Charles to an exclusive event.
8 - The Takeback
Doug Judy is back and this time things between him and Jake are personal. Amy and Charles try to find the perfect new vending machine for the Nine-Nine.
9 - Dillman
When a prank goes disastrously awry, things at the Nine-Nine take a distinctly Agatha Christie turn.

One of the best and entertaining shows to add...

Bayer’s character is a great addition. Make her a regular

SEASON 6 OF BROOKLYN NINE NINE IS FINALLY ON NETFLIX NOW I DONT HAVE TO USE,, THE INTERNET,, ANYMORE HSJDHJS but i…

What's new on @Netflix_CA in April. Featuring season 2 of After Life with Ricky Gervais (pictured), season 7 of Bro…

People are going to have to start listing Brooklyn Nine Nine amongst the greatest sitcoms ever. It’s in season 7 and it’s as funny as ever.

Review: This episode of #BrooklynNineNine gets an A. 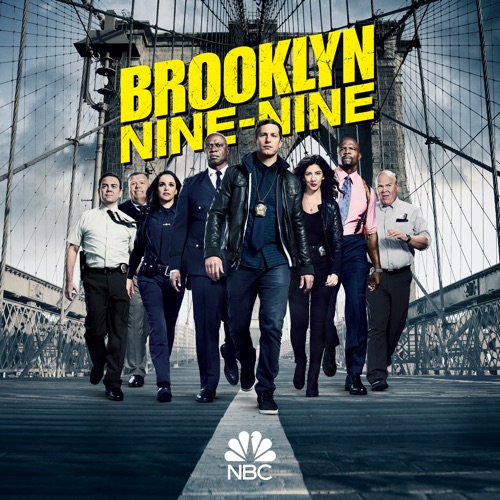