RuPaul's Drag Race: Untucked! is the access-all-areas pass to the drama that you didn't see on the runway--the backstage bitchiness, the catfights, the struggles, the tears and the secrets. See what happens behind the scenes when the queens let their tucks breathe... and let their emotions flow. Will the drag queens crack under the pressure of competing to become America's next drag superstar? RuPaul narrates us through the behind the scenes world of what happens when a gaggle of queens are up against each other... and themselves.

Untucked: RuPaul's Drag Race – I'm That Bitch
Season 12 Queens untuck backstage after a regal premiere. Things get emotional as the queens get to know each other and get a surprise kiki session with superstar rapper, Nicki Minaj.

Untucked: RuPaul's Drag Race – You Don't Know Me
A new batch of Queens untuck after a high stepping kick off. One queen finds herself in a heavy fog of emotions until they get an unexpected visit from pop icon Robyn.

Untucked: RuPaul's Drag Race – World's Worst
The queens finally come together as a group to dish during deliberation. Strong alliances begin to form as a result of the queens' performances in the challenge.

Untucked: RuPaul's Drag Race – Gay's Anatomy
This week's tops have a shady good time until the bottom queens join them and the conversation becomes heated. One of the bottoms thinks one of the tops should be going home, and she's shook about it.

Untucked: RuPaul's Drag Race – Snatch Game
Miss Vanjie drops by to visit this week's safe queens. Tempers flare over the Snatch Game, but Jonathan Bennet and Daniel Franzese stop by and turn these mean girls around.

Untucked: RuPaul's Drag Race – Madonna: The Unauthorized Rusical
Safe queens settle and discuss the past week's conflicts. One queen confronts another over a shady comment and causes a commotion. U.S. Representative Alexandria Ocasio-Cortez stops by to discuss the politics of drag.

Untucked: RuPaul's Drag Race – Droop
It's a somber beginning as the queens discuss their answers to Ru's question of who should go home this week. Chaka Khan pops in to perk the queens up and remind them that they are every woman.

Untucked: RuPaul's Drag Race – Choices 2020
All of the queens settle in and debate this week's challenge. One queen's runway look sends a strong political message that pulls everyone together, while another queen separates herself from the others.

Untucked: RuPaul's Drag Race – Superfan Makeover
The queens kiki with their superfan makeover partners. Daisy Ridley drops in from a galaxy far, far away to share her Jedi wisdom with the queens.

Untucked: RuPaul's Drag Race – One-Queen Show
The queens discuss the ins and outs of their One-Queen Shows. They have an entirely new view on things when Whoopi Goldberg stops by to bestow the queens with sage advice and words of encouragement.

Untucked: RuPaul's Drag Race – Viva Drag Vegas
The queens untuck and discuss what they've learned about themselves. It's bittersweet as they reminisce on their final moments in the competition and consider the possibilities of what might lie ahead for them.

What do you think RuPaul's Drag Race: UNTUCKED!, Season 12 tv serie? Can you share your thoughts with other peoples?

Why would anyone want to purchase a show that is riddled with bleeps, because of the cursing? I mean, seriously, is there a problem with young children purchasing these shows? Don't answer, it was a rhetorical question. This show is called, Untucked! If I’m not mistaken, the name Untucked! should tell you something. FFS get rid of the bleeps! I thought I was paying for a show that I could sit down & watch an uncensored version of, in the privacy of my own home, and not on the television, because you know, the bleeps! But alas, the very first episode is already annoying with the bleeping throughout!! I could have watched this on my tv and saved the money that I just wasted. This was the 1st purchase of this show, and unfortunately it’ll be the last, unless the actual adults running the show change things for...you know, us adults!!

So excited for this season of Untucked! 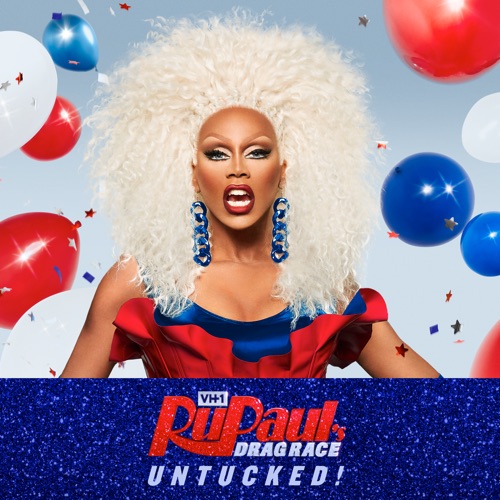