The gruesome murder of an 11-year-old boy in the Georgia woods leads a local detective into a disturbing search for the truth in Season 1 of this drama series based on Stephen King's bestselling novel. When an insidious supernatural force edges its way into the case, it leads a seasoned cop (Ben Mendelsohn) and an unorthodox investigator (Cynthia Erivo) to question everything they believe in. The stellar supporting cast includes Bill Camp, Mare Winningham, Paddy Considine, Julianne Nicholson, Yul Vazquez, Jeremy Bobb, Marc Menchaca and Jason Bateman. The Outsider, Season 1 Wiki

The Outsider follows police detective Ralph Anderson, as he sets out to investigate the mutilated body of 11-year-old Frankie Peterson found in the Georgia woods. The mysterious circumstances surrounding this horrifying crime leads Ralph, still grieving the recent death of his own son, to bring in unorthodox private investigator Holly Gibney, whose uncanny abilities he hopes will help explain the unexplainable.

1 - Fish in a Barrell
Series premiere. When the body of an 11-year-old boy is found in the Georgia woods, detective Ralph Anderson launches an investigation into the gruesome murder. With eyewitnesses and physical evidence pointing to local teacher and baseball coach Terry Maitland, Ralph makes a very public arrest but is perplexed by Terry's seeming indifference to hiding his crime. After Terry's wife Glory calls their attorney Howie Salomon for assistance, a bewildered Terry produces an ironclad alibi during interrogation. Meanwhile, Howie calls in his PI Alec Pelley to look into Terry's side of the story.
2 - Roanoke
During a surreptitious late-night visit with Terry, Ralph admits to being baffled by conflicting physical evidence. The next day, an unexpected tragedy throws the investigation into a tailspin, and ornery detective Jack Hoskins is forced to cut his hunting trip short to return to work and pick up the slack. Meanwhile, Glory tries to soothe her daughter Jessa, who says she's been visited by a strange man in her room at night.
3 - Dark Uncle
Despite being on mandatory leave, Ralph continues to scrutinize the confounding circumstances surrounding the night of the murder. Frustrated by their lack of progress, Ralph and GBI detective Yunis Sablo meet with Alec and Howie, who suggest bringing in unorthodox PI Holly Gibney. Jack has a hair-raising experience at a remote barn where key evidence and a mysterious substance have been found. Glory deals with fallout at her daughters' school and with Jessa's increasingly concerning nightmares.
4 - Que Viene el Coco
While retracing the Maitlands' recent family vacation in Dayton, Ohio, Holly pursues a possible connection to an eerily similar case and gains valuable insight from local former detective Andy Katcavage. Meanwhile, Glory faces increased scrutiny in her daily life, and Jack's behavior grows progressively more erratic.
5 - Tear-Drinker
After returning from an eye-opening trip to New York, Holly searches for clues at several locations connected to the Dayton case. Jeannie finds herself shaken by an unnerving incident at work and delivers an ominous warning to Ralph. Jack is put on the defensive at Tamika's baby shower.
6 - The One About the Yiddish Vampire
Holly presents her unusual theory about the connection between two other mysterious child murders and the Frankie Peterson case. While Ralph- remains skeptical, a more receptive Yunis suggests they start looking into Claude, the last person to have contact with Terry. Jeannie's attempt to include Glory in their group of concerned citizens backfires.
7 - In the Pines, In the Pines
Holly makes a calculated attempt to help a volatile but conflicted Jack, while their whereabouts are tracked by Ralph and Alec. After she's confronted by town gossip on her first day back at work, Glory considers Howie's suggestion on how to secure her family's financial future.
8 - Foxhead
Sensing something ominous afoot, Claude reconnects with his brother Seale in Tennessee, while Holly, Ralph, Yunis and Andy follow him in hopes of isolating the evil force and thwarting its next kill. Meanwhile, a family visiting a local cave festival narrowly avoids a dangerous encounter.
9 - Tigers and Bears
After obscuring their true purpose in town from local police, Ralph and Yunis interview witnesses from the cave festival, while Holly and Andy visit the scene. Later, the group considers its next move as Claude deals with the weight of his role.
10 - Must/Can't
Season finale. The group finds itself in a climactic showdown in their last-ditch effort to root out El Coco.
11 - The Outsider Trailer
A seemingly straightforward investigation into the gruesome murder of a young boy takes a supernatural turn.
12 - Invitation to the Set
Stephen King and members of the cast and crew share what viewers can expect from The Outsider.
13 - Stephen King and The Outsider
Author Stephen King discusses his inspiration for the novel the series is based on.
14 - Jason Bateman on The Outsider
The director and executive producer shares why he had to be a part of bringing King’s novel to the screen.
15 - Adapting The Outsider
Author Stephen King and Executive Producer Richard Price discuss the process of adapting the novel.
16 - Analyzing Holly Gibney
Actor Cynthia Erivo discusses playing the unique private investigator.
17 - Inside The Outsider: Episodes 1 and 2
Cast and producers take you behind the scenes on the first two episodes.
18 - Inside The Outsider: Episodes 3 and 4
Cast and producers take you behind the scenes on episodes 3 & 4.
19 - Inside The Outsider: Episodes 5, 6 and 7
Cast and producers take you behind the scenes on episodes 5, 6 & 7.
20 - El Cuco. The Baba Yaga. The Outsider.
Dive deep into the real world origins and supernatural abilities of the being at the center of THE OUTSIDER with compelling insights from the creators and cast.
21 - The Outsider: Inside Episodes 8, 9, & 10
Cast and producers take you behind the scenes on the final three episodes.

First I’ll agree with most reviews, yes it has a very slow pace but the story, characters, and overall atmosphere really grab your attention and I may sound a little bias but I love crime shows and a little bit of horror/suspense so these two thing combined really made me like this show and I say if you like both I think you’ll truly enjoy this, it also helps to think of this as one long movie but broken up into little episodes instead as each episode is just a continuation of the last which makes it feel more like a movie then a TV show.

“The Outsider” is one of King’s scariest books to me. I was so excited when I heard it was getting the HBO treatment, not to mention the show’s pedigree. However, as a lot of other reviews here state, it starts strong but turns into quite the slog toward the middle and ends in truly terrible fashion. The burnt nearly all the plot in the first two episodes. Really a shame. Biggest disappointment of 2020 so far.

This is an excellent adaptation of one of King’s best novels. The creepy atmosphere, the cinematography, and the writing are top notch. The acting is excellent too. The only reason for the four stars is the recasting (and subsequent re-writing) of the Holly Gibney character. She is one of King’s best characters from Mr. Mercedes. The crossover was a treat in the novel. In this case, however, the perfectly cast Holly from Mr. Mercedes is replaced by someone completely different. This necessitated re-writing her character from the “atypical” Holly of Mr. Mercedes (and The Outsider novel), into something more akin to one of Professor Xavier’s charges. Still, that is only one drawback. The series is still well worth watching.

I really like watching this series. Can’t wait for Season 2.

Some great performances but super slow. And the finale was terrible.

Justin Other Beer - Grips you at the start and drags on

Great beginning that gets you hooked and ok ending but everything in between just drags on with no real climax for the big finale. It was as if the show was two or three episodes too long, I appreciate good character development but it came at the cost of the story progressing at a decent pace, if at all.

Peanut235 - What were they thinking?

Starts out true to the novel, but by the time Holly Gibney joins the crew the story spins out control into plot mayhem. Why do directors/writers feel they can improve upon Stephen King? Couldn’t finish it.

Didn't read the book but this series was well written and acted.

Use to be a Ign lover - Beautifully shot!

Very well shot. The book is very different.. I enjoyed the season the ending was a bit of a let down.

Did not stand up to the book at all. They changed it so much that it is barely even similar.

Well worth the effort this one, Ben Mendelsohn is very good in this as is all the cast. HBO manage to set the perfect pace for this series which has you slightly on edge for the whole time, which is what King would have wanted. Jason Bateman sets the tone well at the start and Cynthia Erivo and Marc Menchaca put on good performances. I guess the sniper scene works (he was drunk after all), but for trained cops they don't know how to take cover. Good performances by the kids. Enjoy.

Another great King yarn, well paced, atmospheric and enjoyable. May frustrate those expecting a fast-pace immediate payoff, everyone else just settle in and enjoy.

Finally a film version of Stephen King done the way he reads. Atmospheric, well paced (not slow) well developed characters and it is disturbing. Loved it from start to end.

I have always enjoyed anything by Stephen King (Misery, Christine) - this did not disappoint. Loved everything about it, storyline and acting was faultless. If you think it is slow to start . stick with it because you wont be disappointed

It’s been a long time since I’ve seen such masterful suspense. It takes courage and patience to produce something like this. Brilliant and worth every second so far (5 eps in). I see some folks were annoyed about “dragging things out”. I understand but perhaps we have really lost the joy of process I’m story telling, the effort to get to know and get invested in characters. Head and shoulders above most offerings today.

I was hooked thought there was some great acting and well suited to their parts. some say slow but I personally liked the flow and where the story went.

Well acted and directed. Sure some parts can be a bit behind in pace but really liked it.

Very boring I punished myself by watching 2 and a half episodes, before I realised that I couldn’t take it anymore

cragie07 - Show is so a waste of time

They drag it on to the point. Don’t waste your time on a show that take the whole episode to show you one min of what you need to know.

The first two episodes were good. But then the doubts begin and things begin to shift. I thought it all became rather bland quickly. This is not True Detective. Jason Bateman disappears when the season barely gets started and... well. Whatever itI may be, 5 stars it is not.

From what I saw.

old man and the sea - The Best King on TV

Stephen King had been so often let down by TV adaptations. This one hits the sweet spot. Slow and creepy with great casting and acting. Strongly recommended for anyone who enjoyed the first season of True Detective (yes, it’s that good). 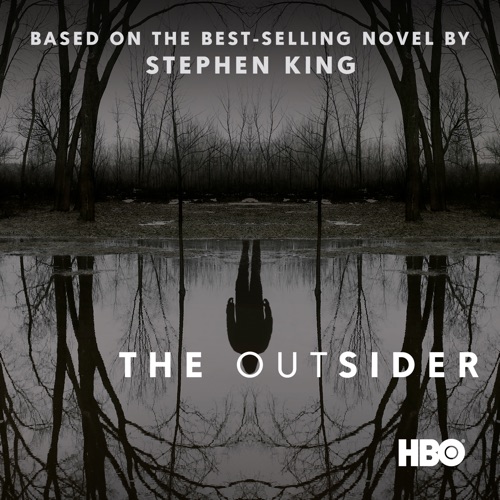