The villain world teeters on the brink of war now that All For One is out of the picture. Meanwhile, Deku gets tangled in another dangerous internship as he struggles to keep pace with his upperclassman—Mirio. My Hero Academia, Season 4, Pt. 2 Wiki

Bright Future
As the heroes deal with the aftermath of the fight with the Shie Hassaikai, the vehicle transporting Chisaki has an encounter with the League of Villains.

Smoldering Flames
After the fight with the Shie Hassaikai, a new villain emerges, and the students who participated reflect on their own roles as future heroes.

Win Those Kids' Hearts
Camie joins the provisional license training course and is added to the team working with the kids from Masegaki. Meanwhile, Endeavor has a serious talk with All Might.

Relief for License Trainees
The trainees bond with the precocious Masegaki kids and life at U.A. goes back to normal as autumn approaches, but Aoyama has been acting strangely.

School Festival
Class 1-A needs to decide what they want to do for the upcoming school festival, and Midoriya and Togata pay Eri a visit at the hospital.

Prepping for the School Festival Is the Funnest Part
Class 1-A assigns roles for their performance at the school festival, and Gentle starts preparing his next scheme.

Gold Tips Imperial
Eri visits U.A. while the students are preparing for the school festival, and Gentle finalizes his plans.

Deku vs. Gentle Criminal
As Deku buys some last-minute supplies for the school festival, he encounters a mysterious man wrapped in a trench coat.

School Festival Start!!
Izuku must stop Gentle Criminal and his partner, La Brava, or else the school festival will be cancelled.

Let It Flow! School Festival!
Izuku rushes back to the school festival after his encounter with Gentleman and La Brava, but will he make it in time for his performance?

His Start
Endeavor and Hawks are up against High-End, and it's Endeavor's chance to show the world what the new number one hero is like.

What do you think My Hero Academia, Season 4, Pt. 2 tv serie? Can you share your thoughts with other peoples?

As has been mentioned before, splitting seasons in two causes the episodes to show as 1,1,2,2,3,3 instead of listed in order. Fix this! It’s a pain having to sort this out by looking at each date every time I want to watch any of my animes 😡. Same thing happens to Attack on Titan and Tokyo Ghoul and I’m guessing this also happens with other anime. Fix it! 😡

The Anime is great but because it is split into parts the Episodes are not in the correct order for example where normally episodes would be 1,2,3,4 it is 1,1,2,2,3,3 and so on this needs to b fixed I have even stopped buying shows on iTunes in fear of having this same issue Apple has basically lost me as a customer at this point.

Why hasn’t this gone on sale like the Japanese version

romanumeralz - Rating is for the shady business practices of iTunes

Again, this is NOT a rating for the anime! I love My Hero Academia! I had purchased this season pass, back in March before the ‘quarantining’ went down, and there was a sale on My Hero Academia volumes. Individually priced at $5 each; even the newest season pass was discounted. I thought to myself that this HAS to be a mistake on iTunes part, so I purchased anyway and was happy until I found out that iTunes only allowed me to gain access to the first episode and none to follow. I had two EXTREMELY long phone conversations with customer service reps regarding this, and I was accused of lying and was given multiple excuses. Even spoke to a manager (who was kind), yet she did not fix anything. She did, however, agree with me about the injustice. There is still a case OPEN for this issue. I CANNOT stand how shady and deceptive iTunes/Apple/DirecTV has become! They’ve become their own government and they deserve a rude awakening, from treating their customers like dirt and stealing from them. Truth hurts and always comes back to bite the wicked. [A side-note also to those who have digital libraries: You don’t own ANYTHING, when you buy digital. No wifi = *poof* no ownership.] Case ID: 101042406655

swaggerluv - Loveeeee this show but...

I’m missing several episodes yet I bought the season pass. I follow the MHA platform on Instagram and they let us know when each episode is out and I’ve been missing like the last 3 for over a month now???

its a great season for anyone thats a fan of the show, but its literally missing the last episode and you guys arent showing it in a update nor it being on a season pass please get the last episode for dubbed and subbed

I would like to know why I purchased the entire season (Season pass) and it only gave me the first episode and then wants me to pay individually for the rest. I can’t even buy the whole season again because it’s blacked out and says purchased???

Love this show but you need to add more episodes peace 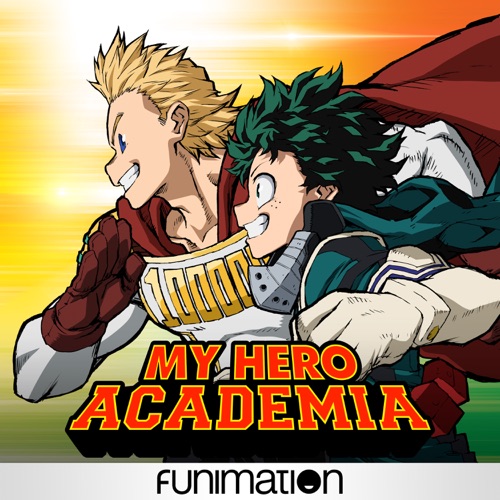