Set more than seven years after the world has become a frozen wasteland, Snowpiercer centers on the remnants of humanity who inhabit a perpetually moving train, with 1001 cars, that circles the globe. Class warfare, social injustice and the politics of survival play out in this riveting television adaptation based on the graphic novel series and film from Oscar® winner Bong Joon Ho (Parasite). Snowpiercer stars Oscar® winner Jennifer Connelly (A Beautiful Mind), Grammy® and Tony® Award winner Daveed Diggs (Hamilton, Black-ish). Snowpiercer, Season 1 Wiki

Snowpiercer is set seven years after the world has become a frozen wasteland, and the remnants of humanity inhabit a gigantic, perpetually moving train that circles the globe. Class warfare, social injustice and the politics of survival are questioned in this riveting television adaptation.

First, the Weather Changed
Snowpiercer, the Great Ark Train, has kept the last remnants of humanity alive for almost seven years. A rigid class system maintains order, with First Class holding power over workers, while a condemned Prison Class struggles to survive in the Tail. Now, a grisly murder is stoking class division, so Melanie Cavill, the powerful head of hospitality, deputizes a dangerous rebel to help solve the killing - Andre Layton, the world's only surviving homicide detective.

Prepare to Brace
Layton uses his new position as train detective to investigate the murder while gathering intel for the revolution on the side. Meanwhile, Melanie faces a resource crisis, with potentially drastic consequences for the entire train.

Access is Power
Layton descends into Snowpiercer’s black market with Till, searching for both the killer and a valuable commodity for his revolution. Melanie stages a prize fight to distract the passengers from mounting class tension.

Without Their Maker
A twist in the murder investigation brings Layton face to face with the murderer, and dangerously close to Melanie’s secret.

Justice Never Boarded
Tensions between Third Class and First Class are boiling as Melanie stages the trial of the Snowpiercer killer. Third Class threatens a work stoppage, demanding representation on the jury, and Melanie makes a fateful decision about which side to favor.

Trouble Comes Sideways
Hiding out with help from his allies, Layton lays track for revolution. Meanwhile, an engineering emergency threatens every soul on Snowpiercer, and Melanie is the only one who can save them.

The Universe is Indifferent
Melanie intensifies her search for Layton as he plots to weaponize her secret.

These Are His Revolutions
Revolution has finally come, and Layton leads the lower classes forward in armed rebellion. Melanie’s house of cards collapses and she’s in danger of becoming the first casualty in the battle for control of Snowpiercer.

The Train Demanded Blood
The rebel forces are on the ropes when a dangerous foe defects to their side. They hatch a final plan to take control of Snowpiercer once and for all, but it comes at a grave moral cost, and just may destroy them all.

994 Cars Long
In the revolution's aftermath, Layton struggles to govern the shell-shocked survivors. Melanie finally makes peace with her demons, only to realize the biggest threat to their survival is right over her shoulder.

Sneak Peek
Check out this sneak peek of Snowpiercer, Season 1.

Class Warfare
Take an exclusive look behind the scenes where the cast and crew explore and discuss the rigid structure that exists within Snowpiercer.

Jennifer and Daveed Behind the Scenes Interview
Take an exclusive look behind the scenes where Jennifer Conlley, who plays Melanie and Daveed Diggs, who plays Andre Layton, discuss the depth of their characters.

What do you think Snowpiercer, Season 1 tv serie? Can you share your thoughts with other peoples?

ririney33 - Just wait for it because WOW

This show will have you feeling all kinds of feels. At one point I was ready to call it quits then something happened that blew away my mind. I won't spoiler this BUT I will tell you: TRUST the process! Feel the frustration when it arises, but wait for it. Because when the climax reaches, it'll leave you perhaps as stunned as me. Trust the process! Allow all the feels, and watch until the end! :) Truly, this one is a hidden gem that is worth the wait.

This is basically just a murder mystery set on the Snowpiercer Train. The story could be set anywhere. It has very little to do with the movie.

This show keeps me and my family HOOKED. Very sad the season is over, but I’m happy you finished filming season 2 before production paused. The acting, writing, and directing is on point besides the fact that they filmed this whole tv show on 3 trains. Truly a masterpiece and I can’t wait it for more.

I was super hesitant to start the show only because I felt the direction of the movie went so wrong, but thankfully I gave this show a shot and I am OBSESSED TO THE CORE. One of the best shows I’ve seen in a very long time! The entire cast is phenomenal. I need more

The season finale of snowpiercer was 2 episodes, itunes only has the first part available. When is the rest of the finale going to be released?

Father-Nashua - Better than I’d hoped! A+

This show goes much deeper than the original movie, with more nods to the book. Just watched episode 9 on July 12, but episode 10 should have been available too. TNT played both episodes last night. iTunes, where is episode 10!

I love this show. Jennifer C is great!

This show looked like it would be really good from the trailer, but as it goes on, I'm becoming more and more disappointed. The concept is really cool, but there seem to be a lot of missing pieces in the characters' reasoning and choices, meaning that a lot of times, it's unclear how or why they got from point A to point C...and then C to F, and so on. And the show seems to be just throwing in sex scenes because they think that's what people want to see, which I find very annoying. The sex scenes don't contribute anything to the story, are totally uncalled for, and aren't even enjoyable to watch, so I think the show would be better off without them.

True to the spirit of the great movie by the same name. Really wish I could watch this without TNT.

Story line starts off strong and brings the viewer up to speed on what’s happening. So far, I feel like I personally will really enjoy this series, and am already enjoying the massive twists in the first episode.

This is a different outlook on apocalyptic life on a train. Except I would recommend watching the movie version Snowpiercer, if you want a quicker storyline. Worth giving this series a try to see the development of the storyline.

I eat books - Dumbest idea for a dumbed down age

We have officially entered the era of stupidity. 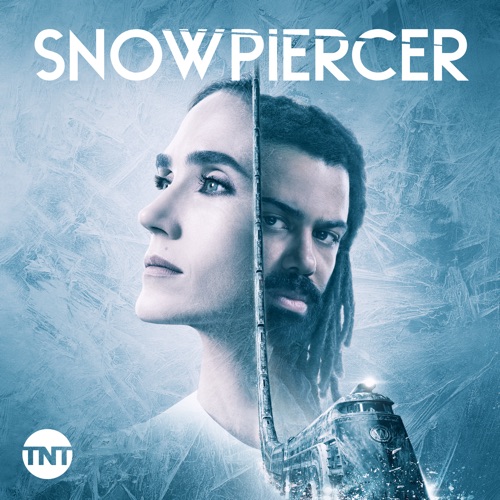