In Season 5 of Outlander, Jamie Fraser must fight to protect those he loves, as well as the home he has established alongside his wife, Claire Fraser, their family, and the settlers of Fraser’s Ridge. This new mantle of responsibility sees him pitted against his godfather, Murtagh Fitzgibbons Fraser, a leader of North Carolina’s Regulator Rebellion. Claire Fraser is determined to keep her family safe by any means necessary, whatever the consequences… while Brianna Fraser and Roger MacKenzie struggle to find their respective places in this brave new world. Outlander, Season 5 Wiki

Book Five finds the Frasers fighting for their family and the home they have forged on Fraser’s Ridge. Jamie must find a way to defend all that he has created in America, while hiding his personal relationship with Murtagh Fitzgibbons, the man whom Governor William Tryon has ordered him to hunt down and kill. With her family together at last, Claire Fraser must use her modern medical knowledge and foresight to prevent them from being ripped apart once again.

The Fiery Cross
The mood of celebration at Fraser’s Ridge is dampened by a mandate from a powerful political figure in North Carolina, and a shocking revelation about a long-standing adversary.

Between Two Fires
Jamie continues to hunt Murtagh and his band of Regulators, with a dedicated lieutenant and a contingent of redcoat soldiers at his side. When a settler at the Ridge dies of a preventable illness, Claire is inspired to take action.

Free Will
Jamie and Claire help a bondservant rescue his twin brother from their abusive master, but discover that the situation is much more complicated than they had initially thought.

The Company We Keep
Roger leads Jamie's militia to the rural trading post of Brownsville and finds himself embroiled in a bitter feud.

Perpetual Adoration
Jamie and his militia arrive at Hillsborough to find that Governor Tryon has proposed a rather unorthodox solution to deal with the threat posed by the Regulators. Busy with present-day life at the Ridge, Roger and Brianna must nevertheless come to terms with their past.

Better to Marry Than Burn
At Jocasta’s wedding, Jamie learns that the Regulator threat is far from over and Claire discovers information about a former enemy from an unexpected source.

The Ballad of Roger Mac
The Regulator Rebellion reaches a boiling point, forcing Jamie to face his fear and confront the consequence of his divided loyalties. The ensuing conflict takes a harsh toll on the Frasers.

Famous Last Words
The Frasers recover from the traumatic events of the Battle of Alamance. An unexpected visitor arrives at the Ridge.

Monsters and Heroes
The inhabitants of the Ridge rally around Jamie as he fights for his life. Jamie asks Roger to complete an important task in the event of his death.

Mercy Shall Follow Me
Jamie’s plan to eliminate the threat looming over his family goes awry. Brianna is forced to fight for both her own life as well as Jemmy’s.

Journeycake
A revelation about Jemmy forces Brianna and Roger to make a difficult choice. Claire finds that her attempts to make the Ridge safer have dire unintended consequences.

Never My Love
Claire struggles to survive brutal treatment from her captors, as Jamie takes drastic measures in a bid to save his wife.

Outlander Seasons 1-5 Trailer
A look back at seasons 1-4 and preview of season 5.

Outlander Untold: Luckenbooth
Ulysses catches Murtagh with a wedding gift for Jocasta the night before she's due to be married to Duncan Innes.

Outlander Untold: Social Visit
Fergus and Marsali Fraser walk through the woods carrying a basket for Roger and Brianna but an argument stops them from fulfilling the journey.

Outlander Untold: Deceptively Charming
Kezzie brings in a couple rabbits for Lizzie and she mistakenly believes him to be Josiah and confesses some feelings she's been having.

Blooper Reel
Laugh out loud with the cast and crew with outtakes saved from the cutting room floor!

Strength in Action: The Women of Outlander
This piece focuses on the strong female powerhouses of Outlander. Claire, Brianna, Marsali and more are highlighted as we look at all of their strengths and accomplishments this season, from Claire developing penicillin, to Brianna's strong independence in this new world, and more.

At Home With Adso
Sit back and relax by the fire at Fraser's Ridge with Adso and a special guest.

Through Fire & Hell: The Finale
This season's finale has been described as one of the hardest episodes that's ever been filmed for Outlander.In this piece, Caitriona Balfe leads the discussion with the filmmakers on why it was so important to portray Claire's journey in this episode with respect.

What do you think Outlander, Season 5 tv serie? Can you share your thoughts with other peoples?

Only thing is some of the extra scenes don’t have sound for dialogue. I can hear the music and other stuff but can’t hear talking!

I just purchased the whole season but can’t seem to be able to download it on any of my Apple devices!! This is ridiculous!! 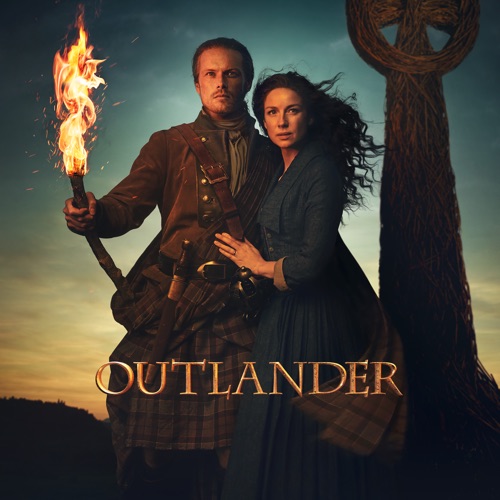