Kroy is determined to take his tight-knit family on the trip of a lifetime through the United States, which leaves Kim and the girls wondering how their crazy family of eight will survive an entire summer in an RV. There is no shortage of drama (and wine) for Kim as the Biermann family is tested with this new lifestyle on the road. Don't Be Tardy, Season 8 Wiki

A Very Biermann Road Trip
With the Littles growing up and Ariana off to college next year, Kim and Kroy plan to take the family on one last epic vacation - Biermann style. Six kids, six weeks, going coast to coast crammed into an RV - What could possibly go wrong?

Bugs, Boots, and Bombshells
The Biermanns head to Nashville, where Arianna and Brielle are single and ready to mingle in the Music City. After the Littles go hog wild in a massive candy store, the family takes a detour to Ohio, where Kim learns some disturbing news about her father.

Stuck in the Mud with You
Still reeling from the bombshell about Kim's dad, the Biermanns say a heartfelt goodbye to Tracey, whose son awaits her in Atlanta. Meanwhile, a visit to the St Louis Arch triggers Kim's many phobias.

A Country Ghost Town Jamboree
Hold on to your wigs as the Biermanns come face to face with ghouls and ghosts in the most haunted house in the country. The only thing scarier for Kim?  Dropping her phone in the RV toilet.

What do you think Don't Be Tardy, Season 8 tv serie? Can you share your thoughts with other peoples?

marhandamast - Episode 3 is only 30seconds long

I purchased the third episode and it was only 30SECONDS long!?

These 22 minute episodes don’t justify the cost nor your time.

It’s a amazing and awesome show 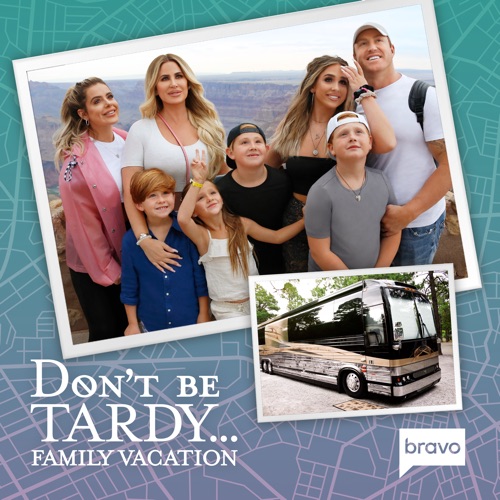