Returning for season 15 are housewives: Shannon Storms Beador, Kelly Dodd, Gina Kirschenheiter, Emily Simpson and Braunwyn Windham-Burke. The ladies are joined by new housewife Elizabeth Lyn Vargas, a soon to be divorcee who is ready to kick off the next chapter of her life with a little fun in the OC. 2020 starts off on a real high for the ladies with new homes, boyfriends, a fiancé and a new a hip. Past secrets emerge and newfound happiness is questioned as the ladies press to find out if everything is what it seems. The impact of coronavirus definitely takes its toll on the women and their relationships at home and with each other as they each try to adjust to their new reality. The season documents their lives from February to August 2020 with self-shot footage during quarantine. The Real Housewives of Orange County, Season 15 Wiki

These ladies show no signs of slowing down and although they may be enjoying the sunny SoCal lifestyle, replete with plastic surgery and frequent shopping sprees, real life still manages to find them, even in the land of excess and indulgence on The Real Housewives of Orange County.

An Unexpected Secret
Change is in the air in the OC as Shannon, Gina and Kelly all have new significant others and homes to celebrate. As Shannon takes a tour of Gina's new house, she vents frustrations about Kelly. Braunwyn and Kelly head to their friend Elizabeth's beach house and are shocked by Elizabeth's unconventional relationship. Meanwhile Emily, with a new hip and outlook on life, celebrates her anniversary with Shane. Braunwyn convinces soon-to-be neighbors Shannon and Kelly to meet up and hash out their differences. Later, Braunwyn invites Emily over and shares a secret she has been keeping.

Tequila Truth Serum
Kelly is focused on her future with fiancé Rick, but wonders how long her recently brokered peace with Shannon will last. Elizabeth and Jimmy bond over their shared Mexican heritage. Braunwyn struggles with her identity and worries that her friends won't stick around now that she's not "fun" anymore. Gina reveals that she heard Braunwyn made fun of her "small house" but it turns out she isn't the only one making disparaging remarks. Gina also brings up the awkward text messages she had with Sean last year. When Emily calls Braunwyn to clarify, she refuses to discuss over the phone. Later, when rumors start to spread, Braunwyn is forced to reveal a secret to Shannon.

The Splash Heard Round the Oc
Shannon's got a new house, boyfriend, body, and revamped food line to celebrate and is ready to show it all off at her housewarming party. Emily is hopeful that she can finally make peace with Shannon. Kelly and Gina question Elizabeth's romantic relationship. Meanwhile, Gina confronts Braunwyn and Shannon about the comments they made about her new home.

The Aftershock
As Shannon's housewarming party continues, Braunwyn attempts to reconcile with Gina. After Braunwyn heads home following the disagreement with Gina, the ladies bond over some tequila shots. Gina shocks Emily when she reveals Braunwyn invited her to a meeting as an olive branch. Elizabeth speaks to her anxiety and stress about her upcoming divorce trial. Meanwhile, Kelly can't wait for Rick to be transferred from New York and move to California full-time, as their addiction for each other grows. After attending her first meeting, Braunwyn calls Shannon to apologize in hopes that she will attend her upcoming 20th anniversary vow renewal.

An Unexpected Guest
After her explosive meltdown at Shannon's housewarming party, Braunwyn finds herself trying to make amends and move forward. Braunwyn opens up to Gina about her life-long struggle with alcohol, and their friendship takes a drastic turn. As Jacob experiments with drag, Sophie continues writing her book about dealing with her parents' divorce leaving Shannon to worry about the effect it had on her daughters. Meanwhile, Elizabeth struggles to process her sister's issues. Gina deals with the next steps in the case against her ex-husband and struggles balancing that with their co-parenting relationship.

The Vow Renewal
With Coronavirus making its way to California, Shannon stocks up on supplies, and Kelly gets bad news. Braunwyn and Elizabeth bond over addiction and fleeting friendships. Braunwyn visits her mother, Dr. Deb, for the first time in months, ahead of her vow renewal and deals with an uncomfortable reunion. Emily and Gina begin to question discrepancies with Elizabeth's stories. Later, Kelly confronts Shannon about her competing water line idea, which boils over while Braunwyn and Sean exchange vows with an ordained drag queen.

Renewals and Regrets
As the celebration of Braunwyn's vow renewal continues, Shannon and Kelly struggle to come to an understanding about their competing businesses. With the distant memory of her own vow renewal on her mind, Shannon lets loose and offers an olive branch to Braunwyn, in hopes of getting their friendship back on track. Gina decides to stay sober to support Braunwyn. Meanwhile, the ladies continue to question Elizabeth's relationship with Jimmy.

What do you think The Real Housewives of Orange County, Season 15 tv serie? Can you share your thoughts with other peoples?

ImagineWalls - KELLY IS THE BEST!!!

Kelly is the best and I'm liking this new housewife!!

Fire Kelly she is destroying the show

OC has outlasted it's welcome. The ensemble is boring and low-key racist. It's time to move on.

No Tamra, No Vicki, No Heather = No drama. Boring cast😒 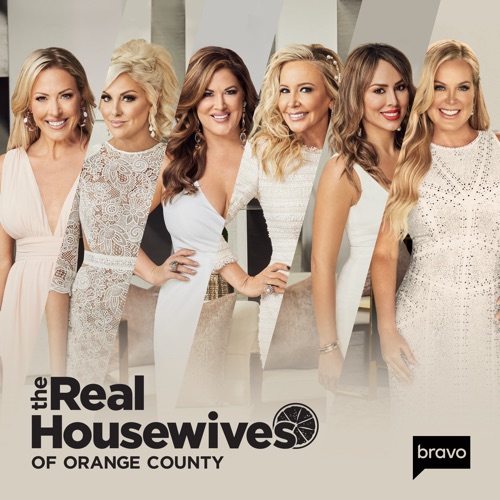