A group of teenagers living in a community sheltered from the dangers of the apocalypse receive a message that inspires them to leave the safety of the only home they have ever known and embark on a cross-country journey to save their father. The Walking Dead: World Beyond, Season 1 Wiki

A group of teenagers living in a community sheltered from the dangers of the apocalypse receive a message that inspires them to leave the safety of the only home they have ever known and embark on a cross-country journey to save their father.

Brave
Iris welcomes an enigmatic ally to their community while Hope questions the visitor's motives. A message upends the sisters' worldview, forcing them to decide between the safety of their home and the uncertainty of the world beyond.

The Blaze of Gory
The group adjusts to the reality of life beyond their community’s walls. Iris attempts to take charge, in spite of Hope's reservations. Felix and Huck trail the teens while Felix is forced to confront unwanted memories.

The Tyger and the Lamb
Burdened by their pasts, members of the group adopt opposing strategies for dealing with a massive obstacle. Pressure is put on the group to return home.

A Look at the Series
The cast and creators introduce the kids at the core of the new series in The Walking Dead universe and discuss what to expect from the first generation to grow up in the apocalypse.

What do you think The Walking Dead: World Beyond, Season 1 tv serie? Can you share your thoughts with other peoples?

It’s decent so far I have hope for this series. I think it can only get better.

The premise is great, but the writing is bad and the casting even worse. Cookie cutter characters. Dialogue that sounds like it’s being read straight off the page - for the first time. This series doesn’t add anything new or interesting to the story. Shame.

This show is too lame for anyone over 15.. I would recommend it to those very young kids who still read RL Stine books though.

Excited for this new series of TWD universe and how we’ll get to see the CRM and now we know the locations of the CRM is Portland, Nebraska and maybe Philadelphia where Rick Grimes is maybe at and held hostage doing things against his will like maybe rick is a soldier for the CRM. 🤷🏻‍♂️🤷🏻‍♂️ never know. those are the 3 circles of the CRM aka: civil republic military. And how there trying to find a cure in NY and excited to see any rick grimes Easter eggs for the Rick Grimes movies!!! 🧟‍♂️🧟‍♂️🧟‍♂️👏🏼👏🏼👏🏼 we are about to enter a new and bigger world. it’s like the CRM are everywhere not just 3 locations!! I’m ready to see what Rick been doing 🌎. I’m wondering if the CRM are good people 🤔🤔 cuz is the CRM is bad it’s gonna be a big fight coming cuz if the CRM is everywhere and there bad people then let’s see if the commonwealth fights them in the future with Rick Grimes, michonne, Judith, Daryl, carol, Negan, Maggie and everyone else that’ll be an epic ending!!!! Also Rick can finally meet RJ his son 👏🏼👏🏼👏🏼👏🏼😃😃

I understand that pilots are often slow and exist to build, but this pilot built a new franchise on all the parts you’d fast forward through during the later seasons of TWD because you become too familiar with the melodrama. It feels like a show written by people who don’t watch zombie shows. Zombie shows have been mainstream for 52 years now. This adds absolutely no new dynamics. Sorry for the bum review, but this was lost potential.

will work for money - No

Very good episode, excited to see the rest of the season.

I haven’t bought this, but saw it on AMC+ and it started pretty good. Hope it continues to be better.

Got me the season pass

I never have left a review anywhere , but I have to say I’m disappointed so far. I can not believe that they took a great series and turned it into another shiny teen early twenty something tv show . I find it difficult even to watch an episode to the end with all the adorable sugar coating. I am waiting for the zombies to start sparkling in the sunlight.

WOW, Another Zombie Show, There are now 300 Zombie shows on TV now!

We get to find out about this famous new group who took Rick Grimes. Like the actors and the story? ep one is slow at first but i find it will only get better.

crazzY DOm - Why did someone try to hurt the rating score

This series offers a brand new perspective in the world of The Walking Dead! The first episode was great (watched it on tv) and I’m excited for next week’s episode! This series premiere introduces its characters very well! Excited to get it on here so I can rewatch it again and look for any hidden easter eggs! 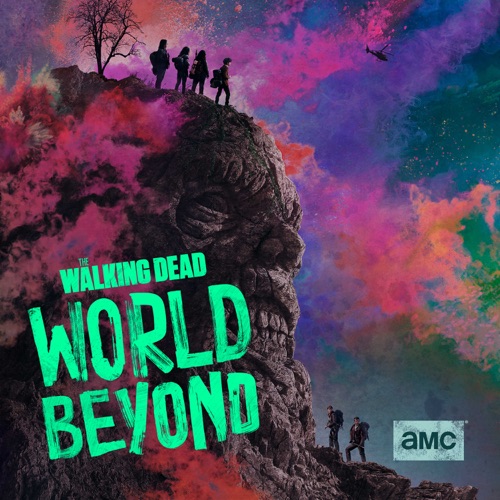 The Walking Dead: World Beyond Wiki

The Walking Dead: World Beyond Seasons