In the second season of Tom Clancy's Jack Ryan, after tracking a potentially suspicious shipment of illegal arms in the Venezuelan jungle, CIA Officer Jack Ryan, portrayed by John Krasinski (A Quiet Place), heads down to South America to investigate. As Jack's investigation threatens to uncover a far-reaching conspiracy, the President of Venezuala launches a counter-attack that hits home for Jack, leading him and his fellow operatives on a global mission spanning the United States, UK, Russia, and Venezuela to unravel the President's nefarious plot and bring stability to a country on the brink of chaos. Jack Ryan, Season 2 Wiki

After tracking a potentially suspicious shipment of illegal arms in the Venezuelan jungle, CIA Officer Jack Ryan heads to South America to investigate. Jack’s actions threaten to uncover a far-reaching conspiracy, leading him and his fellow operatives on a mission spanning the globe.

Cargo
Jack Ryan searches for the truth behind Venezuela's transactions with various World Powers. Greer joins him in Venezuela and they find themselves in the midst of a local re-election effort.

Tertia Optio
Jack and Harry team up to follow a lead that could create dissension within the ranks. President Reyes denies involvement in the events that are keeping Jack in the country.

Orinoco
Jack's intel leads them to a militia guarded compound and his search for answers puts the whole team in danger. Gloria Bonalde proves to be a real contender in the upcoming election.

Dressed to Kill
Relieved of duty in Venezuela, Jack follows a new trail to London and discovers that he isn’t the only person on the hunt. Back in Venezuela, Reyes makes Gloria an offer.

Blue Gold
Using Max's daughter as bait, Jack and Harry convince Max to meet face to face. Stranded in the jungle, Marcus stumbles across a prisoner camp. Greer pays a visit to Gloria.

Persona Non Grata
Reyes accuses the U.S. of tampering. The U.S. Embassy is evacuated. Jack, Greer and Mike November are faced with a difficult decision. Reyes' men pursue Matice and team in the jungle.

Dios y Federacion
The election in Venezuela is moved up. Stranded in a hostile country, Jack and Mike fight for their lives, while Greer is interrogated. The Ubarri family must decide to flee or face Reyes.

Strongman
Jack heads to the Presidential Palace to retrieve Greer. When the polls are shut down, violent protests erupt and Jack must make a decision that could determine his future.

What do you think Jack Ryan, Season 2 tv serie? Can you share your thoughts with other peoples? 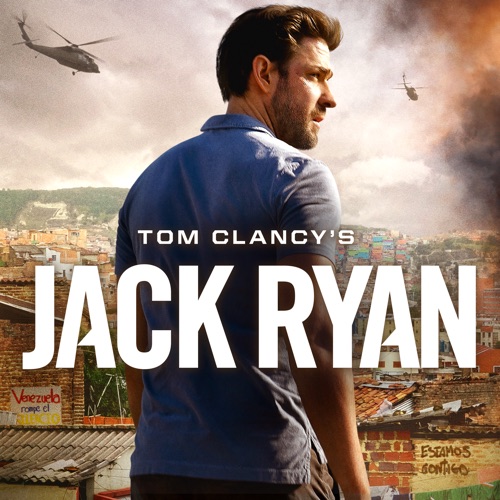