Rick, Marty and the Oak Island team are back for the biggest season yet – bringing with them more determination, resources and technology than ever in their quest to solve the 224-year old treasure mystery. The Curse of Oak Island, Season 8 Wiki

The Curse of Oak Island documents brothers Rick and Marty Lagina as they pursue their lifelong dream of solving more than a 220-year old Oak Island mystery. For over two centuries, teams of searchers, including Franklin D. Roosevelt, have attempted to crack the code that will unearth the treasure believed to be buried on the small island off the coast of Nova Scotia. Armed with the knowledge of those that came before them, the muscle of heavy machinery and decades of engineering know-how, the Lagina's and their partners may be closer than anyone in history to finding the treasure that has so far claimed the lives of six men.

Remote Control
In the midst of a worldwide pandemic, Rick, Marty and the team return to Oak Island. Armed with evidence of possible tunnels leading to the Money Pit, the fellowship is convinced they have the tools to solve the Oak Island mystery once and for all.

The Boys are Back
Out of quarantine and ready for action, Rick, Marty and the team unearth hard evidence of a centuries old tar kiln, suggesting significant industry happened on Oak Island long before the discovery of the Money Pit.

If the Ox Shoes Fit
As Gary and Jack unearth new evidence suggesting substantial industry between Lot 15 and the mysterious swamp, the fellowship makes the aggressive and expensive decision to excavate the mysterious bog entirely, once and for all.

What do you think The Curse of Oak Island, Season 8 tv serie? Can you share your thoughts with other peoples?

mcgin 73 - The curse of oak island 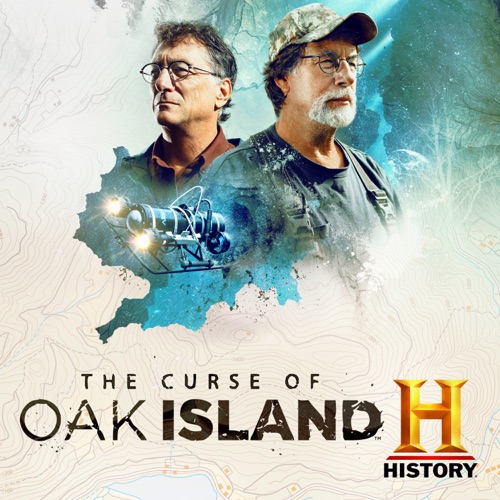 The Curse of Oak Island Wiki

The Curse of Oak Island Seasons