PAW Patrol is a CG action-adventure preschool series starring a pack of six heroic puppies led by a tech-savvy 10-year-old boy named Ryder. With a unique blend of problem-solving skills, cool vehicles, and physical humor, PAW Patrol is sure to keep preschoolers engaged as they work together to protect Adventure Bay. PAW Patrol, Vol. 14 Wiki

Dino Rescue: Pups Save a Sore Dino / Dino Rescue: Pups Save the Triceratops Tag-Alongs
In the Dino Wilds, Marshall performs some Dino dentistry with the help of an ancient geyser and his fellow Dino Pup pals. Francois and Cap'n Turbot are in Dino wilds for an adventure. But a sightseeing expedition quickly turns into a wild Dino ride!

Pups Save a Bah Humdinger!
Mayor Humdinger is being very naughty on Christmas Eve and it's up to the Paw Patrol to help Santa and save Christmas.

Pups Save the Marooned Mayors/Pups Save the Game Show
While out ice fishing in the North Country, Mayors Goodway and Humdinger, along with Chickaletta, get stuck in an ice crevasse. The Wingnuts' farm plays host to a rootin' tootin Game Show hosted by Cowgirl Beryl!

Pups Save the Whale Pod/Ultimate Rescue: Pups Stop the Junk-Monster
When Francois accidentally crashes his diving bell, the PAW Patrol must rescue him, a Pupfish, and a pod of whales. When Wingnut's junk pile and Oscar go missing at the same time, Chase and team are called in to solve the mystery.

Dino Rescue: Pups Save a Pterodactyl Egg
A Pterodactyl mom and her egg are trapped on a ledge in a rockslide – Pups to the Dino Rescue!

Dino Rescue: Pups Save a Dino Christmas
Christmas in Dino World is interrupted when a tremor froma volcano causes a landslide that traps a Brachiosaurus, and it's up to Ryder and the Pups to come to the Dino Rescue!

Dino Rescue: Pups Save the Baby Raptors
A baby raptor gets inside the Dino Lookout causing a commotion. As Rex and Zuma race to save the raptor's siblings, Ryder and the Pups search for its parents.

Dino Rescue: Pups Save a Tyrannosaurus' Birthday
A surprise birthday party for a Tyrannosaurus turns into a Dino Rescue when the startled guest of honor stomps off, getting stuck in a pit full of quicksand!

What do you think PAW Patrol, Vol. 14 tv serie? Can you share your thoughts with other peoples? 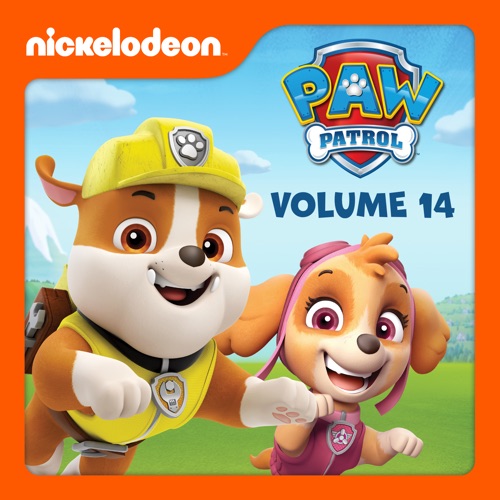