After the events of the eighth season finale, during which Kristin went into labor with her baby daughter, while Mandy was pregnant with her first child, the series jumps ahead into the near future, when Mike and his wife, Vanessa, will contemplate their own future, including Mike’s imminent retirement from his lifelong job at Outdoor Man – and who could be his successor. Last Man Standing, Season 9 Wiki

Last Man Standing follows Mike Baxter, a married father of three girls, who tries to maintain his manliness, despite being surrounded by women.

Time Flies
A series of time jumps finds Mike & Vanessa with two new grandchildren, as well as Mandy and Kyle living with them. Mike accidentally-on-purpose gets involved when Vanessa and Mandy clash over Vanessa’s “helpfulness.” Meanwhile at Outdoor Man, Chuck desperately hopes its last call on Ed’s mixology happy hour.

Dual Time
The Baxters see double when Vanessa hires a home improvement repairman who bears an uncanny resemblance to Mike. Meanwhile, Kyle and Ryan defend their favorite comic book writer to Mandy and Kristen, and Mike struggles with an idea for his Outdoor Man 10th Anniversary vlog.

High On The Corporate Ladder
Mike reluctantly finds himself acting as Ryan’s mentor when he is offered a big corporate job. Meanwhile, Mandy and Kyle attempt to make Ed’s bucket list dreams come true after finding a secret file on his computer.

Last Man Standing First Look
Go behind the scenes with Tim Allen and the cast as they share what to expect in the final season and how the show has impacted their lives.

What do you think Last Man Standing, Season 9 tv serie? Can you share your thoughts with other peoples?

Best show made ... sad it is the last season

Love the cast. Everything is perfect.

@MattCarterMedia: Jen will have a big story on #LastManStanding next week...

@MattCarterMedia: Jen will have a big story on #LastManStanding next week...

Jen will have a big story on #LastManStanding next week... 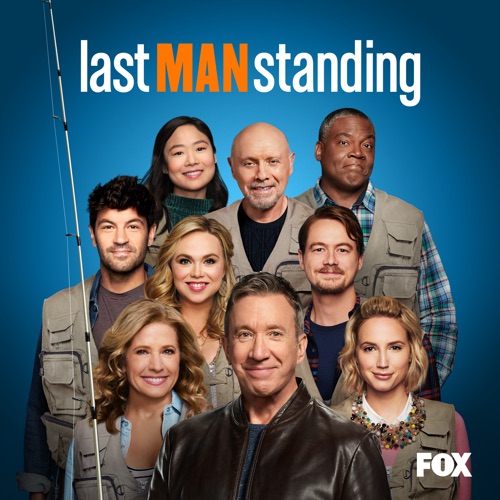