Set in the frigid Arctic Island, this espionage thriller features 30 of the globe's strongest reality titans, who are forced to outsmart each other in a game of secrets, spies and lies for their share of $1 million. The Challenge: Double Agents Wiki

Set in the middle of the jungle, "The Challenge: War of the Worlds 2" returns to a classic team format; 14 Brits will battle it out against 14 Americans for their share of the $1 million-dollar prize.

License to Killer Kam
Thirty Elite Agents learn that they will be battling against one another in a spy-themed season, with the hopes of earning their share of a $1,000,000 prize. Former champions find themselves in danger, as a cutthroat plan emerges to take them down.

Dive Another Day
Agents compete in freezing temperatures during the "Mission: Ice Spy" challenge, where alliances are put on blast. Romance emerges between one pair of strong agents. One agent plots against her own partner, in the hopes that he will be eliminated.

Enemy of the State
Fessy's exposed lies about the secret vote cause concern within his alliance. Agents must wrestle against each other on top of a speeding truck during an explosive "Mission: Road Kill" challenge. An emotional Agent pushes two other players' buttons.

Duplicity
Loyalty is tested in a volatile new partnership. Agents must put their intel skills to the test while in a lava tunnel during "Mission: Drone Control." A stunning battle in The Crater causes ripples that will impact numerous Agents.

Skyfall
After one Agent is unexpectedly deactivated, TJ institutes a shocking security breach, which shakes up partnerships. The Agents compete in "Mission: Agent Down" where they must overcome their fears of heights. A group of strong Rookies align.

Declassified
The Elite Agents move into their new headquarters and get to know one another, as their handler, TJ Lavin, details classified intel on the upcoming season and its extreme missions.

Votes Declassified: License to Killer Kam
The contestants choose whether the team of Ashley and CT, Lolo and Nam or Gabby and Lio will go into the elimination round.

Double Agents Final Words: Joseph
Joseph explains where things went wrong in his elimination battle and vows to train harder before his next Challenge appearance.

Votes Declassified: Dive Another Day
The agents cast their votes for Joseph to see if he can live up to his self-hype.

Double Agents Final Words: Wes
Wes struggles to figure out how he miscalculated his elimination strategy and explains why he's disappointed in the other players.

Votes Declassified: Duplicity
Some agents feel conflicted about their vote, while others come in with a clear plan about which team they want to compromise.

Double Agents Final Words: Nelson
A stunned Nelson discusses Fessy's betrayal and what it takes to go into a tough physical elimination as the underdog.

Votes Declassified: Skyfall
During the elimination vote, one agent makes a big gamble, while others play it safe and stick with the consensus of the majority in the house.

Double Agents Final Words: Tori
Tori reflects on the struggles she faced and her missteps during the elimination round, and what she's thankful for after her loss.

What do you think The Challenge: Double Agents tv serie? Can you share your thoughts with other peoples?

I eat books - MTV get off the air!

MTV thinks that by releasing the episodes much later than on their app, people will sign up for MTV instead of buying the episodes here. Apple should take issue with this. We paid for a show and deserve to watch it at the same time it airs on mtv.

i love the show but WHY are the episodes always so late it’s so annoying. i wait up to watch the new ones and it’s supposed to come out at midnight but it usually never is

Don’t buy the season y'all, they can’t even put it out on time! Been waiting several days now and still no episodes out and I honestly doubt they will put the rest of the episodes out now. So save your 25$ and use it else where.

ArkansasGoHogs - Thanks for the reviews, buying elsewhere!

Thanks for the reviews everyone! I’ll be buying elsewhere.

Everyone is crying about a episode that didn’t release last Wednesday when MTV skipped a week. Then iTunes has always released them on the same timeline for years. They release the episode the next day at 7AM. If you bought the season pass just be patient or just watch the episode on MTV when it airs.

I neeeeeed the next episode plsssss

Still no episode 4??? What’s going on

It defeats the purpose of selling a show on iTunes if you can’t watch it in a timely fashion. Srsly how hard is it to upload a new episode the morning after it airs?!

Something about the challenge seasons the episodes are always delayed. No clue why. Still love the show though.

The series itself is great, but these are unacceptable wait times for episodes after the live air date. We all paid specifically for this show, and Apple is failing to deliver the service we paid for. Especially bad if you consider Amazon already has this episode and it came on time. Will probably switch to Amazon from here on out.

PUT THE EPISODE ON IN A TIMELY MANNER! it’s so frustrating that I still can’t watch the new episode!!!!! Get it together or give us some of the money back you charged us for the season!

The episodes take so long to be uploaded

The episodes don’t come out on time. It’s been 3 days.

amdrummer1990 - Where are the episodes

Seriously, why is this taking so long? And stop spoiling who goes home with the name in the title! Like, this is amateur hour, expect WAY more from iTunes Store purchases.

Stephanie Maggiore - Delayed Episodes - not worth the money

Can someone explain why it takes 3-4 days for new episodes to come out? How do I get my money back?

Is the hardest part! This might be the best show on TV, unfortunately here I am Friday night, a full 48 hours after the show has aired, and I still can’t watch it.... come on Apple.

They take so long to upload a new episode and it’s really frustrating!

There no point of buying anymore seasons passes, if episodes doesn’t upload after hours of the episodes premiere. This is the third times iTunes has done this. The problem has been here way before COVID, so they can’t use that excuse!!

I’ve purchased the entire season before it began so that I would legally be able to watch the episodes the day after they air live on MTV. So far, not only are they not available the next day, but it’s been 48 hours or longer on 2 of the 3 already!! This is extremely frustrating! Not only should someone who has paid for it be able to access it for sure the day after it’s aired, but why not make it accessible at the same time it’s airing or immediately after the episode has ended? The mtv app releases it the next day for free. Give us something for paying otherwise we will all go back to streaming it for free immediately after it airs live.

I still haven’t gotten episode 3 Has anyone else had this problem?

jmh214 - Episodes not ready the day after?

I purchased the season to watch commercial free the day after they are on. It’s now 2 days later and still no new episodes. Fix this. Now.

Episodes come out super late on this application and not even a day. This is almost a two day way wait. I would like a refund. Unless you are desperate save the twenty bucks and watch it on TV.

I bought the season pass because i dont have cable to see it on mtv and I gave it a star because we dont get the episode till later why is that I would like to get it the same day it comes out because by later theres a bunch of spoilers and I didnt pay for that if I would of known i might as well see all the spoilers online since thats whats already happening. Also why doesnt the episode come out we dont want all this other stuff thats isnt the episode itself.

You’ve spoiled 2 episodes for me now since you have the person who’s eliminated in the title name. Also these episodes come out days after the airing and not the day after like normal

Fooled me again ITunes, thinking you’d timely release episodes. Episode 3 was out last night, Amazon prime has it to purchase, why is it not on iTunes? Tired of buying a season pass and having to wait for iTunes to load the episode days after it premiered.

Why does it take so long for a recent episode to show up? Amazon has their episodes up the day after it airs on tv.

Don’t like that they don’t put up the episode fast enough , WE PAYED TO SEE IT THE NEXT MORNING ! disappointed once again.

I’m not sure who is to blame for this but it’s intensely frustrating when new episodes aren’t available the day after they’ve aired. We’ve already waited, what’s the purpose of making us wait longer?

By having the final words listed directly below each episode it spoilers who gets eliminated right when you go to download.

666GhostWriter3 - You got the Votes Declassified & Double Agents Final Words mixed up! TWICE!!

Just made my Pick 'Em choices for this week's The Challenge! Play along to win and watch The Challenge: Double Agen…

Just made my Pick 'Em choices for this week's The Challenge! Play along to win and watch The Challenge: Double Agen…

How to ruin your reputation and goodwill in 90 minutes or more. #TheChallenge36: Double Agents - Episode 5 Recap

Also, we linked to the article in our recap, but here is another link to the @EW interview with Natalie about her e…

@RealityNSFW: Ashley “Millionaire” Mitchell @MTVASHLEYBROOKE makes her return to #TheChallenge36 as the Security Breach shakes up the co… 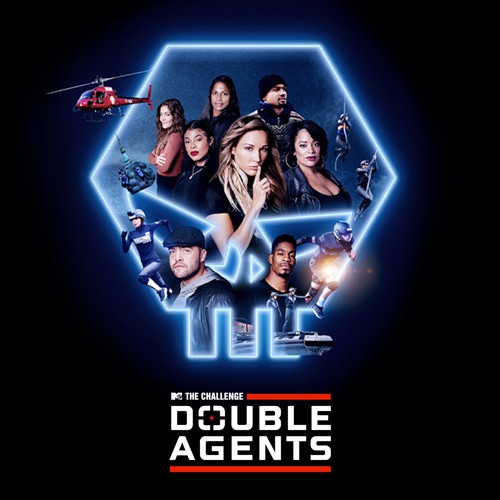