Season five of RIVERDALE begins with our characters’ final days as students at Riverdale High. From an epic Senior Prom to a bittersweet graduation, there are a lot of emotional moments and goodbyes yet to come. Then, we will redock with our gang as young adults, all returning to Riverdale to escape their troubled pasts. Riverdale, Season 5 Wiki

Riverdale, Season 5 - Episode 1 Synopsis
Betty and Jughead's investigation into the auteur leads them to the discovery of a secret underground for red-band screenings. Elsewhere, in order to impress the visiting Naval Academy Commandant, Archie agrees to participate in a boxing exhibition against another candidate - KO Kelly. Meanwhile, as Cheryl prepares for prom, she stumbles upon a major secret that Toni's been keeping from her.
Riverdale, Season 5 - Episode 2 Synopsis
Betty and Jughead's investigation into the auteur takes a twisted turn after receiving a call from Bret. Meanwhile, Archie is forced to make an impossible decision when the person responsible for his father's death needs his help. Elsewhere, Veronica and Hermosa come up with a plan to force Hiram into early retirement, and Cheryl makes a business move.
Riverdale, Season 5 - Episode 3 Synopsis
With Graduation Day around the corner, the gang consider their next steps beyond Riverdale High. Archie learns whether he will be able to graduate with his classmates. FP makes a difficult decision about his and Jellybean's future.
Riverdale, Season 5 - Episode 4 Synopsis
After spending seven years away from Riverdale, Archie returns to find the town is now under Hiram Lodge's grip and on the verge of becoming a ghost town. When Toni catches him up on what's been going on, Archie reaches out to the rest of the gang to return home.
Riverdale, Season 5 - Episode 5 Synopsis
Toni, Alice, Archie and Kevin fight to keep Riverdale High's doors open after learning that its budget had been cut by Hiram Lodge. Veronica gets creative when she discovers Chad is having her followed. Jughead starts a new job after debt collectors show up in Riverdale.
Riverdale, Season 5 - Episode 6 Synopsis
Archie, Betty, Veronica and Jughead prepare for their first day as Riverdale High's newest teachers. Veronica introduces her husband Chad to the group after he shows up unexpectedly in Riverdale. After realizing they are out of funds, Archie and Toni turn to Cheryl for help restarting the football and cheer teams. Finally, Betty, Kevin and Alice follow a lead after learning that Polly may be in trouble.
Riverdale, Season 5 - Episode 7 Synopsis
Following in his Grandpa Artie's footsteps, Archie begins to recruit Riverdale's new volunteer fire department. Toni's attempt to lure Cheryl out of Thornhill and back into daily life in Riverdale leads to more tension between the two. Elsewhere, Betty, Alice and Kevin's latest investigation leads them into conflict with Hiram. Finally, as Veronica comes up with a risky plan to support Riverdale's local businesses, Jughead and Tabitha begin to unravel an old mystery surrounding some strange sightings in the town.
Riverdale, Season 5 - Episode 8 Synopsis
A big announcement forces everyone to take stock of their current lives. Cheryl sets a risky plan in motion after learning some surprising news about Toni. Jughead tries to make sense of a strange encounter he had. Kevin and Fangs make a big decision about their future together.

Riverdale is a bold, subversive take on Archie, Betty, Veronica and their friends from the comics, exploring the surreality of small-town life - the darkness and weirdness bubbling beneath Riverdale's wholesome facade.

Chapter Seventy-Eight: "The Preppy Murders"
Betty and Jughead’s investigation takes a turn; Archie must make an impossible decision; and Veronica and Hermosa have a plan for Hiram. Plus, Cheryl makes a business move.

Chapter Eighty: "Purgatorio"
After spending seven years away from Riverdale, Archie (KJ Apa) returns to find the town is now under Hiram Lodge’s (Mark Consuelos) grip and on the verge of becoming a ghost town. When Toni (Vanessa Morgan) catches him up on what’s been going on, Archie reaches out to the rest of the gang to return home. Lili Reinhart, Camila Mendes, Cole Sprouse, Madelaine Petsch, Casey Cott, Charles Melton, Drew Ray Tanner and Erinn Westbrook also star.

What do you think Riverdale, Season 5 tv serie? Can you share your thoughts with other peoples?

I get Season 1 vibes all over again. So good

soptidewll - I loved all the seasons they were really good❤️❤️❤️

I have not seen a good show like this since pretty little liars, I am in love with this show❤️❤️❤️❤️

I love this show I’ve probably watched it 6or8 times😌

So glad this has returned for another season!! Great show and always keeps you hooked! Keep watching

I stopped watching well into Season 2. I gave it a shot, and hoped it'd get better but it got worse. This show rips off something lighthearted and twists it into something negative and toxic. To all the people involved with making this I ask, what are you thinking?? Why would you choose to put this out into the world?

I bought the season 5 pass 2 weeks ago and episode 4 isn’t available in the pass you have to buy it separately, are you serious. Worst app ever, I wasted money on this show now I have to watch it on Netflix instead.

You’re seriously charging us $2.99 for a launch trailer?

BaileyZCrawly - What happened to the season pass?

Warner Bros., what’s wrong with you? This is the second season of Riverdale you’ve ruined. Lower the price of season 4 and bring season 5 back to a season pass. Idiots. 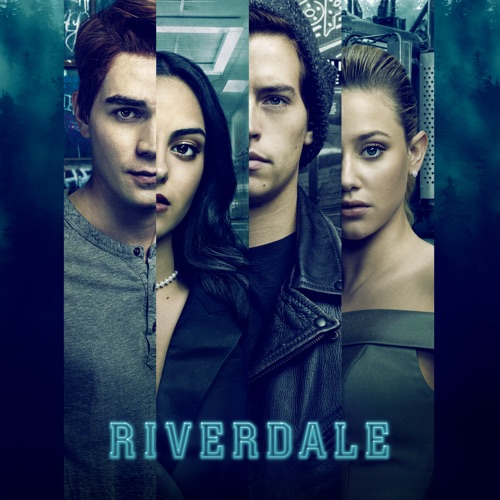