In season three Spencer and Billy’s plan to bring home a football championship may prove difficult as the high stakes of the Beverly/Crenshaw rivalry become personal now that it’s friend versus friend and father versus son. Furthermore, the medical mystery surrounding Spencer’s injured arm will affect him on and off the field, as senior year at both Beverly and South Crenshaw gets complicated. All American, Season 3 Wiki

When a rising high school football player from South Central L.A. is recruited to play for Beverly Hills High, the wins, losses and struggles of two families from vastly different worlds — Compton and Beverly Hills — begin to collide. Inspired by the life of pro football player Spencer Paysinger.

Season Pass
Spencer (Daniel Ezra) finds himself on the defense after an interview he gave comes out, upsetting his old teammates and emotions get the best of them. Coop (Bre-Z) and Layla (Greta Onieogou) return from tour, but while Coop tries to figure out what happened with Patience (Chelsea Tavares), she tries to learn why Tyrone’s sister is back. Billy (Taye Diggs) is excited for a fresh start at South Crenshaw High, but he must confront something from his past first that could be a roadblock to his success. Meanwhile, Jordan (Michael Evans Behling) and Simone (guest star Geffri Maya) struggle with saying goodbye to someone they love. Samantha Logan, Cody Christian, Monet Mazur and Karimah Westbrook also star.

How to Survive in South Central
Both Spencer (Daniel Ezra) and Billy (Taye Diggs) are not getting the hero’s welcome they expected from the football team and quickly realize they need to adjust their style and start earning the team’s trust first. Jordan (Michael Evans Behling) is surprised at who the new football coach at Beverly turns out to be and that his starting quarterback position is threatened when the coach starts shaking things up. Coop (Bre-Z) and Layla (Greta Onieogou) get into an argument over Coop’s tour paycheck, which leads Layla to discover why Patience (Chelsea Tavares) left the tour early. Meanwhile, Asher (Cody Christian) is keeping a secret from Olivia (Samantha Logan) that could jeopardize their relationship. Monet Mazur and Karimah Westbrook also star.

High Expectations
With the first game of the season coming up, Spencer (Daniel Ezra) starts to feel the pressure on and off the field. Spencer decides to confide in Layla (Greta Onieogou) who might have a helpful suggestion. Now that Spencer and Billy (Taye Diggs) are gone, Jordan (Michael Evans Behling) realizes he needs to step up. Asher (Cody Christian) keeps trying to talk to Olivia (Samantha Logan) about the summer, but she does everything she can to avoid the issue. Meanwhile, Coop (Bre-Z) is unconvinced that Tyrone’s sister, Mo (guest star Erica Peeples) has good intentions, and maybe she is just paranoid, especially when she learns of some key information pertaining to Spencer. Monet Mazur, Karimah Westbrook and Chelsea Tavares also star.

My Mind’s Playing Tricks On Me
Following Layla’s (Greta Onieogou) advice to see a therapist, Spencer (Daniel Ezra) tries to get to the root of his problem, which leads to a shocking revelation. Jordan (Michael Evans Behling) grows concerned about Simone’s (guest star Geffri Maya) behavior, but when he learns the reason why, he tries to be supportive in the way she needs. Even though Asher (Cody Christian) is still suspended, he tries to prove himself to Montes (guest star Alexandra Barreto) and earn a potential place somehow on the team. Meanwhile, Coop (Bre-Z) wants to make a music video and turns to the community to help, while Layla and her dad face off about Patience (Chelsea Tavares). Taye Diggs, Monet Mazur, Samantha Logan and Karimah Westbrook also star.

How Come
After Spencer (Daniel Ezra) gets some sage advice, he and the team rally around Chris (guest star Spence Moore II) to help him with his trauma, leaving Spencer to realize it’s time to be honest with Coop (Bre-Z) to get over his. Laura (Monet Mazur) grows concerned about Olivia’s (Samantha Logan) sobriety when she notices a change in her behavior, resulting in Laura doing something that could jeopardize their relationship. Jordan (Michael Evan Behling) gets sidelined during a game, but his eagerness to get back on the field might have a long-term consequence. Meanwhile, Layla (Greta Onieogou) hits a dead end with her lawsuit, so Patience (Chelsea Tavares) takes matters into her own hands knowing Coop won’t be happy when she finds out. Taye Diggs, Cody Christian, Karimah Westbrook also star.

Teenage Love
With everything that has been going on, Spencer (Daniel Ezra) needs some alone time to clear his head and decides to go to the family cabin, but he gets a surprise visit from his friends. Grateful for the support, everyone seems to be having fun, until secrets come out leaving some of the couples out of sorts with each other. Coop (Bre-Z) is still reeling from everything Spencer said and with the urging of Patience (Chelsea Tavares), heads out to the cabin to confront Spencer. Meanwhile, Billy (Taye Diggs) shows up to the house to do a few repairs, but when things go awry, Billy and Laura (Monet Mazur), work together to fix the problem. Cody Christian, Michael Evans Behling, Samantha Logan, Greta Onieogou and Karimah Westbrook also star.

What do you think All American, Season 3 tv serie? Can you share your thoughts with other peoples?

I absolutely love this show! You should definitely watch it!

bruhhh no cap i been waiting on this 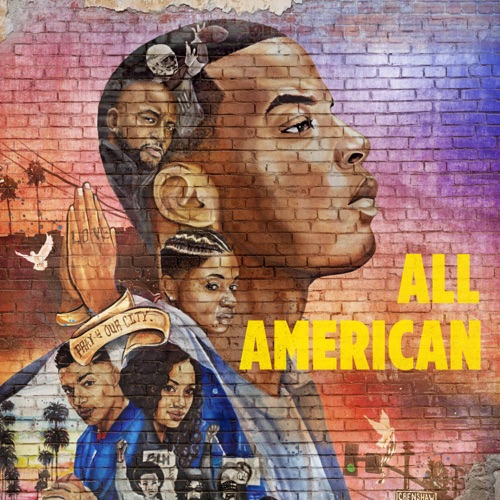