In season one, the Drew Crew helped Nancy (Kennedy McMann) discover the stunning truth that Lucy Sable, the ghost who’d been haunting her all season, was her biological mother, and her biological father was corrupt billionaire Ryan Hudson (Riley Smith). Season two is a direct pickup from season one, so it will span the autumn of 2019, during Nancy’s gap year before college. Ryan will attempt to redeem himself through forging a father-daughter bond with Nancy while keeping her parentage a secret from the rest of his powerful family. Nancy will also find a way forward with her adoptive father Carson Drew (Scott Wolf) by becoming an investigator for his legal practice. Her adventures will bring the Drew Crew standalone cases, new romances, and emotional journeys of self-reinvention as Nancy tries to navigate with both her biological parent and the man who raised her – but the compounding intrigue and menace of the Hudson family will ultimately force her to make a life-altering choice. Nancy Drew, Season 2 Wiki

Set in the summer after her high school graduation,18-year-old Nancy Drew thought she'd be leaving her hometown for college, but when a family tragedy holds her back another year, she finds herself embroiled in a ghostly murder investigation — and along the way, uncovers secrets that run deeper than she ever imagined.

The Search for the Midnight Wraith
Nancy (Kennedy McMann) and the Drew Crew are still reeling from witnessing the visions of their deaths. They realize even more so now that they need to come up with a plan to stop the Aglaeca before it's too late. Meanwhile, Detective Tamura (guest star Ryan-James Hatanaka "Nurses") shows up at The Claw to bring Nancy in for questioning as she is now a suspect in a mysterious comatose girl's assault.

The Secret of Solitary Scribe
With time running out, Nancy (Kennedy McMann) and the Drew Crew come up with a plan that they think might help reverse the curse that the Aglaeca placed on them. Leah Lewis, Alex Saxon, Tunji Kasim, Maddison Jaizani and Riley Smith also star.

The Fate of the Buried Treasure
Nancy (Kennedy McMann) and the Drew Crew race against the clock to find a way to destroy the Aglaeca before she can destroy them. Meanwhile, Ace (Alex Saxon) reaches out to Carson (Scott Wolf) for a favor.

The Drowned Woman
Tensions flare between Nancy (Kennedy McMann) and the Drew Crew as they continue to fight the Aglaeca. Meanwhile, Bess (Maddison Jaizani) makes a mistake that could cause all of them their lives. Lastly, George (Leah Lewis) has a beautiful bonding moment with her sisters.

What do you think Nancy Drew, Season 2 tv serie? Can you share your thoughts with other peoples?

This is really one of my favorite shows, it is scary, but fun! The characters are really well developed and Ace is very funny! I would say it hasn’t gone down hill on the second season, which is a surprise since most shows tend to go down after the first season. The only thing I would say, is that a seven day period lasts at least five episodes, but that is just one of my pet peeves. The show is more realistic than other Nancy Drew shows/movies. (Other than the fact it is about ghosts; not saying that they are not real, but you know what I mean.) Anyways, I would recommend this show anyone above the age of 10, since it can be scary. Also just to point out, they do have some adult scenes, so if your watching with kids just skip over it. I hope this helped! Have a nice day! 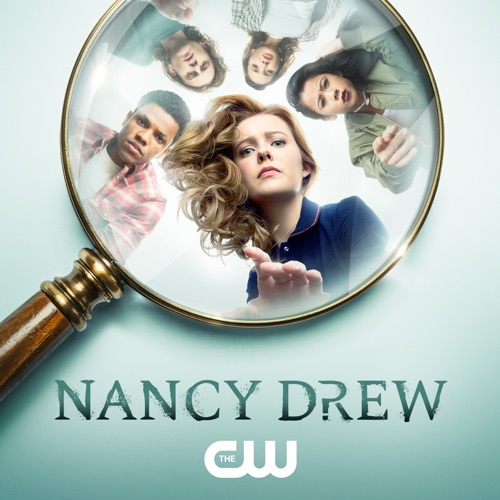