An eye-opening four-part series reexamining one of the most powerful and polarizing political couples of our time. Award winning documentarian and journalist Matt Tyrnauer combines archival footage, exhaustive research and first-person accounts from the couple’s inner circle to craft a revealing portrait of their unlikely rise from Hollywood to the presidency – and Nancy Reagan’s powerful position at the helm of their unprecedented partnership. A story of power, its legacy and a political performance few knew until now. The Reagans Wiki

The Reagans explores the many surprisingly unexamined aspects of the Reagan White House, and how Nancy Reagan's paper-doll image was at odds with the power she ultimately wielded throughout her husband's presidency.

Part 1 - The Hollywood Myth Machine
The rise of Ronald Reagan from liberal movie star to an unlikely conservative politician who shocked the nation by capturing the governorship of the largest state. Closely examining American myths and the myth-making so expertly exploited by the Reagans to seize power, episode one also looks at the ruthless rise of the corporate political right, which led Reagan to become an evangelist for small government. Series premiere.

Part 2 - The Right Turn
A closer look at Reagan’s record on race — and a re-examination of his history as a law-and-order candidate who effectively used racialist codes as a strategy to win elections. The resonances with today’s political landscape and the tactics currently deployed by some in the GOP (and the reaction of the left) are categorical. Nancy starts to come into her own as a political force.

Part 3 - The Great Undoing
The triumph of both Reagans is explored as Ronald sets about undoing the New Deal and Great Society, setting off a political chain reaction that reverberates to this day. Nancy struggles with her image, as does Ronald. As they seem to care more about the rich and the military industrial complex than the poor, the fallacy of trickle-down economics is revealed.

Part 4 - In the Stars
The Reagans’ second term - and near-collapse of the administration in light of the Iran-Contra scandal – comes under examination. Nancy’s behind-the-scenes machinations reveal her true influence and power: expertly balancing the act of a dutiful wife as Ronald’s health declines with her quest to shape the Reagan legacy. The Reagans’ tragic inaction in the face of the HIV-AIDS pandemic is assessed with Dr. Anthony Fauci weighing in. Series finale.

What do you think The Reagans tv serie? Can you share your thoughts with other peoples?

A warts and all look at a time and a people that, somehow, no one noticed were more warts than anything else. A fair look at a pair of people that failed upward in the world drawing on miles of tape of the president saying horrifying things and input from the people that knew them or worked for them. It's a hard watch, but certainly worth your time and money. A magnificent relic of what was and what must be avoided.

Very misleading propaganda hit piece that is highly offensive and full of self-serving lies. Not recommended. Stick to the many reputable right AND left leaning news sources at the time of Reagan’s presidency that told it like it was and not how their teachers brainwashed them into thinking it was (you’ll be better off for it). The 80s are remembered so warmly by so many largely because of Reagan’s 8 years as President during them. Never forget that.

Awful series, slanderous! The obvious projection of hate and slander from the documentary makers is designed to tarnish the Regan name and destroy people who are dead and unable to defend themselves.

...the truth is coming out. The racist, homophobic, politicians that they always were to me is finally being exposed. Long time coming.

Very informative documentary he must watch

Ronald Reagan is one of this nations most successful presidents in American History, not to mention one of America’s most beloved ex presidents. Nancy Reagan is hands down one of the greatest & most influential 1st Lady’s in American history as well. Not only was she influential, but she was instrumental in teaching kids to JUST SAY NO! In fact, Nancy’s D.A.R.E. Program initiative was so popular & successful amongst parents/schools that the program is still in place for K-5 children to this day! Name the another First Lady from the last 50 yrs to leave such a positive & long lasting legacy... I’ll wait.... and if you’re about to say Michelle O is the greatest woman to walk the face of the earth, then your gonna have to name at least 1 accomplishment... An accomplishment is defined as a new policy/program which is popular with people on BOTH sides of the political spectrum, not just the nutty 25% of a party. Healthy School lunch’s and vending machines? Ya, that was about as unpopular of a policy as you can find, yet MSM still says it was Michelle I’d finest achievement lol. Even though schools dropped the program as fast as they were legally allowed. What about promoting exercise? Yep, that one really worked. More and more children addicted to Videogames and soda pop than ever before. Wow, what a stunning and brave woman she is! In conclusion, AVOID THIS TRASH “DOCUMENTARY” along with the rest of the far left propaganda shoved down our throats. Time to start fighting back!! (whoops, I might be guilty of promoting insurrection now lol. Hope I’m not impeached/cancelled from my job. 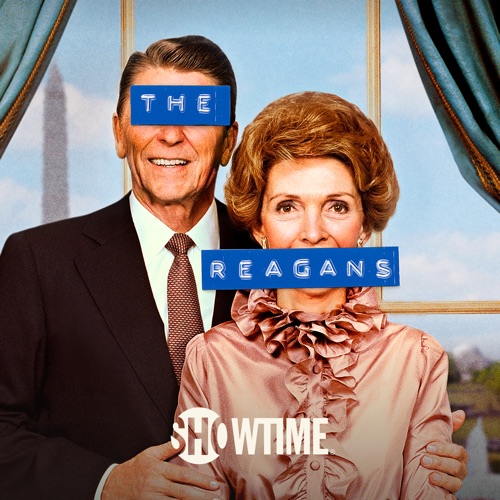