CLARICE is a deep dive into the untold personal story of FBI Agent Clarice Starling as she returns to the field in 1993, one year after the events of "The Silence of the Lambs." During the first season, Clarice (Rebecca Breeds) joins the newly instituted VICAP (Violent Criminal Apprehension Program) unit of the FBI, created by Attorney General Ruth Martin (Jayne Atkinson). VICAP leader Paul Krendler (Michael Cudlitz) has doubts about Clarice's mental fitness to serve as an agent and the usefulness of her behavioral sciences background to help them investigate murderers and madmen. Throughout the season, Clarice must convince her fellow agents Tomas Esquivel (Lucca De Oliveira), Shaan Tripathi (Kal Penn) and Murray Clarke (Nick Sandow) that there is a larger, even more sinister explanation for a series of homicides that Krendler and Martin want to attribute to a serial killer. But for Clarice to find her voice as an investigator, she must confront both the horrors from her childhood and the monsters she encounters every day. Clarice and fellow FBI Agent Ardelia Mapp (Devyn Tyler), roommates from the Academy, are each other's staunch allies within the bureau. However, Clarice learns that Ardelia's experience as a woman of color working in the FBI is very different than her own. Meanwhile, Martin's daughter, Catherine (Marnee Carpenter), continues to struggle with the trauma she endured in Buffalo Bill's basement and tries to pull Clarice back into the well with her. Clarice, Season 1 Wiki

Clarice is set in 1993, a year after the events of The Silence of the Lambs. The series is a deep dive into the untold personal story of Clarice Starling, as she returns to the field to pursue serial murderers and sexual predators while navigating the high stakes political world of Washington, D.C.

The Silence is Over
A year after rescuing Catherine Martin from the horror of Buffalo Bill's basement, FBI Agent Clarice Starling gets an urgent assignment from Catherine's mother, Attorney General Ruth Martin (Jayne Atkinson), to join the Violent Criminal Apprehension Program (VICAP) in the investigation of three serial killings.

Ghosts of Highway 20
Clarice Starling and the team are deployed to Tennessee where the FBI is laying siege against a fringe militia group called, The Statesmen.

Are You Alright?
In order to prove to Krendler and the VICAP team that she is fit for duty, Clarice must find the psychological key that will unlock a confession from the suspect in the three river murders.

Clarice - Official Trailer
Set one year after the events of The Silence of the Lambs, join Agent Clarice Starling in this new psychological thriller that takes a deep dive into her untold personal story. The series will bring you along as she returns to the field in pursuit of serial murderers and sexual predators while navigating the high stakes political world of Washington, D.C.

What do you think Clarice, Season 1 tv serie? Can you share your thoughts with other peoples?

Entertaining and well acted, but a little heavy on perceived socia;l issues and lacks hostorical perspective. Still, I will comtinue to watch and will simply ignore the built in propaganda.

I was really excited when I saw this, but have found it hard to watch. I don't like a lot of the choices that were made in writing the characters. Clarice is unstable and seems really overly emotional. In the movies, even in stressful and highly charged situations she was able to keep her cool. This Clarice started crying out of nowhere because a twenty second conversation with a cult leader made her think of her brother. A brother that wasn't mentioned in the originals, that Lector surely would have been able to suss out especially if it was that easy to set her off. I've seen two episodes and in both she jeapordized the case and endangered herself because she was too emotional. Also, I HATE that the woman that she saved in Silence of the Lambs is ALSO become a space case. I mean, she is threatening Clarice and saying horrible things to her and for no discernable reason. I mean, based on her behavior I wouldn't be suprised if she started to murder people as a way of getting Clarice's attention. Why is it that none of the women that are the focus of the show sane? Even her boss (the survivor's mother) seems overly ambitious and kind of a manipulative psychopath, which she wasn't in the original either. The only rational, stable woman is her friend and she isn't even really in it much.

Great story continuation from silence of the lambs. Very well done. This show has the same flow and feeling to it that the movie has. Nothing is rushed and that very creepy suspense builds nicely.

It’s going to be a great series.....now if they can sneak in Jodie foster they have me hooked lol

JamesMNicks - Sequel To Silence of the Lambs

I watched the premiere and enjoyed it. The series will be great.

It’s nothing more than a less creative slower version of Hannibal. If they want to do something right for fans cancel this garbage and make Hannibal season 4 the thing fans have actually been asking for instead of this garbage 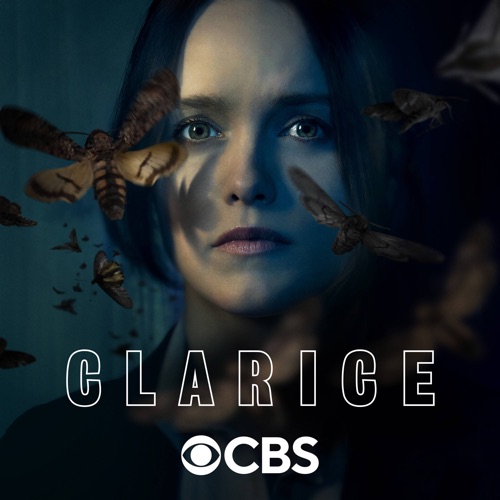