After tragically losing her father and ending her marriage, Teresa makes the decision to list her home to create a new chapter for herself and her daughters. Ready to get back in the dating game, she surprisingly meets someone new and her personal life becomes the talk of the town yet again. With her kids growing up quicker than she wants, Melissa is forced to have some uncomfortable conversations. Meanwhile, Melissa's business continues to thrive, and she becomes increasingly independent, but as she and Joe head into their 16th year of marriage, different views about the direction of their life going forward makes them both call into question the future of their relationship. Margaret's home renovations are finally coming about during quarantine, and with a fruitful career under her belt, she decides to write a book revealing the secrets to her life and success in business. But looking back on her past opens old wounds and puts a strain on her relationship with her husband, Joe. Will she have to write a new chapter? On the edge of turning 50, Dolores is feeling and looking her best after a tummy tuck and the extra time she is spending with her kids. But keeping secrets from David proves to be tricky, and pressure mounts when the other women question if she's settling for less while their commitment plans still loom. When cheating rumors swirl around her marriage, Jackie questions her relationships with the women. Will she be able to move forward, or will she decide that her fate lies with a new circle of friends? Jennifer struggles to deal with the lingering awkwardness with Melissa, along with her parents' marital issues due to the pandemic. With her father now living with her, she unleashes trouble in her relationship with her mother. And, as she continues to defend her father, Jennifer begins to wonder whether the fissures between them can ever be healed. The Real Housewives of New Jersey, Season 11 Wiki

There won't be any lazy days of summer with Bravo Media's The Real Housewives of New Jersey, returning for its much anticipated seventh season. Teresa Giudiceand Melissa Gorga are joined by new Housewives, Dolores Catania and Siggy Flicker, along with the return of a true Jersey veteran, Jacqueline Laurita. Also appearing this season are sisters Kathy Wakile and Rosie Pierri.

This season, Teresa looks to repair fractured relationships with her family and friends. Although her release from prison brings the Giudice family back together, the reunion is short-lived as they only have a few months before Joe begins his sentence. After growing closer to the Gorga family while Teresa was away, Melissa now fears it may all crumble and hopes she can start fresh with her sister-in-law, permanently putting the past behind them. Meanwhile, Jacqueline, whose main focus continues to be helping her autistic son, longs for the "Lucy and Ethel" friendship she had with Teresa and is willing to bury their history if it means a more lighthearted future. Teresa and Jacqueline's longtime friend, Dolores, is a divorced mom of two, focusing on a road toward independence as she emotionally and financially recovers from two failed relationships. Siggy, another friend of Jacqueline's, fits right in with the Jersey group with her dynamic personality and high energy, as she navigates her relationships with her children who find her overbearing at times. But just as these five 'Wives begin to form strong bonds, relationships are on the verge of breaking – and when old friends meet new friends, it may mean no friends for some.

C U Next Tuesday?
Dolores and David struggle to overcome a fight about her plastic surgery, and Jennifer is stuck in the middle of her parents' marital issues. Meanwhile, Margaret plans a girls' trip, but Teresa's loose lips threatens to destroy the entire vacation and friend group.

Licked Up and Down
As the ladies try to show Teresa the error of her ways, Jackie struggles with tension in her marriage. On the other hand, Jennifer's relationship with her mother worsens and Frank tries to repair the rift between Dolores and David.

What do you think The Real Housewives of New Jersey, Season 11 tv serie? Can you share your thoughts with other peoples? 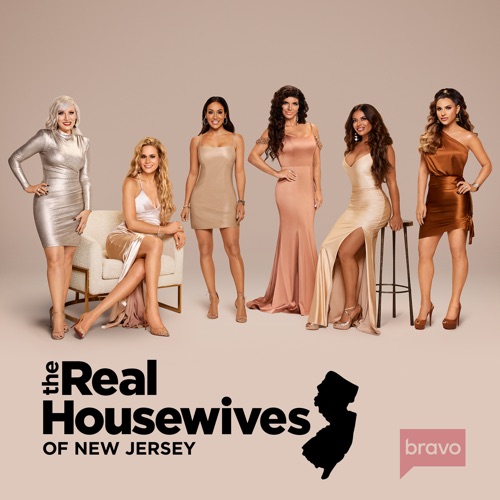