Around the World in 80 Days, Season 1 Release Date and Synopsis

London, 1872. Phileas Fogg (David Tennant) is inspired to take on an almost impossible wager--to circumnavigate the globe in just eighty days. He will need all the resilience he can muster and the assistance of quick-witted Frenchman, Passepartout (Ibrahim Koma). Joining them on the journey will be Abigail Fix (Leonie Benesch), the journalist who came up with the whole crazy idea.

Around the World in 80 Days, Season 1 Comments & Critics

Around the World in 80 Days, Season 1 Reviews

Excellent RenditionThe cast was well assembled. The episodes kept us involved. As for a Series , I’m interested as to what end..SloppyfunloverScore: 5/5

Surprisingly Well DoneThis has to be my favorite interpretation of this classic yet. Instead of the same old tropes, we get characters who show flaws and true development. It iOS definitely on my recommended list..LococoyoteScore: 5/5

Final episode 8This is my new great show. When Will episode 8 be released on itunes.Chris sneddScore: 5/5

ThanksA fine cast with well developed, well rounded characters and a script that had some slow periods that were always fogotten when the action and writing met dramatic opportunity. Well done amd totally enjoyable!.Bluedoggie48Score: 5/5

Stunning performance. Hope there is a second seriesAmazing performance by all three of the major character’s actors. I very much appreciated the soundtrack also. Watched the series on BBC then paid to own..The Original SpooScore: 5/5

GREAT SERIES!WE ARE REALLY ENJOYING THIS SERIES- great acting, suspense, fantastic! But where is the last episode. They were being released once a week, but then so many came out at once, then more, then nothing. Please upload the last episode so we know if they make it please!.OmnimelScore: 5/5

Absolute nonsenseIs it all the anachronisms or the constant pandering to wokism or the generally poor acting or just the rubbish story that they ended up with? That is all long before you bother comparing it with the source material which is the least of the concerns. The only positive in the whole thing is that you get some interesting scenic shots but why not just watch a travel series?.CannadoScore: 1/5

Around the World in 80 Days (Season 1) Full Episodes

Following an outrageous bet, Fogg and his valet, Passepartout, take on the legendary journey of circumnavigating the globe in just 80 days, swiftly joined by aspiring journalist Abigail Fix, who seizes the chance to report on this extraordinary story.

London, 1872. When Phileas Fogg receives an anonymous, hand-delivered postcard, with only the message ‘COWARD’ written on the back, he is shaken to the core. So much so that he takes on a wager against his friend Bellamy to prove that he can travel around the world in eighty days. He sets off with his new valet, Jean Passepartout, with journalist Abigail Fix joining him to document the journey.

Our trio land in the heart of the Italian countryside and hitch a ride on the train to Brindisi. But on board, Fogg encounters an arrogant bully who is challenged by Fogg’s easy rapport with his young, grieving son. Passepartout is struggling to process what happened in Paris and Fix is concerned that she may have backed the wrong horse.

When our trio find themselves stranded on the coast of Yemen, Fogg decides to take a risk and travel across the Empty Quarter with a guide, leaving Fix behind. But when their guide turns out to be a thief, Fogg and Passepartout are abandoned in the desert, and find themselves caught in a sandstorm.

When the train tracks run out across India, our trio find themselves stranded in the village of Narupani which is busy preparing for a wedding--until British soldiers come to arrest the groom, a sepoy who has gone AWOL. Fogg attempts to intercede on the sepoy’s behalf. Meanwhile, Passepartout’s loyalties are split, and in the wake of her discovery in the desert, Fix finds herself rudderless.

Our trio arrive in colonial Hong Kong, only to find that Fogg is unable to access his bank account. Passepartout suspects he knows the cause of the delay. When they meet the Governor and his wife, Fogg is sure he’ll be able to ask them for help with their onward journey. Meanwhile, Fix realizes that her latest article has been published, and is the reason for Fogg’s new-found fame.

Aboard the Carnatic, our trio are cast overboard into the Pacific Ocean by a strange man. Washed up on a desert island, Fogg is at his lowest, horrified at having brought Fix and Passepartout into this doomed adventure. As our trio focus on survival, they are forced to share secrets that split them apart. Will they be able to set aside their differences and survive their time on the island?

Fogg, Fix and Passepartout are travelling by stagecoach to the Transcontinental Railway, in the hope of making it to New York in time for the final leg of their journey. But when US Marshal Bass Reeves requires a lift to bring a criminal to justice, our trio find themselves being drawn into Reeves’ fight, and discover it’s their fight too.

Fogg, Fix and Passepartout reach New York and find the whole city is talking about them. But Fogg realizes there is someone he must find before he leaves New York. Fogg jeopardizes the wager in order to see her, unaware of other dangers lurking in the city. Meanwhile, Fix and Passepartout prepare themselves for the return to London, and what returning ‘home’ means for them both.

Around the World in 80 Days, Season 1 Screencaps, Images, & Pictures 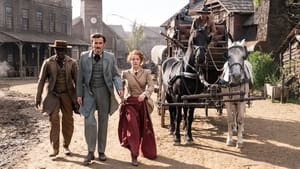 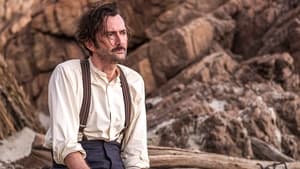 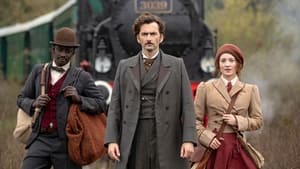 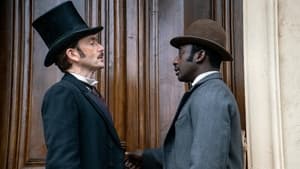 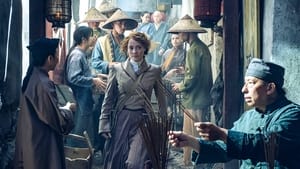 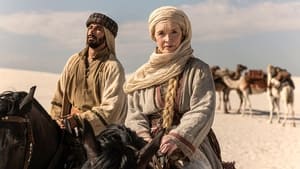 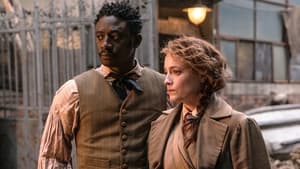 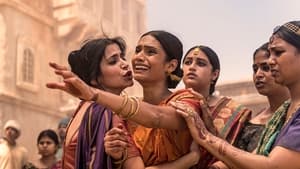 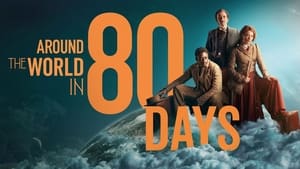 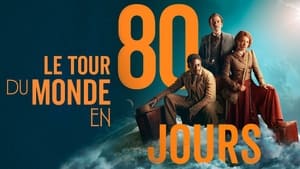 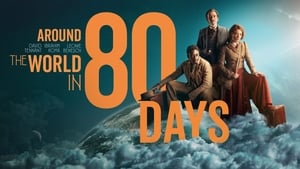 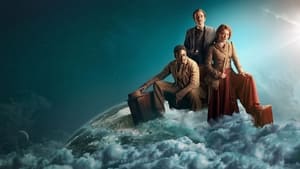 Around the World in 80 Days, Season 1 Posters 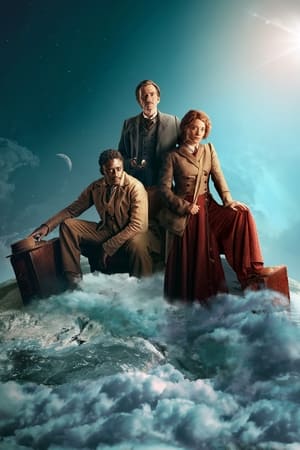 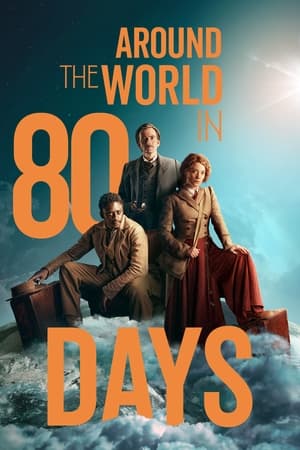 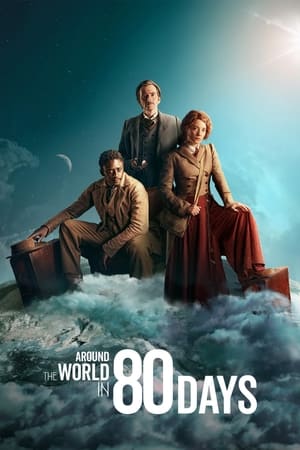 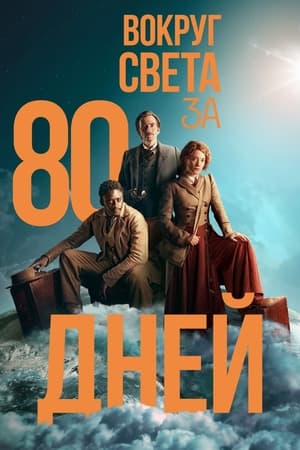 Around the World in 80 Days, Season 1 Spoilers

Here's everything we know so far about around the world in 80 days, season 1...

How many episodes will be in around the world in 80 days, season 1?
With the season now airing in January 2022. There will be 8 episodes in season 1.

Around the World in 80 Days Other Seasons

Other seasons of Around the World in 80 Days, Season 1 are not ready yet!

Around the World in 80 Days, Season 1 (TV series) Languages

Around the World in 80 Days, Season 1 Similar TV Seasons

The Rookie, Season 4The Rookie

Sgt. Grey supports Officer Nolan's desire to become a training officer and offers to ride with him for the day to get him ready; Tim and Lucy decide on their pl...

The Rookie, Season 4The Rookie

The team, alongside the LA division of the FBI, are in a race to stop bombs that have been scattered throughout the city by a suspected terrorist; the joint tas...

Familiar faces return for an extravagant wedding celebration, but tensions between former friends threaten to derail the affair. Shaunie tries to bring peace to...

Captain Strand and the 126 come together when one of their own is trapped after a building explosion. Meanwhile, Owen reflects on his 9/11 experience, T.K. and ...