Scottish actor David Tennant, known for his theater work with the Royal Shakespeare Company and performances in the films Casanova and Harry Potter and the Goblet of Fire became the tenth Doctor in 2005. This collection of special episodes represents some of his finest work as the adventurous time-traveler. The David Tennant Specials, Vol. 1 Wiki

Adventures across time and space with the time travelling alien and companions.

1 - Christmas Special: The Christmas Invasion (2005)
David Tennant, Billie Piper, Camille Coduri, Noel Clarke and Penelope Wilton star in this special which first aired in the United Kingdom on Christmas Day 2005. Written by Russell T. Davis, this is the first specially produced Christmas program in the history of the Doctor Who franchise. In the scary one hour special, Christmas has become a time of terror on Earth as all of mankind falls under the shadow of the sinister alien Sycorax.
2 - Christmas Special: The Runaway Bride (2006)
No sooner has the Doctor said a tear-stained farewell to Rose Tyler, he finds himself face-to-face with a woman, played by comedienne Catherine Tate, dressed in a fluffy white wedding dress. Who is she? Who is she supposed to be marrying? And how did she get on board the TARDIS?
3 - Christmas Special: Voyage of the Damned (2007)
Kylie Minogue joins the Timelord on a spectacular journey as the RMS Titanic crashes into the TARDIS on Christmas Eve 2007. When disaster strikes, plucky waitress Astrid joins forces with the Doctor to do battle with a host of homicidal angels but who will survive the voyage?
4 - Christmas Special: The Next Doctor (2008)
Appealing to both young and old, and regularly bringing in massive audiences, Doctor Who has firmly established itself as the family drama in the UK since 2005 with a thrilling mix of adventure, epic storylines, scary monsters and great writing. The award-winning time-travelling adventure returns with a Special penned by Russell T. Davies. It's Christmas Eve in 1851 and Cybermen stalk the snow of Victorian London. When the Doctor arrives and starts to investigate a spate of mysterious deaths, he's surprised to meet another Doctor, and soon the two must combine forces to defeat the ruthless Miss Hartigan. But are two Doctors enough to stop the rise of the CyberKing? The Next Doctor was the second most watched programme during Christmas 2008, attracting over 13 million viewers, a 52% audience share.

Ytsejam58 - Fun collection: Not for Completionists

See. Completionists shoud already own Seasons 2,3 and 4 which already include the Christmas Special as episode 1 of the series. The only thing that is exclusive to this set is The Next Doctor.

this is absolutely spectacular! YOU MUST BUY IT EARTHLING!

Mopedimus - This package is mostly duplicated

The first 3 episodes of this set can be found in Seasons 2, 3, and 4, making this set a waste. If you have the above seasons, I recommend only purchasing "The next Doctor."

I am a late Whovian but better late than never. I am 69 and was introduced to the series 5 years ago and Doctor Who is the best that television offers by far. It is extremely exciting, and I love the moral part of the Doctor! Too bad there are not more like this. Please don't give up on the series, I need my Doctor daily. I TEVO the episodes so I can watch them over and over. So glad to see this on TV!!!

idagrif - Great, BUT I HAD IT

I was excited to recieve these items as a gift, but once I looked; I realized these were in the seasons! So i had them and waisted $8. I am very angry.

Holy cow doctor who is the best show ever freakin invented! So true. Come on who doesn't like comedy, romance, action, and pretty much every other theme there is? Been luvin it since 2009 and always will no matter what. P.S wear a fez and eat a banana!

Shadowsgirl - Why Time Crash is Missing

Because it wasn't a David Tennant Special. It was a Children in Need Special and like all of those was a sort of minisode. In this case it was a 15 minute lead-in to Voyage of the Damned which was the FULL LENGTH CHRISTMAS Special. That's why. PS THE WATERS OF MARS won't even AIR in the UK until NOVEMBER so don't expect to find it here BEFORE then, okay?

The Crying Angels - The Doctor Will Knock Four Times

Who-fan - Planet of the Dead is Dead

HUGE disappointment. I'm a great fan of Doctor Who and David Tennant, and this one is awful. Simple, boring storyline. "Romantic interest"/temporary companion is uninteresting. Tennant himself seems like a parody of himself. Skip it.

This was classic Doctor Who. Impossible situations with an unbelievable outcome!!! Five stars.

PohlRBear - Knowing he is leaving makes this all the more difficult. WOW!

I have really enjoyed David Tennant. I have been a fan of the Dr since the Third Dr and Mr. Tennant is my favorite so far (No small feat sir.). This episode only serves to make it clear the next Dr will have quite the shoes to fill. This episode is creepy, exciting, humorous and implies "big things coming". In other words what I've come to expect from the current series. Well done!

If you are expecting the tv show as I was you will be greatly disappointed. This is just interviews with different individuals involved with the making of the show. I have already delelted it from my library and never would have gotten it if I had realized that it was not an episode of Dr. Who.

doctor chemist - Where is HDPOTD

When will the high definition version of Planet of the Dead be made available? It is confusing how Torchwood Children of the Dead (in High Def) was made available so quickly after it aired in Britian. I guess I do not understand the criterion as to how high def shows get put into the system. Can somebody explain??? Anyway, love all the specials. Doctor Who will allways be one of the greatest sci-fi shows on television.

Since BBCA widely touted "Planet of the Dead" as the first hi-def "Doctor Who" to be broadcast in the States, should it not be made available as such on iTunes? After all, "Torchwood: Children of Earth" (a GREAT miniseries, BTW) is available in HD. That aside, it is nice to see that Michelle Ryan has recovered from the disaster that was "Bionic Woman."

wheres Time Crash and The Waters of Mars ?!?!

Mucg - I love this show

I love this show but this season isnt that great. I like this doctor David Tennent. I am sad that they switch doctors in the end. I also like the girl Catherine Tate played the should keep her.

zaphond - Tennant Rocks... but of course.

Great David Tennnant, But when do we get Planet of the Dead?

Title sums it up: But the reason for POTD is not on it, is because it hasn't been shown in the states yet. Ugh! But yup :)

seriously seattle - The Next Doctor

A wonderful romp. Fun from begining to end. David T & David M are great together.

I am such a huge fan of David Tennant and Doctor who. Wish they put the newests ones on itunes!!! im going to miss David...Im in america so i never see anything david tennant unlesss on BBCA or scifi. anyway cant wait to watch the next doctor!!!!!

I enjoyed the first three again, fun to see Geoffrey Palmer from As Time Goes By & Clive Swift from Keeping Up Appearances. I had not seen The Next Doctor and it took me a moment to recognize Dervla Kirwa from Ballykissangel, great episode, lots of fun. BIG Question: When can we purchase Planet of the Dead that aired back in April or any of the other NEW episodes? And don't even get me started on the wait for new Torchwood!

Thank you for fixing the Dialogues Music Sound Effects and bringing it back on iTunes keep up the good work. 👍

This is simply the best show ever. And David Tennant is a brilliant actor.

David Tennant is such a good actor, he's my favourite Doctor and i love these episodes. Christmas Invasion is one of my favourites, it's so funny, you should watch it

anthroboi - Dr Who is back and better than ever!

I grew up with Dr who (and reruns of Dr Who) in the '80s and was ecstatic when the series was brought back. David Tennant is the best Doctor ever and I will be sad to see him go! This season is one of the best seasons, and Catherine Tate is my favourite out of all the Doctor's companions. People didn't think that she would do well, being known for her comedic characters such as Lauren, Nan and Derek ("How verrrry dare you!") but she was amazingly authentic and emotional and made the character of Donna into a real, 3-dimensional character. I was a big fan of Rose but after watching Catherine play Donna, she is way better. She and David made a great team! It was fun while it lasted. Can't wait to see how the new Doctor fares!

I love Doctor Who it's the best

I am a HUGE Doctor Who fan, but wanted to warn folk that while the others are good to great, Voyage of the Damned is absolutely terrible. Easily the worst Doctor Who ever. (Including the old show.) You can't go wrong with the rest, especially The Next Doctor and Planet of the Dead.

drama.queen987 - Doctor Who exceeds all expectations

Doctor Who is a hilariously funny science fiction adventure. David Tennant gives a top rate performance as the quirky mysterious Doctor Who. I recommend it to anybody and everybody.

Doctor Who is awesome I hope they put the new special up when they come out and I cant believe David is leaving!!!! The tenth Doctor is awesome, hes the best! 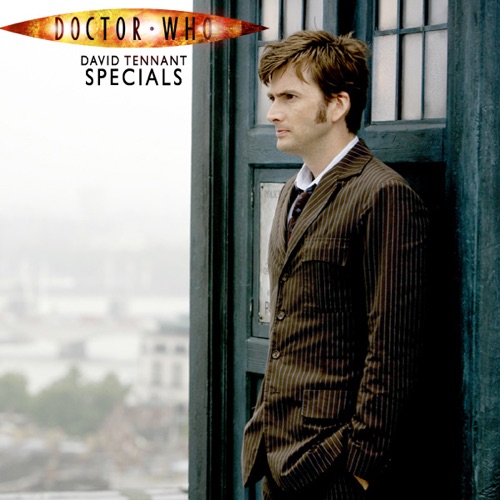